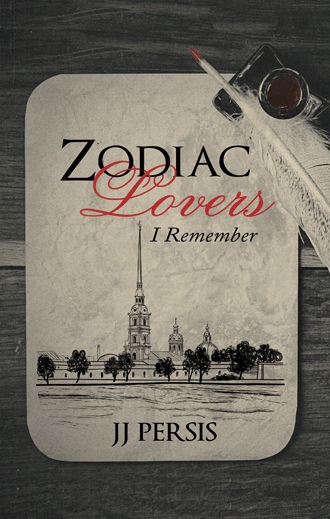 In order to love freely and unconditionally, I needed to learn to love myself first. I learned this lesson a long time ago, and because of it always felt like I was the partner who loved more and never received the same amount of love back in a relationship. My dad’s elder sister, Aunt Pari, always told me, “Make sure you find a man who loves you more than you love him.” And so I continued to search and she continued to wait in Iran for my wedding invitation year after year.

One night in 2012, while I was living in Costa Mesa, I went to see my favorite Thai massage therapist, Wendy. As I undressed in the darkly lit room, and made my way under the covers and onto the warm bed I began to think about love. I realized that by age thirty-three, which I was in 2012, I had loved four people—myself plus three uniquely different men. Coincidently, I first fell in love at the age of twenty-one, then at the age of twenty-seven and again at the age of thirty-three, each time six years apart. I wasn’t sure at that very moment what the significance of the ages or the numbers three and six might be, but I was sure time would soon tell.

Being a firm believer of astrology, my mind soon wandered to the fact that all three men were born under three different astrological signs—Scorpio, Capricorn and Gemini. This made perfect sense because I myself am a Gemini, who constantly needed change, got bored fast, and loved a sweet challenge; therefore, fell in love with men from all walks of life, yet all Iranian like myself. Perhaps it was the curious Gemini in me which kept me from distinguishing who my ideal man was, that is until I met him.

As Wendy, my Thai massage therapist, tried to bend my body in every direction possible I continued to think about these three men and the roles they played in my life and in my growth as a woman. Each of them massaged not just my body, but my soul and my heart; and at times they tore me apart inside and out.

I believed that the first love of my life was always the one I couldn’t forget. He would be the one I compared everyone to, even if he was the least compatible with me, and held the worst qualities in a man. My first love was a Scorpio and he is still quite the true definition of one. He was an only child who was raised in an unstable upbringing, and for the majority of his life had everything served to him on a silver platter due to the immeasurable financial success of his father. His downside was his sex drive, as he could never get enough from any one woman, but instead continued to need multiple partners to keep him satisfied both emotionally and physically. We would never last a second together in a committed relationship because of the many differences that existed between us. I was family oriented while he constantly fought with his parents. I believed in romance while he believed in threesomes. I stayed in love with the man I met at age twenty-one while that same man kept growing farther away from me, at times sinking into drug and alcohol addiction. We argued often because his Scorpio personality urged him to always be in charge and in control. I knew for a fact that I would never stop loving him, not even for a single second but I did stop being in love with him. If there is such a thing as a soul mate, perhaps he was mine and will be with me in my next life just as he might have been in my previous.

My second love was the infamous hard headed Capricorn, who believed he could never do wrong. To me, the second love of my life was the one I thought I was going to spend the rest of my life with, but I didn’t. He was the one who made me stronger because he entered my life during a time when I was most vulnerable and least experienced. The words “I’m sorry” never existed in my second loves vocabulary, even though he portrayed a soft heart. The symbol for the Capricorn is the Goat who often will do whatever it takes to get what he wants, and boy did my Goat ever do so. Everything had to always be his way, there were no exceptions and there was never any compromising. I could never recall a moment where he met me halfway. Primarily he got away with everything because he was the youngest of four kids and was spoiled by his mom as a child and even through his adult years. It was a true relationship between this Goat and I. Five years of my life went down the drain because of my weakness to break a heart and his stubbornness to change. Still after our breakup, I often missed him, because I was left with so many memories of him. Although we never went back to speaking terms, I hoped that one day in the future we would find our way back to being friends.

Three was to be my charm, and perhaps this was where the number six came into play—a multiple of three. My third love was the ever caring Gemini, not to mention the third sign of the zodiac. He was me. I had more in common with him than I did with my own self. He was patient, passionate, amazing fun, appreciated the simple things in life, and I’m sure just like me nostalgia was a common word in his vocabulary. My third love was the one I wanted to spend the rest of my life with. By the time I met him I had experienced about ninety percent of life’s lessons and was a grown mature adult who knew exactly what she needed and wanted. This third love came when I least expected him, and I knew at first glance that unlike the other two I could not live without his existence—both Gemini sides of him. My third love portrayed two different personalities throughout our relationship, the side that loved me and the side that despised me. He too was a true Gemini.

Now I know all of this sounded groovy and romantic, but it’s all just some bullshit my imagination and I put together in my head while I was lying down getting a massage from Wendy in the dark candle lit room. While sounds of rain and thunder filled the background, I analyzed and reanalyzed my life over and over again. I began to fantasize and pretend that my dreams were all going to come true one day, and then suddenly my one hour massage was over. I had to face reality again.

I admit, I had really fallen in love with the three men I mentioned, and god knows each one was as wrong for me as the previous. Is three really a charm though, I’m not too sure anymore. My superstition did help me get through some rough patches, but as the years passed I realized that relationships are just all a part of living and learning. Although we might not completely control our own destiny we do get to choose which path we take towards it, and I always took the road less travelled. I always needed a challenge, and to this day I think that my positive attitude and warm heart can fix any problem in the world, even my loneliness. My zodiac lovers would become the cause of much of my pain, yet each one left a print on my heart that can never be erased. As much as I loved each man, I hated him just as equally. However, I never wanted to forget any of them because they were a part of me, a part of my life.

As you will come to learn about me, I never got what I wanted in my early adulthood. However, I finally realized that I never really knew what I was in search of until I found it.

After many nights alone in bed, and numerous days empty of everything but silence, I finally found the one. I would eventually after a life time of searching find the man who would leave his fingerprints all over my soul, always a reminder that he was the only man that made me whole—my fourth and final love.

When she was just a child, Mojdeh’s life changed.

The daughter of a private bodyguard of the last king of Iran, her five-year-old sense of the world couldn’t comprehend what was happening. Her father’s ties to Mohammed Reza Shah meant that her entire family would be forced into exile. Her new life in America inspired a love and loyalty she never imagined toward her homeland. Growing up in a foreign country and culture, Mojdeh did her best to fit in with society. She never let go of her true heritage. Instead, she embraced it and allowed it to shape her.

After graduating from college, Mojdeh began a new chapter in her life. Leaving her parents and siblings behind in Texas, she moved to California with the big dreams of finding both a writing career and the love of her life. A true Gemini, she used her positive attitude to overcome hurdles. A lack of romantic insight translated into three unsuccessful attempts at love. Each man was from a different walk of life, but they shared one crucial quality: they were Iranian.

In her mid-thirties, she came to an epiphany that allowed her to find her true love. For Mojdeh, life was finally complete, but her happiness was not destined to last. Forged in fire, turmoil, and disappointment, her optimistic Gemini soul allowed her to discover the clarity and strength needed to find her true identity and be at peace.

JJ Persis left Iran in 1984, at the height of the Iran-Iraq War. Only five when she emigrated, she blossomed in the United States. As an adult, her curiosity and passion for life led her to Hollywood, where her love for self-expression guided her toward a career in writing.