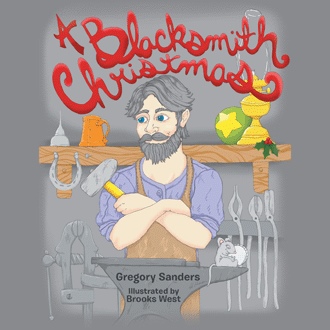 Once upon a time, before you, or your mom and dad, or even your grandma and grandpa were born, and back when Christmas had more magic and no Black Friday or Cyber Monday, there was a Christmas elf. The elf’s name was Striker. He was neither tall nor short, neither fat nor skinny, neither good nor bad, and neither happy nor sad. He just was. But naturally, being an elf, he had pointy ears; and, of course, he had magic. Striker’s job was pretty interesting. During the winter, children would hang their stockings from the mantel above the fireplace to dry. It was just too cold to put them outside on the clothesline because they would freeze instead of drying.

Every year between Winter Solstice and Christmas, Striker would sneak into houses at night and fill up the stockings. Some stockings he would fill with wonderful treasure—candies, coins, toys and tarts, shiny rings, and itsy bitsy dolls. The other stockings he would fill with coal. This caused some children to be very, very happy and some to be very sad; and you can maybe guess which kids were the sad ones. The grownups sometimes said that kids got coal because they were bad. But that wasn’t actually true—it was just a story they told so their children would behave. They thought if Robbie worried about getting coal, maybe he wouldn’t tease his sister; and that Betsy would not get in the cookies without asking.

Long ago, during each Christmas season, children worried for weeks whether they would get special gifts, treats, and treasures in their stockings or be stuck with nothing but coal. Parents claimed coal was for children who annoyed brothers and sisters or disobeyed parents, but sometimes even those who behaved the best would get nothing but a stocking full of black disappointment. There was no Santa to deliver gifts to all, and when the Christmas elf visited their home, children never knew what to expect.

The plight of two little girls, Grace and Harmony, inspires Will, their friend and neighborhood blacksmith, to do something about this problem. He begins making special toys in his blacksmith shop for his two favorite girls. Soon, this caring and enterprising blacksmith sets out to solve the stocking mystery and make Christmas a time of happiness for all children.

A picture book for people of all ages, A Blacksmith Christmas tells the story of how Santa got his start and how the elves and reindeer came to be his helpers.

Gregory Sanders lives in Minnesota and is a part-time blacksmith and songwriter and a full-time professor. He performs with the Gackle Trucker Band, known for its humor and lack of practice sessions. Sanders wrote this book for his two granddaughters and to support finding a cure for Cystic Fibrosis.