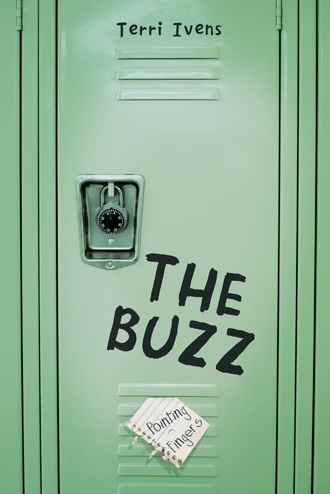 A loud, vibrating hum echoed throughout the high-school cafeteria. Heads bobbed along the rows of tables filling each corner of the dining hall. A slim, dark-haired girl who looked to be barely a teenager stood just beyond the cashier, food tray in hand. The vast sea of faces, like crashing waves, knocked her back on the soles of her feet. With each step forward, she asked herself, Where do I sit? A growing fear of people overwhelmed her. She circled the cafeteria, drinking in fragments of passing conversations. She sat near a wall sporting a giant hawk that appeared freshly painted. The loud mass of students carried on without notice of her.
Kassia Ella had been a freshman at Procter R. Hug High School for exactly four horrible days. Kassia’s friends from middle school were zoned for another high school. She had scarcely seen a familiar face. The rare familiar students in her classes looked as scared as she felt. She was alone—“starting over,” as her dad put it. Kassia’s new surroundings intimidated her. Fear begot isolation. Like a swarm of busy bees, students hurried to and from classes, scurrying up and down the hillside campus. She stood lost in the chaos that erupted at the ringing of the tardy bell. Her high school was even bigger than it had looked from the outside. Kassia felt even smaller than she physically appeared.
Near the end of eighth grade, with her mother's approval, Kassia had tried out for Hug High School’s freshmen cheerleading squad. Forty-four girls from the three zoned middle schools competed for the four-girl freshman squad. Kassia had heard it was the biggest freshman tryout the school had ever had. She thought being a cheerleader would give her instant new friends, and it did for the summer. Two of the girls on the freshman squad became her friends.
Julia had gorgeous, long, layered chocolate hair. It was her pride. She used her hair to camouflage her braces.
Loni was the tallest at five foot six, and she became the base for cheerleading lifts. Her bangs hung in her emerald-green eyes. Julia and Loni lived in the North Valley and came from O’Brien Middle School.
Then there was Ming Sue. Kassia lost Ming Sue’s respect when Kassia voted for herself and became team captain. Ming Sue called Kassia conceited and labeled her stuck up. Ming Sue had practical experience with the label, having attended Clayton Middle School. She possessed all the old-wealth sass during summer cheerleading camp.
On the first day of the school year, during first period, the freshman class was directed to the cafeteria for the freshman-orientation assembly. The spirit leaders of the freshman class were scheduled to perform their welcome cheer. With sharp arm movements and a unison finale spread-eagle jump, they introduced themselves.
“I’m Kassia!”
“Julia!”
“Loni!”
“Sue!”
“We’d like to say hello to you, with an h-e-double l-o. The Hug Hawks say hello!”
The sea of strangers pointed, whispered, and laughed, sitting cross-legged on the cafeteria floor. Kassia’s eyes darted to the green-and-white-checkered linoleum floor. The microphone whistled feedback through the speakers as she spoke. “We competed at the University of California–Santa Barbara Spirit Camp among twenty other high schools.” She could hear the tremble in her voice.
“I’ll tell you what you can do with your two spirit sticks,” a voice hollered.
A wave of laughter crashed upon the walls. Kassia lost her train of thought. She stood there looking at the checkered floor.
“They’re not laughing at you if you are laughing along.” Kassia’s mother’s words echoed a reminder in her head.
A goofy sound came out of her mouth. She looked out into the jeering mob as if they held the key to her next triumphant thought. Kassia’s gaze locked on the third row, eight faces in on the left aisle. She just stared; all the laughter and mocking came to a deafening silence, if only in her mind. He was looking back at her. He smiled. Her knee-jerk response was to smile in return.
“Welcome, class of 1985!” Vice Principal Wellington took over the microphone. He pushed the orientation onward and pointed Kassia toward her chair on the platform. Kassia felt relieved yet energized. Her eyes searched the third row. She caught glimpses of his face between the fidgeting rows of students. She watched him not paying attention to the overhead projection of the campus map as the vice principal explained it. She watched him become the center of a murmuring cluster of jersey-wearing boys. Kassia could feel her heart beating. Her body temperature rose, and she moved uncomfortably in her chair.
“High school is awesome!” Loni whispered in Kassia’s ear.
The whole class cheered with enthusiasm at the introduction of the freshman football team. The cheerleaders led the school fight song. The freshman football team took their places on the platform. They all wore their jerseys with denim jeans. There he was—number thirty-five. He was taller than most, with dark hair and crystal-blue eyes. He stood but a yard away from Kassia, and she didn’t even try not to stare. His smile was magnetic. She was powerless. She liked the feeling. Kassia could not help but believe that this must be love at first sight.

It is 1981 in Reno, Nevada, and Kassia Ella has been a freshman at Procter R. Hug High School for exactly four horrible days. With her closest friends from middle school zoned for another high school, Kassia reluctantly attempts to start all over again.

Even though she is captain of the freshman cheerleading squad and has dreams of one day finding true love, Kassia thinks isolation is her new best friend. But all of that changes during an assembly when her eyes fall upon number thirty-five on the freshman football team and Kassia suddenly believes in love at first sight. Now Kassia has but one goal: to meet her new crush. After she finally connects with Michael at a school dance and he begins to pursue her, Kassia must battle not only gossip, jealousy, and manipulation, but also her feelings of inadequacy, self-comparison, and fear of rejection. Now only time will tell if she will be successful and find the love she has always wanted.

In this first installment in a young adult series, a teenager plagued by a fear of the unknown, her new friends, and her uncertain feelings is about to discover that life never goes as expected.

Terri Ivens has graced the television screen since she was a teenager. Most beloved for her portrayal of Simone Torres in ABC’s All My Children, Terri is now a host of her own talk show on UBN. She and her young daughter reside in Los Angeles, California, where Terri is hard at work on the next book in her series.