Enduring the Loss of a Loved One 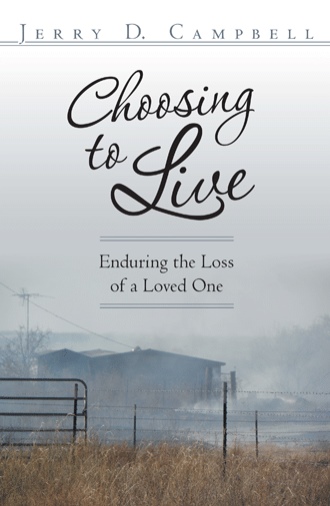 Chapter 5: Denial and the Choice

While I had built the calendar for grief to emphasize times when I could be away from the office for longer periods, no such opportunity was quickly available, and I knew that the first stage of grief, denial, was already upon me in earnest. My first effort, therefore, was to work with the necessity of grieving during the evenings and on weekends while maintaining my composure during the day at work. I also hoped that maintaining something of a typical schedule would be helpful by providing me with the reliability of a work routine and a reminder that life was going on.

Though I did not go to my office the first two days after Veta died, I did go in on the third day—Thursday. I had plenty to do from the work that had accumulated during the previous three weeks of Veta's hospitalization, but I also spent a couple of hours toward the end of the day thinking about my situation. So far, I felt that I was doing okay.

Not until I got home from work that first time did it hit me. The experience of coming home from work where everyone was in their place to a strangely empty house where Veta was missing triggered in me the most intense feelings associated with the first stage of grief—denial.

Throughout Veta’s three-week hospitalization, I had company much of the time. My daughter Denise lives only 30 miles away and visited regularly with her friend Sean. My niece Julia had come to stay in our house and help sit with her aunt Veta. My daughter’s longtime friend, Abby, and her new husband, Jason, were also frequently with me. Some of Veta’s close friends came even though they were not always allowed to enter the intensive care unit. When Veta died, everyone went home. They, too, had to work and grieve.

For me, denial came in the form of disbelief, just as the book described (Grief, 8-11). For years I had understood that Veta would eventually die, and, intellectually, I had long since accepted the fact of her death as inevitable—though always assuming that I would be the first to go. But accepting something intellectually is vastly different from experiencing the impact of it as a reality. That happened on Thursday. I arrived home from work as usual. Everything looked the same; everything was in its place; but she was not there. I walked through the empty, quiet house and tried to get my feelings adjusted to the fact that she would never return. That's when it hit me emotionally like a ton of bricks.

Every aspect of our home bore Veta’s distinct imprints of taste and character. Everything cried out to me that she was still here: her cosmetics on the counter, her shoes by the bed, her clothes in the closet, her scent in the rooms. I struggled to maintain my grasp on the reality that she was gone—and that she would not be coming back. I found her absence unbelievable every time I walked in the door or through the house.

That Thursday evening, I outlined the grief calendar.

Friday was the same. I went to work and returned home to an empty house in the evening with an overwhelming sense of disbelief. And there were other triggers for disbelief. Finally, I was recovering my appetite, and it dawned on me that there was no fresh food in the house, literally. Since Veta had been in the hospital for almost three weeks and before that was in a wheelchair to keep off her ankle, no one had been grocery shopping. I had eaten everything—or let it spoil. While Veta was in the hospital, I had often eaten in the hospital dining room or in nearby restaurants. During that time, several evening meals had also been prepared by my daughter's friend Sean. Now that family had gone, not only was there no one to greet me when I came home, there was no dinner waiting, no one to ask over a meal how my day had been, no one with whom to talk about the day over a glass of wine. And no food for me to prepare.

Neither would the mail take care of itself; I found the mailbox full. It was quickly stacking up. Veta was widely known and loved, and the first of what would be hundreds of sympathy cards were beginning to arrive. Bills were also in the growing stack. And as if to emphasize her departure, the homeowners’ association notified me that day that I would be fined if the trees were not trimmed. Who on earth trimmed our trees? It was one of the myriad things that Veta took care of each year. Time and time again with each new issue that hit, I was struck by disbelief. I realized that the situation would not change until I found a way forward; it would only intensify.

Alone and flooded with such feelings, I poured myself a glass of wine (something that Veta would typically have done for me) and sat down to think. We didn’t have wine every night, but we did occasionally, especially when I got home from work and we wanted to sit quietly and talk before dinner. As I sat and pondered, it suddenly hit me that sometime, somewhere I had encountered the statement that one sign of an alcoholic was that he/she drank when alone. Though I found some grim humor in the thought, it immediately occurred to me that I actually put myself in a precarious situation by drinking alone in my current state of mind.

Veta’s absence changed everything. While my sudden change of circumstances did not mark me as an alcoholic, I knew clearly that without Veta there to talk and make a single drink a part of a pleasant conversation and dinner, I would be tempted to pour another and another and another. After further thought, I decided when alone to give myself a two-glass limit, just to be cautious. In retrospect, that was a good decision. The temptation to drink away the burden of missing Veta was compelling on more than one occasion, especially when the stage marked by depression hit me, and it took considerable willpower to remember my limit and stick with it.

Though the moment with the glass of wine focused me on that issue for a few minutes, I quickly returned to the main subject—how to move forward in the midst of my shock and disbelief over Veta’s death and the malaise it cast upon me. Veta died on Monday; it was only Friday. As the first weekend began, it was time for a serious effort at assessing my location on the grief journey that had been thrust upon me.

Was Life Worth Living Without Veta?

As I examined the feelings of disbelief described above, I realized that this first phase of grief held an oddly tempting danger, that of being overcome and slipping into a personal emotional shell. I could easily see myself deciding just to give up. I could retire and drop out of sight. Who could blame me? In addition, I realized that there was another, more selfish concern mixed up with denial; it was self-pity. With this flipside of denial I had turned inward, concerned with how I could cope with all the implications of Veta's absence, indeed, how I could survive without her. Not only was Veta gone; I was alone. Simultaneously missing someone and feeling the impact of being alone is a powerfully negative combination of feelings. The prospect of life without Veta was more than daunting.

The Broken Heart Syndrome: As I pondered my situation, I recalled reading something about an increased incidence of death among surviving widows/widowers within the first six months after the death of their wife/husband. To confirm my memory, I googled the topic and, indeed, found quite a number of articles that report such a finding based on a variety of sophisticated studies. I was, I then knew, in danger of dying from what is often dubbed the “broken heart” syndrome. I could feel the truth of it. Coincidentally, as if to reinforce the impact of the conclusion reached by the various studies, one of my dear sisters-in-law told me on the phone that I must take care of myself

When Jerry D. Campbell met his co-worker Veta, there was a policy that forbade employees from dating each other. Of course, they broke it – and ended up being sweethearts for forty-seven years.

But when Veta died in April 2010, she left behind a husband devastated by grief. By forcing himself to work through it, he was able to deal with his loss while still enjoying life.

If you’re dealing with the death of a loved one, you can’t run away from it. In this guidebook to working through loss, you’ll learn how to:

• develop a grief calendar that will help you cope with loss;

• maintain a positive attitude as you work through new challenges;

• continue to go about daily life even though you may be alone.

You’ll also learn about the five stages of grief identified by Elisabeth Kübler-Ross and why the author thinks it’s necessary to get to a sixth stage – one he identifies as growth.

By knowing what to expect when a loved one dies and seeing what worked for the author, you’ll find it easier to work through your own loss by Choosing to Live.