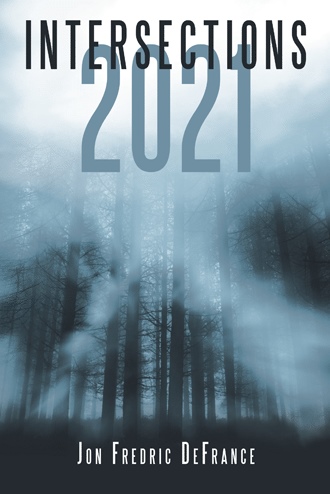 Mammoth cirques of granite sat above the gauzy fog as a ghostly chill sat below in the glacial-carved valleys. Mount Katahdin, the northern end of the Appalachian Trail, has been the wonder of pioneers and poets alike and has always been slow to reveal its mysteries—if at all.

In the fog and failing light of sunset, Gage Whitehawk of the Maine Warden Service drove his SUV along the uneven gravel road. Roaring Brook campground lay mere minutes ahead. That region, along with most of Katahdin’s eastern side, had been closed to the public for months. Assuming the area to be vacant, however, was just that—an assumption.

The closure order had come from the attorney general’s office in Augusta. That was no assumption. Rumors nevertheless abounded throughout Maine’s Department of Inland Fisheries and Wildlife that the order had originated in the Pentagon. The exact source of the order was nonetheless more obscure than Katahdin’s horseshoe ring of peaks in a blizzard.

During reduced visibility, potholes and unassuming moose were known hazards of Baxter State Park. The unknowns, however, were mostly responsible for keeping the warden on edge. He knew that well from patrolling the northern reaches of Maine for more than a decade. Indeed, these were the times poachers found almost irresistibly inviting, advantaged by the park’s unspoiled wilderness, empty trails, and nature’s cloak.

Warden Whitehawk was less than two miles from the campground when images off to his left caught his eye: vague outlines of three vehicles. No need for signage to know they were in the small Avalanche Field parking area. As he came to a stop, the warden glanced to his right. Haze hid the trailhead for a popular hiking route, but it had to be there. With a longer look back to his immediate left, he made out a compact car and an SUV, side by side, backed neatly against rustic fencing. His eyes went to the far corner of the clearing, where a third vehicle was obliquely parked without apparent forethought or courtesy. Suspicions bubbled.

Before beginning his rounds, he had stopped at the Togue Pond Gatehouse. Although it was the main entrance to the park, finding the smallish sentry shed unattended was not unusual after the summer camping season, which had ended the prior day for the entire park. A note left for him on the hanging clipboard indicated that the rangers were out checking for lingering overnighters in the western wilderness camps. An updated day-use parking list was underneath. Only a handful of hardy souls had registered for hikes on various trails—and only two vehicles were self-registered for the Avalanche Field parking area. Yet there were three.

The warden quietly slipped into the parking area with headlights and fog lights off. He coasted over and stopped in front of the pair of vehicles: a compact car with a Maine license plate and an SUV from New Hampshire. In both, permits were properly displayed behind the windshields; everything seemed in order.

A quick look ahead at the third vehicle—the oddly parked pickup truck—caused a frown. A tap on the accelerator moved him closer. It was an older, extended-cab model. Warden Whitehawk studied it like a hungry bobcat would study its prey. Another tap on the accelerator. His frown deepened upon seeing the amateurish camouflage paint job. Somehow fitting was the trauma that lavishly marred the driver-side fender and door, along with the multiple areas of rust around the lower fender edges. He then noticed the missing front license plate. That was no surprise—and neither was the lack of an entry permit. Suspicions were brought to a roaring boil. Still, however derelict it appeared, there was no reason to suspect it had been abandoned. More likely, it would be material evidence of ongoing illegal activity.

The warden parked in a way that would stymy any escape attempt. With his passenger-side window lowered, he stretched in his seat to look toward the Katahdin Lake trailhead and listen carefully. He saw little and heard even less. With eyes still wide and ears still perked, he got out and slowly approached the truck. Its side windows were rolled down. A foul whiff brought him to a sudden stop. With a scowl, he took a step closer and then leaned in for a look. He recoiled at an indescribable mix of smells. Disgust replaced the scowl. After trying to wave away the odors while holding his breath, he slid over to look through the back window. Hunting gear was strewn amid mounds of litter. Based on the variety of empty gun cases, small ice chests, jackets, and trash, there was more than one malefactor.

Gage Whitehawk walked to the back to see if there was, by some chance, a rear license plate—blowing deeply to rid himself of the smell. It was from New Hampshire. And the registration was current. After more breaths to clear his lungs, the warden called the automated messaging service of the park office in Millinocket. Nothing unusual had been posted. In fact, nothing at all.

Tracing ownership of the truck was next—a straightforward chore using his SUV’s computer. The warden had just taken a few steps toward his vehicle when faint sounds caught his ear. He swung about in the direction of the trailhead. As he walked slowly to the other side of the road, the sounds grew louder and hurried. Huffing became part of the mix. Then, frenzied shouts of “Oh God!” came in multiples. People were frantically scrambling his way.

What if humankind were suddenly faced with an alien visitation? How would governments react? How would people react? Would governments deny their existence? Would people reflexively react with fear and/or hostility? Could governments react sensibly? Could people overcome their innate fear of the unknown and dislike of differences to warmly welcome such strangers—to greet them with open minds and open hearts? Is it even possible to resolve the conflict between these human instincts and morality? The answers to these questions not only matter in this tale of irony and moral conflict, they also matter to modern society.

This story about humankind’s first contact with an extraterrestrial intelligence is in the tradition of ‘hard’ science fiction. The author strives to build a bridge between classical moral theory and modern neurobiology. It is compelling and provocative, entertaining and informative—and a somewhat different approach to storytelling.

Jon Fredric DeFrance is a clinical neuropsychologist and neuroscientist. As a popular lecturer and author of numerous scientific works, he brings humor and a neurobiological understanding of morality to his stories, telling a tale that is informative as well as entertaining. Jon currently lives in Alfred, Maine.