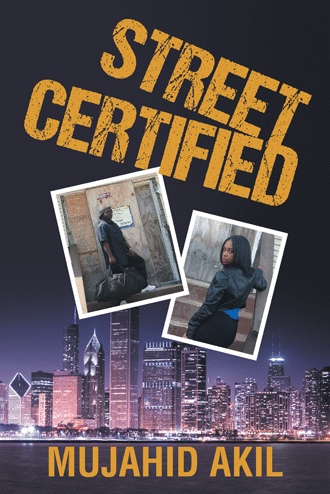 She said “Son, do you know what time…”

Slaming his shoulder into the door, General broke the chain, splintered the frame and sent the old lady to the floor.

He stepped in, slammed the door, raised the uzi til it was aime at her face and said “Scream bitch and I’ll kill ya!”

She sat on the floor astonished. Tryin to gather herself she said “Do you know who I am, boy? Who my son is? If you git the fuck outta my house, rite nah, then you might make it thru the night.”

“Listen, you ole scurvy bitch,” General whispered as he clutched her collar and snatched her to her feet “I don’t give a fuck bout you or yo piece of shit, rapist ass son. Now git on that phone and call’em up before…”

Nobody’s gonna be doing no nuthin round here, I reckon. You can put that there pistol down and git ye offa me damn property” said the old man who was pointing a shotgun at General.

Wit the quickness of a venomous snake, General shielded himself wit the ole woman and put the barrel to her temple while holdin her around the nick.

“Nah nah pops” General said wit a sneer “You gonna sit yo ole , ancient ass down and let this crow make this call or else I’mma help yall ass make it to the finish line. Now drop that mufuckin shotty ans sit yo loe ass down.”

“Fraid I an’t be doing that” the old man said, digging in his heels. “You gots my woman there. Unass my woman, boy!”

At that, General squeezed the trigger and 9mm bullets sliced thru her head at the speed of light. Blood, brains and bone splattered all over General’s face and hoody. The old man was in a state of shock, so general didn’t hesitate to pump 20 rounds into his chest.

The 2 had been married for over 40yrs. Now, as General made his exit, they continued to lay together in death as they had done so often in life.

Colorful, uncensored, and captivating, Street Certified brings readers into the fast-paced, dangerous lives of the confident, proud hustler, General, and his young, beautiful girlfriend, De-De. At nineteen, he is at the peak of his power, bold, cocksure, and unstoppable. De-De is the most popular girl in her freshman class, and at only fifteen, she has the beauty and power to write her own ticket. He makes good money and treats De-De like a young queen of the ghetto. But her bright outlook is about to come to a crashing and violent halt—and only her General can make it right. After she is brutally raped, an enraged General launches a raw war of violence, vengeance, and nonstop mayhem on the people responsible for hurting his lady.

There’s a war going on out in those Windy City streets, and General is in charge. Although his son doesn’t share the same nihilistic viewpoint as his feared and famous father, he’ll learn that being street certified isn’t something you choose—it chooses you.

Mujahid Akil spent the first seventeen years of his life gangbanging on the mean streets of Chicago. Following a conviction for a 1996 murder, he spent the next fifteen years as an IDOC prisoner. Today, he’s a successful barbecue chef, dedicated parent, and motivational speaker for people struggling to find the right path. He is the father of two children, Star and Scrappy, and husband to Charlotte.