The Battle Hymn of the Republic Illustrated 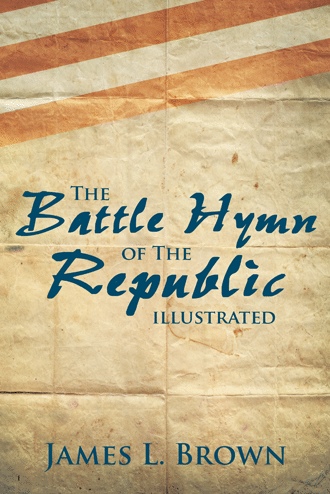 Roughly 150 years ago Julia Ward Howe wrote the battle cry for the United States, or Union, during the U.S. Civil War. She was inspired by the music of “John Brown’s Body” and from the events transpiring around her during those trying times in our nation. “The Battle Hymn of the Republic” would be purchased by The Atlantic Monthly in 1862 for very little money, but it would become priceless. In creating this illustrated book I tried to use images from the U.S. Civil War to portray what would have inspired Julia Ward Howe, and many others during that period, while taking in “The Battle Hymn of the Republic”. I hope readers of this book will try to place themselves in the time that Howe’s beautiful words were crafted, and perhaps feel a little of the spirit of the hymn and its original readers. These are important years because we are within the 150th anniversary of our nation’s great civil war. I have been an enthusiastic “buff”, follower, student, etc. of the U.S. Civil War ever since I found a Union calvary belt buckle in my grandparents’ yard while digging out for their pool over 20 years ago. I have relatives that served in the U.S. Civil War. My grandfathers served during World War II. My brother and I have been more recent veterans in our country’s military. I think of these things while putting this short illustrated book together. I believe those who served and lived during the U.S. Civil War made sacrifices that most of us in our nation may never truly experience or feel again. I begin and end the images for my illustrated book with Julia Ward Howe herself. I also have the image of John Brown included, to portray a large inspiration for many during that time period. Abraham Lincoln, our nation’s greatest president, also adores a couple of the verses. I chose Frederick Douglass, who did so much for freedom, to represent a page as well. Other than those more famous people, I stuck with images of the common soldier to represent the verses. God, and Christianity, were both huge parts of life for most during those trying times. I tried to show that in a few of the selected pictures also. I encourage readers to look into these people, and others from that incredible time, on your own and learn more.

What could inspire thousands to march off, and possibly die, to reunite our nation during the Civil War? Julia Ward Howe answered that question with a passionate fervor when she wrote “The Battle Hymn of the Republic,” which was inspired by the music of “John Brown’s Body” along with the tumultuous events that divided a nation torn apart by slavery. This illustrated book not only includes the song’s wonderful lyrics but also images of the people who inspired them and fought for justice, equality, and unity: abolitionists John Brown and Frederick Douglass, President Abraham Lincoln, common soldiers, and Ward Howe herself. The words of the hymn are just as resonant today as they were back then: We continue to witness struggles that are deeply inspired by the abiding faith that come through loud and clear in the hymn’s final verse: Glory, glory, hallelujah! Glory, glory, hallelujah! Glory, glory, hallelujah! Our God is marching on.

James L. Brown, an Air Force veteran, lives in western Michigan. He has a degree in film and video production and another in health information. He is currently studying history education.