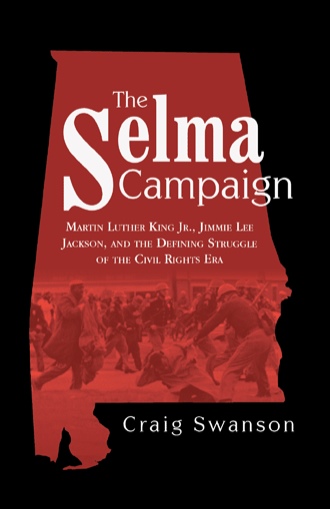 In a few minutes, President Lyndon Johnson would be standing at a podium in the House of Representatives, addressing a joint session of Congress and a national television audience about the need for a Voting Rights bill. His aides had never seen him so grimly determined before a major speech. Word had gone out in Washington that the President had prepared something special, and the closer it got to the speech time, the louder the buzz became. Cabinet members, Supreme Court justices and ambassadors were among those left scrambling for seats in the House chamber. Even the aisles were filled. The jam highlighted the fact that the Mississippi and Virginia congressional delegations and many individual congressmen from other southern states were boycotting the speech. If Johnson noticed, he didn’t seem to care. The president used the first part of the speech to frame the issue in moral terms. “Rarely in any time does an issue lay bare the secret heart of American itself,” he said. “Rarely are we met with a challenge not to our growth or our abundance, our welfare or our security, but rather to the values and purposes and the meaning of our beloved nation.” His demeanor as much as his words alerted those in attendance, as well as those watching at home, that something extraordinary was happening. Johnson was not a naturally gifted public speaker, his typically measured delivery rarely matched the lofty message he was seeking to impart, and this night was no different. If anything, he was speaking slower and more methodically than usual, taking care with every word as if a single mispronunciation or improperly emphasized syllable would detract from his singular focus. This quietly determined approach, free of histrionics and rhetorical flourishes, was perfect for the occasion. It was as if Johnson were dismayed that such a speech was necessary, and was intent on getting it right to preclude the need for repeat performances. He was placing a significant marker. Speaking for “the dignity of man and the destiny of democracy,” a somber Johnson said, “At times history and fate meet in a single time in a single place to shape a turning point in man’s unending search for freedom. So it was at Lexington and Concord. So it was a century ago at Appomattox. So it was last week in Selma, Alabama.” Declaring that the fight for equal rights for black citizens was a mission directly linked to America’s most fundamental principles, Johnson said, “There is no Negro problem. There is no southern problem. There is an American problem.” Prompting a volley of cheers, he added, “And we are met here tonight as Americans – not as Democrats or Republicans – we are met here as Americans to solve that problem.” It was the first of some 40 times the speech would be interrupted by applause. Johnson was well into the speech before making his first direct reference to voting rights. “Every American must have an equal right to vote,” he said. “There is no reason which can excuse the denial of that right. There is no duty which weighs more heavily on us than the duty we have to ensure that right.” A thunderous roar of approval greeted Johnson’s assertion that “this time, on this issue, there must be no delay, no hesitation and no compromise with our purpose,” but the emotional apex of the speech came when the president paused after calling on all Americans to “help overcome the crippling legacy of bigotry and injustice,” and then proceeded to declare: “And … we … shall… overcome!” The entire chamber was on its feet, cheering wildly. Many observers wept. Watching on television, King and several top aides couldn’t believe what they were hearing. Cheers mixed with tears as the SCLC leaders celebrated the speech, especially Johnson’s decision to co-opt a phrase that was synonymous with the civil rights movement. By making the language of the movement his own, Johnson shattered any lingering doubts about unity of purpose. The President would stand with the marchers. Johnson didn’t ask for support in this cause so much as he demanded it. “The time of justice has now come,” he said, “and no force can hold it back.” Unofficially, King was said to have been so moved that his eyes were red and brimming with tears as he watched the speech. Officially, he said Johnson “revealed great and amazing understanding of the depth of the problem of racial injustice.” Other civil rights leaders expressed similar sentiments. C. T. Vivian called it “a victory like none other,” adding, “It was an affirmation of the movement. It guaranteed us as much as anything could that we would vote and that millions of people in the South would have a chance to be involved in their own destiny.” John Lewis, who typically was distrustful of the president’s political machinations, felt Johnson on this night “was a man who spoke from his heart, a statesman, a poet.” But James Bevel put it best, contending that it was actually more sermon than political speech. “I think there was a genuine sense of love and respect that went from Johnson to all people,” he said. “The President wasn’t politicking. He was very serious about what he was saying, and people heard him and they knew that he was right.” But old suspicions die hard and old fears are not easily overcome. Some black observers were afraid that the speech was so strong it effectively made Johnson the nation’s leading civil rights advocate. That made one, J. L. Chestnut Jr., uncomfortable. “It suddenly dawned on me that King was no longer the number one civil rights leader in America,” he said. “Lyndon Johnson was. I was afraid we had been outfoxed and were in danger of being co-opted. If he …. set our agenda, did this mean the end of the movement?”

Troopers, advance! Those two words, shouted by a police commander in Selma, Alabama, some 50 years ago, changed the course of U.S. history. The date was March 7, 1965. The scene was the Edmund Pettus Bridge. And the resulting violence spurred an appalled nation into action. The Selma Campaign chronicles one of the most successful – and deadly – protest campaigns of the Civil Rights era. In doing so, it renders a fascinating portrait of life in the Deep South during the mid-1960s. Author Craig Swanson focuses special attention on the movement’s “foot soldiers,” those otherwise ordinary people who gave so much of themselves in seeking the ability to vote despite the constant threat of personal harm. Beginning with Martin Luther King’s selection of Selma, Alabama, as the site for his voting rights campaign and concluding with legal proceedings against a state trooper whose gunfire precipitated the now-famous march to Montgomery, “The Selma Campaign” is the definitive word on a remarkable series of events that culminated in what many consider the country’s single most important piece of civil rights legislation.

Craig Swanson is a retired newspaper editor. He lives in Pleasant Prairie, Wisconsin, with his wife, Diane. They have three grown children, Amy, Jon, and Eric. He’s also the author of Something in the Air: Rock Music and Cultural Upheaval in Mid-60s America, which was published by Tate Enterprises in 2013.