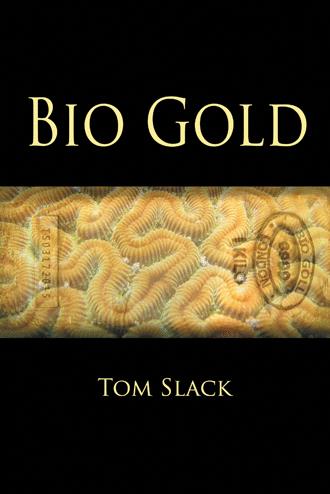 ANDY THOUGHT IT ODD that a Midas client wanted to meet for lunch in a strip joint, Caligula, located five miles from his plant, near Goose Bay in Massachusetts off I-95. It was noted for its large breasted strippers, and late night muggings.
Andy, an overweight divorcee, secretly wanted an excuse to feast his eyes on their beauties, but never had enough nerve to go it alone. He scanned the Caligula parking lot to make sure that none of the prudes from his office were here.
He was blinded when he entered, and it took several minutes before his eyes adjusted to the dim light. It was a muggy August outside, but inside the air was cool, although a filter was needed to kill the smell of fermented liquor and cigarette smoke.
Instructions from his client were clear, look for a man who wore a red ball cap. Andy scanned the noon crowd, and spotted one. Such a person was seated at a horseshoe shaped stage. He walked over and scooted back a chair near him. The client turned.
“Hello there partner. Are you Andy Bowfinger?” The client said in a raised voice.
“Yes,” Andy said. He scouted around for familiar faces before he sat. “Excuse me, but I did not catch your name over the phone.”
“That may be because I did not give it to you, but my name is Lucas Brooks.”
“You said a client of ours out of New Orleans recommended us, and you are interested in our services.”
“Correct Andy, but let us get our priorities straight. First, we need a couple of ‘businessmen specials’ and a pitcher of beer.”
“What is the special?” An ironic name, he thought. Everybody in here appeared to be either a truck driver or a construction worker.
“A greasy burger with fries.”
Brooks caught the eye of a waitress, and motioned her over. Red headed, scantily clad, overweight, in her late forties, she trotted over within inches of Lucas. And though she was ugly as sin, he thought he may stay behind and hustle her. He touched her plump rear, and she immediately popped his hand. Accustomed to such behavior, she ignored his crudeness, and took their orders.
A pitcher and two mugs appeared minutes before the next act. Lucas, not wanting to miss a second of the show, poured two beers.
“My friend in New Orleans sends coral from Hawaii to your plant,” Brooks said as he leaned back in his chair and tossed down a gulp of cold beer. And that was all he knew. Brooks was on a fishing expedition. He had no idea what Midas did with the coral. Neither did he know who was having it processed. He had traced an airfreight shipment to Midas Refining from California. Now, he gambled that he could weasel enough information out of this unsuspecting idiot to identify Mr. X.
Two days ago, Lucas called Midas asking for a sales person. Instead, he was transferred to Andy, an accountant. Andy sometimes answered sales calls when they were shorthanded.
“I am considering a similar business,” Lucas said. He poured another round of beer. “And I would like to ask what you charge for processing coral?” His plan was to pump enough beer into Andy to loosen his tongue.
Andy could already tell this meeting was a mistake, but he believed his B.A. degree warranted more than crunching numbers at a smelly refinery. What he really wanted was to join an exercise club and lose seventy or eighty pounds, but he was short of the required bucks needed for such a program. If only his fat ex would remarry. Her alimony alone would easily pay for a club, with plenty left over. At thirty-five, with average looks, he envisioned a better job and a girlfriend. Unfortunately, for the present, he would have to grin and bear it.
“I am well aware of your friend’s shipments,” Andy said. “No one else sends us a product in that form. You need to understand we charge extra for dealing with coral. Coral is messy; something we rarely contend with.”
Lucas poured another round. “Drink up. The Beer is on me.” Then he sat the pitcher down. “If you would not mind, I need to make a pit stop, Andy. And while I am gone, watch these wenches, don't let them get the best of you.”
Lucas chuckled as he walked away, and ordered another pitcher on the way to the latrine. He was sure the short, fat puke would be ready for mug number four when he returned.
Nadine, the redhead, delivered the specials shortly after Brooks reseated. Lucas, noticing a low level in Andy’s mug, commenced with a refill. “Drink up buddy; this is all on ol’ Lucas.”
Andy watched the first stripper remove her flimsy bra, and took a huge bite from his burger. And though his head was beginning to spin, he wouldn’t admit it, but he was having fun.
Lucas, without Andy noticing, filled his mug, again. “Drink up Andy. So the coral is messy. What do you charge?”
“We charge by the troy ounce.”
“An ounce of what, for pete sake?” He was tired of playing games with this worm. He downed a big gulp of beer.

A desperately poor, unemployed Cajun in a small Gulf coast town in Alabama snoops around a plant where a mysterious metal is processed. His best friend has promised him a big reward for information concerning this metal, but neither realizes the life threatening danger involved. Soon after, his partner-in-crime, Lucas, halfway around the world, makes a shocking discovery.

His boss, Ellen Thornton, a young Biochemist has developed a unique mining technology using a marine invertebrate. This technology has allowed her to amass a fortune in her New Orleans firm. However, betrayal by a cunning employee threatens her empire. But, a former boyfriend, and a private detective are drawn into the mystery.

Tom Slack was born in Louisiana and holds a PhD in Chemical Engineering. When he is not writing, he performs process engineering on chemical plants and refineries. Tom and his wife, both enthusiastic tennis players, live in Houston, Texas with their Cavalier King Charles spaniel.