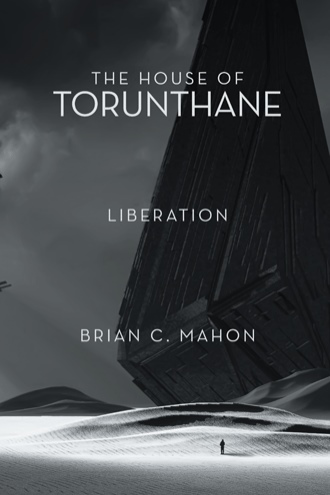 “The screen now began to flicker, the images coming in only second long bursts, and to his curse-fueled frustration, the Mage could only see parts of the terror that would soon envelop his city, Jurda. Picture after picture came through, interrupted by periods of blackness, which were accompanied by whatever swears or oaths that seemed appropriate. First, he saw some half dozen Shekethrum warships descending to Jurda; their prows glowing with the same silver-blue that had ended the Corthul’s life. Then the screen flickered off. Then on: showing the insides of the city, as gun mounts and defense towers of all sorts and sizes began to rise out of the city’s streets and off the sides of buildings, and thousands of small, golden portals opening and shutting everywhere: the Deltornir’s ground troops were already being transported in for battle. Each Legionnaire was armed with their standard battle-spear, readied, raised. Valiant defenders filled the open Jurda air space.
The screen shifted again to the outside view, where three of the Shekethrum warships were fending off a newly arrived set of five Creyanai destroyers. The sound of three successive explosions was heard through the screen as a larger battleship, coming swiftly through a black-colored portal, came to the aid of its Shekethrum brethren, all its guns firing into the sides of the Creyanai ships, which, by that time, had already lost their shields just as the Corthul had. The other three warships, now left to themselves, rammed into Jurda’s shield.
The view-screen shut off. Menver slowly, and apprehensively, lay his hand down on the cool leather of his book on shape-shifting. Blinking, he turned his eyes toward the small square foot window, jaw slipping at the sight. The room filled with staccato illuminations, blues scolding his eyes in repetitive sequences of three’s or five’s, followed by a random array of yellows. Between the growing dimness of the room and the bright blasts of the fights below, Menver’s senses were becoming so distraught he forced himself away from the window, hurriedly reaching for his desk, pulling from the drawer a small disk. He took his cloak from the desk’s surface, lazily thrown there when he came in from the morning’s walk, and flung it over his shoulders. Leaned up against the crux where the desk met the wall was his saber, black gloves resting on the hilt. It had been a long while since he took up his weapon. In his bloodier past, no enemy that he’d met ever faced his blade and remained alive. That day was to be just the same. Menver assured himself so. With a final look towards the window, he closed his eyes, picturing the street below within his mind, and immediately dashing into the portal that opened up to take him there.

On an alien world, an egotistical, magic-wielding immortal fights to protect his only living relative while trying to find a means to free the planet from an invading army.

Brought to the planet Tuluhr against his will a long time ago--along with his brother, Vedin--Menver Torunthane now cares only for his nephew, Ajax, a devout warrior of the planet’s defenders. Vedin was a hero to all, except for his son, and Menver, taking the boy under his wing, teaches him the magic that is his heritage. Recently the pair have assisted the Deltornir, the Tuluhrai army, in attempting to fend off an invasion from the Shekethrum, people of a nearby planet. Now on their own, the mage and the warrior are searching for a way to keep themselves safe--and to permanently free the planet from its invaders.

Maneuvering through waves of alien invaders, predators, and even the manipulations of those they fight with, Menver Torunthane will do whatever it takes to protect his nephew and secure their freedom.

Brian C. Mahon was raised in Fort Lauderdale, Florida, where he created the characters and stories that evolved into the Torunthanes. He graduated from the University of Notre Dame in 2004 with a bachelor of science degree. He currently resides in St. Marys, Georgia, with his wife and two children.