It’s All in Your Head 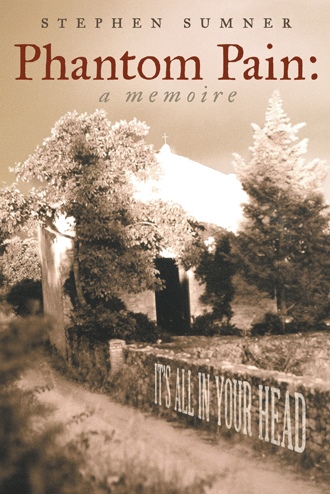 The light, as ever, is everything.  Here and now it’s squash seeds, lemon peel in headlights, corn husk and hammered aluminum . . . and tonight I’ll take a beer outside in the piazza under a nightsky of soft acetylene vaulting over beerglass and belltower alike.

I knew the Appennine well but haven’t ridden them in six years.  They’re much bigger than the hills in the south and I can’t wait.  I’m as fit as I get and I’ll take no prisoners.  I’m bulletproof baby.  I’m invincible.

My thoughts are with you constantly and though I’m surrouded by perfection I’d rather be in the rain submerged in you.  It won’t be long precious Kitty.            XS

We were made for each other, the nurses and I.  My condition was grave but I wasn’t, plus I was showing hopeful signs; I was charming and irreverent yet frequently idiotic, sometimes moody and often paranoid enough that they knew their job was far from done.  I was large and unlikely, foreign but conversant, and eager – perhaps desperate – for a good laugh.  Plus I talk even more than your average Italian.  So they came to my bedside and we yucked it up.

A good day in rianimazione you want to savour want to roll on your tongue want to suck like a rare bonbon.

On such a day I was being observed.  Her name was Rosa she was the floor chief and she was a shrink.  She hiked herself up on the edge of my bed and, after bare preliminaries, proceeded to poke me overandover in the chest and insist that I was in denial Oh Gawd I hate that word Denial Denial De-fucking-nial, Diniego is a nogo for mio. She was a New Age-nik with the usual purple hair and her smug asinine insistence nevermind the fucking poking incensed me: a sandlot loonytune non-conversation: You don’t realize your leg’s gone.  Bloody Hell I do so!  No you don’t Yes I do No you Yes I No Yes No Si!  Let me prove that I know my leg’s gone, toast, kaput, andato via.  And how will you do that, Signore?  I will discreetly point out to you, cara signora, that if I did have a leg it would be KILLING me right now because your big fat ass would be sitting right on it.

Rosa looked down; she had to didn’t she?  And sure enough her ass was, in fact, as big as a house and was spreading comfortably and exactly across the area where my leg ought to have been.  She left in tears, I felt shitty immediately and likewise immediately it became legend on the floor.  The story of Rosa’s culo.  Dio mio.

The boys on the floor never laughed so hard peeking around tile corners and stainless trolleys smacking their knees and hooting and clapping me on the back of the head (the only part that was safe to clap).  I learn that Rosa’s not so popular here.  Me I’m not so sure.  In a day or two a couple of them are bedside jazzing me and I hear a lovely baritone behind me say, ‘You’re in better spirits today than you were with Rosa, no?’  Salvatore, the capo of anesthesiologists.  The capo period.  The capo dei capi.  A beautiful man two meters tall and full of rakish humour.  ‘I’m very sorry Salvatore, but she simply wouldn’t stop and I found her . . .’  ‘Leave it be, bello.  It’s good for you to get red in the face – let’s call it an Italian tune-up – and, to be frank, Rosa can be a big pain in the ass, the culo.  But, jokes aside, we need to combine our efforts to get you out of here.’  ‘Ho capito, Salvatore, I understand completely.  I can’t wait to get out, get back on my own two feet, I mean, you know, back in the world.’  ‘But you don’t understand, bello, I need to get you out of here because I need the bed you’re in.’  ‘Oh, I see.’

The misfortunates are beating a trail to the twin swinging doors of reanimation.  But I don’t understand how they could reuse this bed what with all my history, my efflusions my dreams nightsweats and daysweats my needlepricks and my conscience my hardcore dander my empty quarter my beggar’s velvet my fear and disoria my hazard-soaked happenstance my sweatsoaked haphazard hellbent wholehearted misadventure.  It seems wrong seems cheap seems like a bordello a plain old brothel a brothel of pain.  They should bury this stainless birdcage this brushed aluminum belltower this leaky showerstall of Babel in the airborne lake bottom of Pian del Lago where I was pigeonholed by a runaway driver and let the night animals uncover it and scratch their furry heads.

The Senese believe that Pian del Lago was the birthplace of the pneumonic plague in Boccacio’s time so let the pesty and unhappy spirits who wander its foggy bottomland kip for a spell in the surgical precision of my bed, ratchet in its technologic tang next to the smoking carbolic dungwagons that carried them away from this world away from my near-miss my hosey trough of mortal error.  Make it storied make it infamous.  Roll with it, my rolling pain chamber . . .

Just any old perfect summer night in Italy; cyclist Stephen Sumner was riding his old-timer motorbike home from pizza with friends and found himself between the headlights. A hit and run accident left him for dead in a Tuscan farmer’s field. Somehow he survived, only to open his eyes, days later, and realize that his life had changed forever: his left leg was gone above the knee. Stephen had been given a new and very different life; lopsided maybe, but a life nonetheless. He moved forward, propelled by half-baked certainty and a longing to just make it work. But what works for a former jock who is missing a drive-wheel? He re-invented himself and founded an organization called ‘Me and My Mirror’, which is dedicated to helping people of every stripe and any age in poor or war-torn countries deal with the tragedy of losing a limb, or anything else that leaves phantoms behind.

Stephen Sumner is from Vancouver, Canada. He is a former commercial fisherman and pro cyclist and the founder of ‘Me and My Mirror’; a humanitarian organization dedicated to relieving the suffering from Phantom Limb Pain among amputees through the use of Mirror Therapy. Learn more at meandmymirror.org