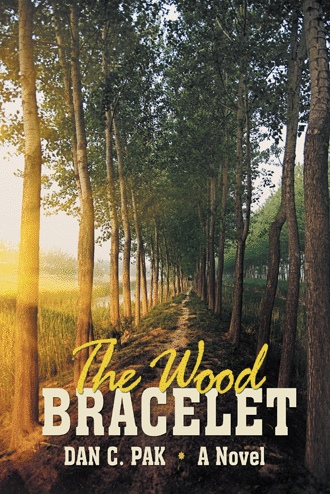 The people in the Allied countries observed the 70th anniversary of D-Day on June 6, 2014. The world’s attention is now focused on the troubles in the Middle East. Meantime, in the remote corner of the Northeast Asia, the people in the Forgotten War continue to suffer the consequence of the unresolved conflict. On June 25, 2015, we will be observing the 65th anniversary of the Korean War.

The Demilitarized Zone (DMZ) from the Armistice Agreement separates the inseparables – members of families – husbands and wives, parents and children, brothers and sisters.

Two sisters of a Korean family lived in Hokkaido, Japan before the outbreak of the Pacific War Theater of World War II. On one wintry day, they parted in tears as the older sister left the family to marry a man in Korea whose hometown of Wonsan happened to be above the 38th parallel.

When Japan surrendered ending the war, another tragedy struck the Korea Peninsula soon thereafter. The country was divided along that infamous line. The family lost contact with Nan-hee, the older sister who eventually ended up living in the northern half of the divided land. She often drew strength from a simple wood bracelet that Jung-hee, her younger sister gave her at the time of parting.

Nan-hee and her husband, Won-sup Shim were blessed with a baby girl. They called her Nan-jung, a combination of the names of each sister. The small Shim family fled Wonsan to avoid arrest by the Kempei Tai (military police) of Imperial Japan during the waning days of Japanese occupation of the country. Won-sup Shim was involved with a surreptitious operation in support of Korea’s Independence Movement at the time.

In the days preparing for the escape, Won-sup was helped by Mr. Nagano, his Japanese superior, a man of vision whose compassion and sense of fairness surpassed national boundaries. The Shims also met another man of wisdom in China, Mr. Lee, a wealthy Chinese merchant and an old acquaintance of Won-sup’s deceased father.

The Shims returned to Korea in the spring of 1950. In Seoul, South Korea, the two sisters were briefly reunited but only for two weeks. On June 25, when North Korea attacked the South, they were separated again – for the last time.

Major Byung-sik Kim, husband of Jung-hee, the younger sister, was an Intelligence Officer of the ROK (South Korean) Army. The story is told through his eyes. Major Kim was born in Pyongyang, North Korea, but he went to school in Seoul before the country was divided. After many years of separation, he met up with his older brother, Byung-hoon Kim, Political Commissar, who was a part of the invading North Korean Forces. Byung-hoon Kim died from combat injuries near the Busan perimeter, South Korea during the Korean War.

Before his death, Major Kim, the younger of the two, discovered the connection between his brother and Won-sup Shim. Both worked closely together during the Japanese occupation days for Korea’s Independence. But they parted ways when an ideological divide surfaced after the Pacific War.

Meantime, Won-sup’s sister Won-sook Shim was the Head Nurse at the hospital in Wonsan. She married Dr. C. S. Yi, a surgeon. Byung-hoon Kim was acquainted with Dr. Yi and his wife, Won-sook when he offered to help the couple who faced mortal danger from the Kempei Tai Chief. All of these connections were evidenced by the photographs that the Political Commissar had in his pocket at the time of his death.

In the winter of 1950 when the Communist Chinese Forces (CCF) intervened and the United Nations Forces were forced to retreat, Won-sup Shim was operating Chinese herb clinic at Wonsan. He refused to move, believing in the goodwill of friends in the community whom he treated with care. But Captain Chung, a former newspaper delivery boy who once worked for Byung-hoon Kim, and who later became a member of the Inspection Commission of North Korean Army, assaulted Won-sup Shim at his clinic. Captain Chung fired a side arm, missed the target, and killed Nan-hee instead.

Won-sup Shim took the wood bracelet off his wife’s wrist before she was cremated, and he gave it to his brother-in-law. Later when Major Byung-sik Kim solemnly presented it to Jung-hee, his wife, she held it to her face as she embraced it without uttering a word.

The strong and resolute Major Kim reflected on all that had happened to his country, his family, and that of his wife’s. He concluded that all of us are connected to one another. The connections are sacred. Our relations, therefore, are more important than anything else is.

Nan-hee Park left Japan in 1939 to join her fiancé, Won-sup Shim, who lived in a port city on the East Coast of Korea, which was not yet divided into North and South.

As she was preparing to leave, her parents shared a premonition: She’d face tough times in her homeland. But it was just a vague, undefined fear that they did not connect to her fiancé’s ardent support of Korea’s movement to break free from the control of Imperial Japan.

When Nan-hee boarded the train, she accepted a simple, wood bracelet from her sister, who said, “Remember me whenever you wear this.”

Neither sister knew it then, but they’d soon find their lives interrupted by a war that engulfed the world—one that would be quickly followed by a conflict that would separate the people of North and South Korea—leading to even more bloodshed.

Though the war in Korea was forgotten by many, it swept away almost an entire generation—and life was never the same for the survivors. Learn why their stories are worth remembering in The Wood Bracelet.

Dan C. Pak, a native of South Korea, dreamed of becoming a physician before being interrupted by the Korean War of 1950-1953. He was a U.S. Army civilian employee, and after immigrating to the United States, he traveled throughout the Western Pacific representing American firms. He’s written numerous articles for newspapers.