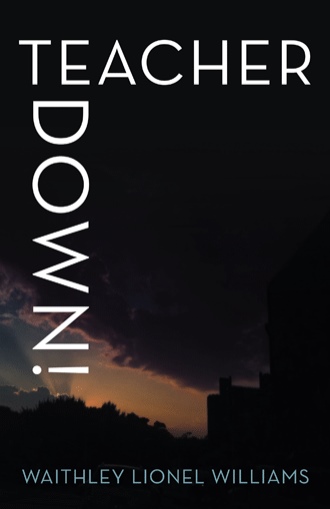 A fly on the wall can tell a revealing story. Especially eloquent would be one perched on a graying wall of the makeshift cafeteria at Fort Greene Academy High School for, there were rehearsed daily tales of the happenings in Room 301—tales of the trials and triumph, victories and failures, and every unrecorded mishap that troubled Ms. Annette Kalin, the ninth grade teacher, who called it her homeroom.

Versions of those misadventures varied by groups. At the table where Rochelle, Kenesha, Ephraim, and Amika were sitting, the mood was one of disgust and pity for those who have made it their focused mission to disrupt every attempt by their beleaguered teacher to impart an education; instead, they imposed on everyone an ethic of unrestrained thuggery.

Where Leon, Michael, Darrian, and Jack sat, the emphasis bordered on glorification of the tricks and troubles played on Ms. Kalin and her befuddlement in bringing them into the circle of productive effort.

For Damaris, Jovena, and Jewel, there was nothing useful, as they saw it, in the few activities that Ms. Kalin succeeded in introducing into the chaos and so they focused on methods and devices to seductively thwart the guys who wanted to have sex with them.

This day, the fly on the wall could hear the girls lamenting their misfortune at having to tolerate Leon and his stooges day after day after day. They wondered why the teacher didn't get them expelled for all the disruption they caused.

"Look how they come to class so late every day," observed Rochelle. "I wish the safety officers would just leave them to waste time in the hall instead of bringing them in when we've already started to do some work in the class. They would come in with so much noise, and we have to stop working and wait fifteen minutes for Ms. Kalin to quiet them down. Sometimes, only after banging the yardstick on the desk for a whole minute would they quiet down a little."

"Somebody has got to muzzle that jackass to keep his big mouth shut; otherwise, he keeps braying all day long and he's saying nothing," lamented Amika, about the ringleader of chaos, Leon Simpson.

"That's right girl," agreed Rochelle, "like how Kenesha shut him up today."

"When you was out with the pass," explained Ephraim, "Leon started to front Ms. Kalin. Then he called her a piece of white trash. Some of his stooges started laughing and Kenesha stood up and put him in his place. This girl wasn't playin'. She looked right at them and said, 'Hey you morons, you letting that clown drag you all around like puppies. Don't you see what he's doing? He's an ignorant bum, and he wants the rest of you to learn nothing and be just like him. Stop laughing when he act like a fool people!'"

"Hey, you go girl." Amika gave Kenesha a slap of admiration on the back. "What did he say after you creamed him like that?"

"Nothing. He just sat there looking stupid," explained Rochelle. "Nesha, I really like what you been doing to help Ms. Kalin. You're making it easier for us who want to learn something." By adding that her classmates benefited from her no-nonsense stand against Leon, Rochelle made it easier for Kenesha, who didn't care to be seen as standing up for Ms. Kalin, to accept the compliment. She hated suck-ups.

"Thanks kid. I made up my mind since I came here and saw what's going on that I'm not going to let that jackass stop me from getting out here with my diploma."

Rochelle reached over to give Kenesha a hug, but Kenesha gently pulled away. She was not comfortable with such displays of mushy sentimentalism prevalent among the girls. It was, however, the start of a friendship between them.

At Leon's table, a strange gloating pleasure was derived from Ms. Kalin's pain.

"Hey son, you was tight what you say 'bout the work she give us" said Jack, slapping Leon on the back.

"What he say?" queried Darrian.

"Wha' happen to you? You was sleeping? When she give out the paper to write a paragraph, Leon said "I not goin' do this shit!"

"O yea," agreed Mike. "Did you see her face? Like she was ready to cry!" Mike emitted a loud braying laugh. "Would you believe she went and pick up the paper after Leon tho' it on the floor?"

"I not goin' do nothing for that bitch," Leon chimed in. "She can cry blood if she want."

"And when you was walking round the room and she tell you to sit down ..."

"Yea, Yea. Hear what Leon say," Mike interrupted. 'Don't order me around. You not my mother!' And she stupid enough to ask Leon if he lis'en to his mother! What a dumb teacher. She know Leon wasn't goin' take that but she still open her big mouth."

"Well she get what she was looking for 'cause Leon shut the bitch up... 'What the hell you know 'bout my mother you white trash?'" recalled Mike, giving his best imitation of Leon, which drew raucous laughter from the others and startled everyone in the lunchroom.

"That was when that big mouth ho got up and diss Leon. Son," said Jack addressing Leon, "you have to do something with that bitch. She getting too big for her drawers."

"Yea son. You should stick your fist down her throat", said Mike, stuffing his fists into his mouth.

"A'ight guys. Lay off. I'll handle it when I get ready." Leon didn't like being pushed. He had decided to deal with Kenesha at the time and place he chose.

For Damaris, Jovena, and Jewel, it was all much ado about nothing. They couldn't be bothered with the drama between Leon, Kenesha, and Ms. Kalin. They just sailed along with the rising and falling action in Room 301. When Leon and his stooges were cutting up, they took in the scene and enjoyed a good laugh. When, on rare occasions, the room was quiet and work was happening, they would either spend the time gossiping or doing nothing at all.

The entry of Ms. Annette Kalin on the stage at FGA seemed innocuous enough. There was nothing unusual about her arrival several weeks after the start of the semester, for the New York City school system is so large, it could adjust to changes in the teacher ranks at any time in the school year. Like a well-oiled machine, the system moves uninterrupted, utilizing interchangeable parts and substitutions as the need arises. Yet, such unmolested calm and the aura of normalcy belied the existence of pockets of simmering turmoil. So complacent, in fact, were the actors who strutted about the massive stage that many were unaware of those events that held within them the seeds of calamity.

In the end, the tale told by the fly on the wall, was the story that unfolded in the searing heat of Room 301. It was the passage of one school community from passive naiveté to collision with the hard edges of cold reality.

Room 301 at Fort Greene Academy High School in New York City is a turbulent place. Annette Kalin, an inexperienced ninth grade teacher, is in charge of leading a group of students who would rather be elsewhere. As she struggles to control the class and implement her idealistic vision, one student makes it his mission to make her life miserable.

Leon Simpson, a gangster wannabe, challenges every attempt that Ms. Kalin makes to maintain order in the classroom. Meanwhile, Kenesha, a student with a fiercely independent spirit, is determined not to let him impose his perverse will on any of his fellow students. Unfortunately, her success in restraining Leon’s destructive impulses only increases his hatred for Ms. Kalin. While she strives to educate her students, nearly every effort she makes is dismissed by her nemesis. As the semester comes to a close, Leon embarks on a vengeful quest amid a classic battle of the wills that culminates in an unthinkable tragedy.

In this poignant novel that provides an eye-opening look into a New York City high school classroom, an idealistic teacher is pitted against a rebellious student in a life-changing struggle for control.

Waithley Lionel Williams is a teacher and school administrator who worked for more than thirty years in the New York City public school system and other school districts. Now retired, he lives in Hempstead, New York.