My Escape From the Pitfall of Self-Delusion 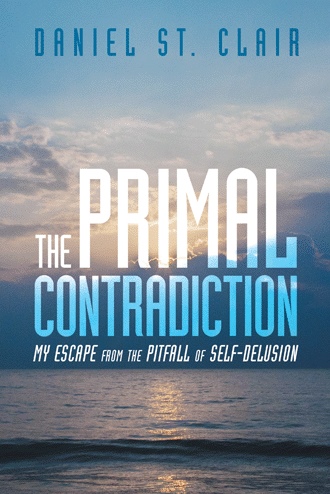 All at once, the activity of remembering just started occurring. Immediately overwhelmed, I was rendered clueless by the unfamiliarity of it all. As episodes from my past started to reveal them-selves to me, my emotional response to the gut-wrenching truth serum forcibly pointed my attention toward the frailty of my existence. I had no idea what was going on. The unfolding of my secret regrets simply found its way to me, most often arising whenever I was more or less alone. Having virtually no control over any of it, I was caught completely unprepared and then realized that I was on my own facing something I knew little about—my life.

For the first time ever, I actually enjoyed the feeling of being alone, finding that the condition inherently brought out the best in me. It allowed me to settle into the receptive state of mind needed to face such a personal recapitulation. And though I wasn't so much concerned with whether or not anyone else was around, being isolated from others just seemed to naturally happen to me now. I was confident that something was watching out for my well-being regardless of never having been given the foreknowledge of the events that would be taking place.

Roused from their life spent in concealment, long-forgotten memories awakened and shamelessly reintroduced themselves to me. Though they were at first altogether alarming, my emotional reactions to the images being brought forth underwent a catharsis of prodigious proportion. As my past began to unfold itself completely into the present, I was not only aghast at the improbability of what was happening to me but also quite drawn to the awesomeness of the power behind it all. Confronting the mystery permeating each episode soon became an integral part of an irresistible quest for emotional fulfillment. And because of this innate attraction, I learned how to consistently focus my attention in a way that created a much simpler yet more receptive presence of mind.

But before any of the memories could be fully reexperienced, I had to first uncover the lessons concealed within each one. I needed to learn how to hear their intended meanings—to realize the unadulterated truth completely and not be blinded by its tremendous power. I discovered that intending to purposefully listen carefully would become the key to understanding everything that was happening to me. Distinct from the sense of hearing, the type of intentional listening I began practicing not only paid close attention to the obvious details of the memories surfacing within my awareness but also concentrated upon the silent bursts of energy occurring between each one. Within these intervals, I discovered fleeting packages of truth, each one containing my emotional response to what had originally happened to me. Incredibly, I found that none of the potency of my reactions had faded from memory and that everything was still available for me to have again, if I wanted it.

In order to accurately interpret these experiences though, I had to effect a quality of mind energized not by intending any particular thoughts but instead the absence of all thought. As I proceeded along this path, I discovered that whenever I placed my attention upon nothing at all and then concentrated on the resulting change in my awareness, a portal, which led to an unknown part of my existence, opened up. Stepping inside, I was drawn inward toward an attitude of reasonableness I had never experienced before. My perceptivity quickly sharpened as feelings of peace and contentment settled within me. The very state of mind that I already knew I wanted was actually waiting for me.

When it first began occurring on its own, the recollection revealed my compunctions to me directly. Never given any prior warnings, I witnessed the dreadful memories start to materialize all by themselves. Straightforward as well as invasive, the entire process of remembering seemed to have a mind of its own, and although it appeared bent upon causing the demise of my compulsion to be rational, it always presented its gifts to me rather perspicuously. Everything I received was a perfect portrayal of the truth, a lesson meant for me to simultaneously accept and understand. Admittedly, I was truly grateful that the ordeal was in fact self-propelling because something quite phenomenal, which at the time seemed absolutely impossible, was not just being done to me but for me as well.

Before long, I discovered that I had become a willing participant in the experience and was learning how I could facilitate the recall of hidden memories on my own. Nurturing an open, relaxed state of mind was the only requirement. By remaining mentally still in this way, I was able to focus my attention on the feeling of being empty and encourage nothingness to first pervade and then guide my conscious awareness. The proposition sounded simple. Thinking nothing should have been an easy task for me—and sometimes it was. But at other times, it wasn't. The prospect of purposely purging my mind of its contents was no less than terrifying to me, yet I still wanted nothing other than to go through with it. I wanted to experience what was unknown. So each time I willingly chose to relax and let my thoughts fall away, the outlook I had upon the world was repositioned just enough to allow me to know there was a clear objective, one that was certainly well within my view.

Somehow I had known all along that such an undertaking would one day relieve me of the painful preoccupations of my past, so I was never without the desire to engage in the arduous task of remembering. I had already been invested with an esoterically universal knowledge and knew very well the direction in which I would be going. I merely needed to take the action required and intend the progression of my new way of being. But before I could effect the desired changes within myself, I needed to ultimately let go of those specific nemeses that continued to impede my progress—the mindless dialogues, the moronic narratives, and the arbitrary rational justifications. Although clearly nothing more than flaccid expressions of “I” and “me,” every one of these ridiculous storytellers gave life to a plethora of mental maladies. Since I could now see that nearly everything I had ever thought to be true was merely an outgrowth of one or more of these infestations, I awakened to the realization that their hold upon me had always been only temporary and that I would soon be watching them all drift away.

The Primal Contradiction: My Escape from the Pitfall of Self-Delusion presents the spiritual memoir of Daniel St. Clair, who examines his own life, beginning with his memories as a young child. He shares his search for an explanation for the profound sense of solitude he shouldered through the years of his youth. Finally, his exploration brings him to a realization of the truth that he had been living by a pretense and that, all along, the real truth of his life had been pursuing him.

Grounded in the detailed recollections of a personal history, the chapters of The Primal Contradiction entwine those stories with the seasoned reflections of the author’s look back on his own life. Chapter titles indicate the kinds of topics the author explores: “Adolescence,” “And Then I Die,” “Awakened,” “Good Dog,” “The Cost,” “Doubt,” and “Going Home.”

If you find either inspiration or consolation—or both—in sharing another’s journey of self-discovery, then The Primal Contradiction: My Escape from the Pitfall of Self-Delusion will provide you with a thoughtful, honest, and truth-seeking account of one man’s journey from self-delusion to the recognition of the truth of his own life.

Daniel St. Clair, a student of life, lives with his wife and their son in Southern California.