Pleasure and Struggle in the 1960s 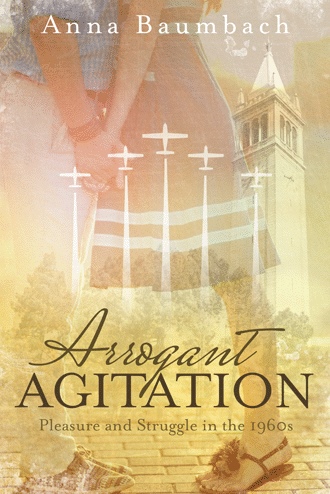 Gretchen Brooktree felt plagued as though plagues were invented for her. Sure, others had it worse. A lot worse. But that didn’t erase her reality, her situation, from imploding her senses with thoughts of dread. From the get-go Gretchen felt that her life had been one long incredibly ridiculously stupid situation and through it all she had always prudently tried to make the best of it. And if her life could not be considered incredibly plagued, certainly it should be considered significantly plagued. Knowing that she had aided many of the plagues, had recognized the hopelessness of things, saw the incorrect path, and had gone straight forward did help matters. Of course, she always had the feeling that she and her God could change things. And that wasn’t all of it; she also felt that God had a special plan for her so that all she had to do was keep on the path that stretched before her, driven by God, and God would take care of the rest. Her religion, not the church filled with its greedy and self-righteous, but the religion, had given her this faith.

Thus far, life had been reckless, sometimes stupid. If God was involved in her life it was a game for His amusement. Like, how many times can I dupe her or challenge her sanity? That was the game God played with her life. But these were her inner thoughts, not those she expressed. Thoughts she expressed were about how lucky she was with her body language and tone of voice confirming what she did not internally feel. Her expressiveness portrayed a person in control, a person who knew who she was, where she was going and how she was to get there. And, of course, she did, she knew; God was guiding her so how could she go wrong? All she had to do was live. But that was before, before too many plagues centered upon her forcefully, simultaneously, no breaks allowed. She struggled to survive, to hold on to sanity, to hang on, feeling very weak and unsure that life was worth the living.

In struggling to break away from her archaic religion, Gretchen finds opposition at every turn, and especially from herself. Put down by the man she loves for adhering to her religion, she seeks to understand a new view but only when she begins to understand for herself that the path ahead is right and true.

For Gretchen Brooktree, life is a bit of a struggle. It is 1961, and she works as a secretary to the commanding officer of an air force base, returning home at night to her family’s farm. She is isolated from city life and worldly affairs by both distance and a fundamentalist parochial education. Gretchen can recite Bible verses and the tenets of her religion and loves to learn, but she is unsophisticated and unfamiliar with the social ways of the world.

Thus, when she suddenly finds herself in love with a highly educated, city-born college graduate, Gretchen faces the prospect of numerous challenges and adjustments. Identifying with her new nickname--Brook--she pulls herself together and gets to work. She enters the University of California-Berkeley, where she is stunned by what she does not know and struggles to keep up. Slowly, she loses the archaic ideas and concepts she has carried since childhood and learns how to make her way in the world. As she does so, Brook emerges into the person she has always known she could be.

Based on a true story, this historical novel explores the life of one woman in the chaotic 1960s as she struggles to overcome her past and become a new person.

Anna Baumbach is a graduate of the University of California-Berkeley, where she majored in history. She is the coauthor of two published peer-reviewed scientific papers through a national laboratory. She now lives in the San Francisco Bay area in close proximity to her two daughters and four grandchildren.