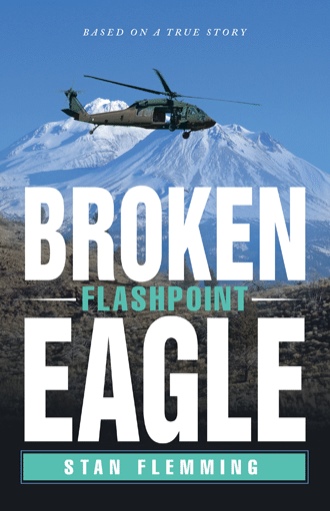 “Colonel…” the Captain said pulling up a chair behind the gray metal military-style desk. The young psychologist tried to make the Colonel feel comfortable as he approached him with his clinical style, but instead found himself working to feel comfortable with the Colonel. “How was your deployment to Kosovo?” As a new clinician to the Army, he was naïve to the issues facing soldiers who had deployed to the various combat zones around the world, but was committed to doing his best to identify and treat Post Traumatic Stress Disorder that was destroying the lives of so many of America’s modern warriors.
“It was fine.” The Colonel replied. As a physician he knew how to game the young psychologist.
“Sir, did you face any stressful situations that you want to talk about?” the Captain continued.
“None.” He was brief and direct. “Now Captain, would you mind signing off on my medical screening so I can get out of here?” He wasn’t in the mood to be humored.
“Sir, is there anything you would like to share with me? Anything at all?” the Captain pressed.
“No!” Sitting straighter in his chair, the Colonel stared down the Captain bearing down with the weight and authority of his eagle. At six foot, he towered over the shorter Captain. He was handsome, fit, with his neatly combed black hair, parted on the left, sporting a matching mustache. His frameless glasses, unusual blend of ethnic descent between East Indian and Native American; his soft tanned colored skin gave him more of a distinguished Middle Eastern exotic appearance. Colonel Steve Franklin was a seasoned commander who drew on the strengths of his cultural heritage and his experience as a military leader who, as a Mustang had come up through the ranks. He was agitated by the Captain’s persistence, however; he also knew he needed to maintain his cool in order to get the Captain’s clearance. With his signature on the Colonel’s medical screening form, he would be out of the medical review station and one step closer to putting Kosovo behind him and one step closer to home; one step closer to peace of mind; one step closer to the ones he missed and loved; and one step closer to his beloved Washington. It was time to move on, but where he wasn’t sure.
“There you are!” came a voice from behind the door. It was the Colonel’s Executive Officer, Lieutenant Colonel Barry Carlson. He was a short and stout man of solid build, commensurate with his past experience as a firefighter. His receding hairline made him appear older than he was. “Hey Captain, did the Colonel tell you about his ordeal in Kosovo?”
“That’s enough Barry!” the Colonel snapped at his Executive Officer.
The Captain had started penning his signature to the form. Pausing, he laid it down in response to the Lieutenant Colonel’s comments. “Sir, I think there is something you want to share with me.”
“There is nothing to talk about Captain. While my X.O. may have thought it was something, it was an uneventful routine deployment in a combat zone for a seasoned combat vet. However, if you’ll promise to sign off on my clearance, I’ll share with you what happened. Deal?”
“Deal.” The Captain replied. Retrieving the pen again from the desk top, he signed the document.

The rain danced in windblown sheets across the blackened asphalt of the Washington, D.C.
streets as government employees and tourists scurried about their business in a sea of umbrellas of various colors and shapes. Deployed in a helpless defense against the downpour that swirled between the stately buildings of the nation’s capital, it was for the most part a futile effort. A few miles away across the Potomac River, military leaders and planners within the maze of Pentagon offices sipped mindlessly on freshly brewed steaming pots of black coffee as they went about their morning routines of managing the defense of the nation.
Easing his late model Chrysler into the restricted parking space of the Pentagon parking lot, the Lieutenant Colonel slid the shifter into Park and shut off the engine. Leaning back in his seat, the gray-haired officer sighed taking in the view of the concrete fortress. A broad smile broke slowly across his large grandfatherly face extending to the corners of his cheeks. Reaching towards the console, he retrieved his identification badge, examined the front and back side, and smiled again clipping it purposefully to the outer pocket flap of the light green open-collared shirt of his duty uniform. The bold black lettering beneath his picture noted he was a member of the Pentagon staff. Patting it like a badge of honor he donned his black beret and exited the vehicle moving purposefully towards the entrance of the five-sided national military headquarters.
Approaching the security checkpoint, the Lieutenant Colonel flashed his badge at the guard and continued his stride towards the second screening slowing just enough for the sentry to check his picture.
“Rent-a-cops…” He grumbled beneath his breath. He loathed the fact that the world’s most powerful military headquarters lacked any semblance of a professional military presence guarding the symbolic edifice. Instead he thought it more indicative of the weakness of a great nation struggling to maintain a façade much like the great wizard in the city of Oz. He was bitter towards the successes that were achieved by those who worked within the grand marble and stone structure. Seething with contempt he viewed the Pentagon as no more than a gathering place for wanna-bees where half of the staff took their jobs seriously and the other existed as parasitic saprophytes squeezing the system for all they could get out of it. For many, their importance was an indulgence in self-grandeur. It was a military within the military – another world that lacked any connection or understanding to the issues or needs of the real military services, but served more as a training ground where bandit companies that lined the beltway could cream away talent that would further their objectives of securing another government contract and fattening the wallets of their investors. In a cartoon sense, the corporations were an obscene orgy of pigs at a trough squeezing the system for all they could get.
“Good morning Colonel.” The sentry said acknowledging the distinguished-looking officer.
“Good morning.” He replied politely.
Entering the secure area of the building the Lieutenant Colonel flashed his badge at another security guard, activated the turnstile by waiving it over the sensor and continued up the broad impressive staircase disappearing down the wide hallway lined with historic memorabilia of past military campaigns and leaders. After a few more turns down several hallways, the Lieutenant
Colonel stopped before a set of heavy double mahogany stained doors. Taking a deep breath, he grasped the handle pushing down on the brass lever. Opening it he entered the out-office area where a young attractive female sat busily typing at her computer. Closing the door softly behind him, the noise of the hollow hallway faded to the silence of the office.
“Good morning Colonel.” The young woman said breaking into a youthful smile. Her blue eyes sparkled like precious gems accented by her long blonde hair that appeared as fresh as her innocence. She looked more like a fashion model in a woman’s magazine sporting a colourful spring-like blouse and matching skirt. Her mid-sized breasts were professionally concealed, yet teasing with the slight v-cut of her blouse exposing just a hint of her cleavage. The Lieutenant Colonel estimated her age to be in her mid to late twenties. Unseasoned in her role as a General’s secretary, he guessed she could have not been in her position no more than six to eight months.

William Weston is a senior ranking army officer on a mission. As he cons his way through military and government bureaucracy to have his deployment paperwork signed, no one knows that he has accessed top military secrets, stolen hundreds of thousands of dollars from the Pentagon, and is wanted in eleven states. A short time later, Dr. Weston arrives in Kosovo as the chief of psychiatry in the midst of a brutal war.

It has been a long year for the soldiers who have endured attacks propagated by infiltrating Serb units who line the border region near Camp Bondsteel. As Brigadier General Thomas Moore welcomes a new task force that includes Dr. Weston, he has no idea that very soon Weston will undermine his leaders, direct soldiers to disregard orders, and claim he is the commander of the detachment. When his fraudulent credentials are finally exposed, a massive cover-up ensues to protect innocent military and congressional leaders. Now only time will tell if two officers who dare to follow their beliefs and hold true to the army values will pay the price for doing the right thing.

In this suspenseful military tale based on a true story, all hell breaks loose in the United States Army leadership ranks during the Kosovo War after a senior medical officer is discovered to be a fraud.

Stan Flemming served a distinguished career in the United States Army that included two combat tours of duty, over twenty awards and decorations, and a rank of brigadier general in the army’s medical department. He is a board certified family physician. Now retired, he lives in his beloved home state of Washington.