I’m Back and with Revenge

You're Gonna Wish You Didn't Mess with Me 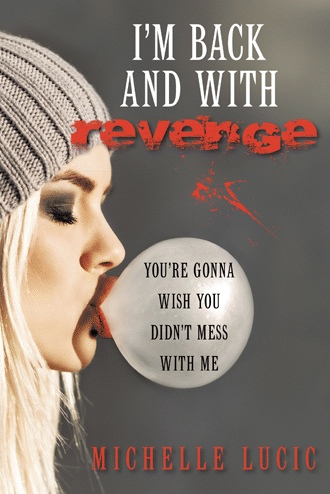 Lillian Williams and her twin brother, Anthony, have been through thick and thin together, especially lately since Anthony has been the victim of bullying in their high school. But on the day she is prepared to surprise Anthony with an awesome eighteenth birthday present, Lily is the one who ends up receiving the biggest shock of her life when she opens the boys’ bathroom door and finds her brother’s body on the floor--mercilessly murdered by the jocks of her school.

Driven by rage that her brother’s death has been labeled a suicide not murder, Lily runs away during winter break to determine how to seek revenge and justice. As days turn into weeks, she meets a charming guy who helps her transform from a shy Goody Two-shoes to a strong woman prepared to place the jocks’ heads on a silver platter. But when she finally returns to school, someone from her past resurfaces with an evil plan that prompts crazy thoughts to fill her head. As she attempts to muddle through her fight--with help from her friends--only time will tell if Lily will win or if her thoughts will take control of her actions.

I’m Back and with Revenge is the powerful tale of a teenager’s vengeful journey after her twin brother is murdered by bullies.

Michelle Lucic is a fourteen-year-old who has lived in multiple places around the world due to her father’s work. She currently resides with her family in Ohio, where she enjoys boxing, karate, volleyball, playing viola, drawing, and creating ideas for new books. This is her debut novel.