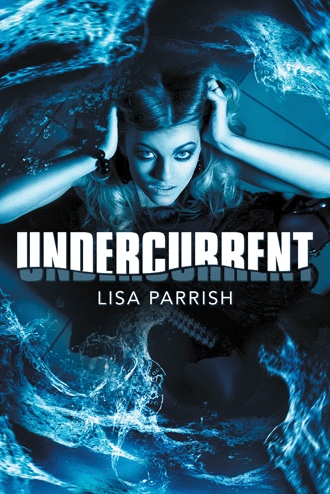 As I made my way down the exit ramp, I wondered if Scott would be home.  I left Jeffersonville later than I meant to and dinnertime had arrived.  I shuddered as I thought of facing another episode with Scott.  “Maybe he would have actually missed me enough no to be angry,” I thought as I turned down our street.  The days had grown considerably shorter and I noticed lights on in house that I passed.  The house at 715 Canterbury Lane was dark.  “Good,” I said aloud.  “At least the fight will be prolonged enough to let me get my suitcases in and unpacked.  Well, little one, you’ll be spared the angry sound of your dad’s irate voice tonight.  I’m sure you’ll get used to hearing it, I know I have,” I said while rubbing my belly.  The baby responded to my touch with a good swift kick under my ribs.  What a relief that Scott wasn’t home and what a pitiful situation that after two weeks away, I was relieved not to see my husband.

I was genuinely glad to be back at home:  not with Scott but in my house.  It was my home and it was where my baby would first remember feeling at home.  I unlocked the front door and reached inside for the light switch.  Something wasn’t right.  They foyer light came on.  Everything seemed to be in place as far as I could see.  I went into the living room and flipped on a lamp.  Everything okay here.  I moved on through the dining room, the kitchen, down the hall to the bedroom Scott used as an office, the guest bathroom, the room that was being transformed into the nursery, finally to our bedroom.  As I stepped into the room and reached for the light switch beside the door, the feeling that swept over me was terrifying.  It was the feeling I had when as a child I had been caught in an undercurrent at the beach.  I felt that I was going to drown.  Daddy was there to pull me out that day, but now I was alone.  I stood transfixed; I could not move.  My eyes quickly scanned the room.  Nothing was out of place.  The bed was made; the throw pillows that Scott fussed about daily were in their place on the bed.  The bric-a-brac around the room was where it should have been.  Gingerly, I made my way over to the bathroom door.  Normally open, today it was closed.  My heart pounded as I reached for the knob.  I held my breath as I reached to turn it.  In one motion, I opened the door and turned the light on.  Everything was fine.  What was wrong with me?  Why did I have such a horrible feeling?  I was shaking and for no apparent reason.  I usually don’t get spooked, even when watching a scary movie, so this was a very strange time for me.  I couldn’t put my finger on anything but something wasn’t right.

After watching the new at eleven o’clock, I decided to go on to bed.  I had not heard a word from Scott and assumed he had gotten hung up with a patient.  He had done some work with a couple of the Knoxville hospitals on a part-time basis and the hours were very unpredictable.  I had asked him to cut back on that after the baby came so that we could have more regular hours.  He hadn’t answered me so I dropped the subject.  I made a mental note to approach the issue again soon.  As I walked down the hallway, the feeling returned and I couldn’t push it away.  Drowning.  What was that such a strong feeling?  All the doors and windows were locked and everything in the house was in place.  Something was wrong in my house and I couldn’t figure out what.  Why the feeling of being swept away by the undercurrent?  Nothing was making sense to me.  I didn’t believe in ghosts and there was no evidence to suggest that anyone earthly had created a problem.  I couldn’t figure out where the feeling was coming from.  Suddenly, from the deep recesses of my mind, Mr. Davenport’s words of years ago nearly knocked me down:  STAY ALERT.  WATCH HIS ACTIONS.  SOMETHING ISN’T RIGHT.  KEEP AN EYE ON HIM, HE’S A SNEAKY ONE.  Where did that come from?  I suddenly had the feeling that someone was watching me.  I shivered as I turned around and was nose to nose with Scott.

With sleep very far away, it dawned on me that Scott had entered the house and gotten as far as our bedroom without me hearing him.  Had he tiptoed on purpose?  Why would he want to scare me?  Again, the drowning feeling washed over me.  I tossed and turned and couldn’t get comfortable.  Finally, I got up and went into the nursery.  There was a full-size bed that hadn’t been moved out of the room yet and I lay down across it.  Almost as soon as my head hit the pillow, I was out.

In a seemingly quiet town in northern Georgia, Maggie Miller grows up as a timid girl who just wants to blend into the woodwork. After she graduates from high school and leaves home for college, she meets and marries Scott Phillips, a confident former high school baseball star who appears—at least on the outside—to be the perfect catch. Unfortunately, as Maggie is about to find out, sometimes looks can be deceiving.

After the birth of their son, Maggie is forced to face harsh facts about her husband as their life together unfolds. After a shocking truth is finally revealed, Maggie moves back to her hometown to build a new life for herself and her son. Soon, a chance encounter with a former schoolmate and current police chief, Will McFarland, quickly leads to changes for both of them. As romance blooms, their pasts resurface and bring chaos, sweeping away their peaceful lives in an undercurrent of betrayal, corruption, and murder that threatens to pull them under troubled waters forever.

In this mystery based on real-life events, a young couple must work together to resolve their pasts before they can move into the future where only time will tell if happiness and everlasting love awaits them.

Lisa Parrish grew up in a small town. She currently resides with her husband, son, and three dogs in Chickamauga, Georgia. This is her first book.