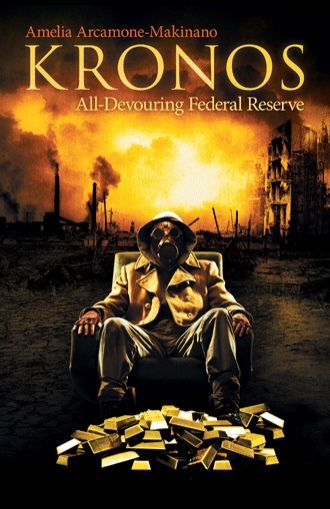 Federal Reserve banks were created to extend America's unsurpassed power of elastic currency to more conservative central banking institutions on the other side of the ocean. At its inception, elastic currency financed the carnage of World War I. It was originally engineered to take full advantage of an enormous war profiteering opportunity, which created families of billionaires for generations to come. The private interests of the member banks of the twelve Federal Reserve Banks within each district was always the name of the game, while the Federal Reserve Board promulgated the myth that it stabilized the economy, for the benefit of the country. Clearly, the record showed that lenders swelled on profits during uncertain times. With a diversified portfolio, steered by its own economists, there were times when the central banker's greatest profit sector was war. But, the root of all evil was a master form changer. The Federal Reserve Board was secretly dictating education policy. It recently decided education was "big business." Four years before President Johnson turned American education upside down, a little-known Pulitzer-Prize-winning economist determined that the people were "human capital" who existed to provide a return on the government's "investments." The fourth branch of the government had gone rogue. Asserting itself into education, with contrived justification to commit acts of social engineering in order to protect its investment in "human capital" chattel, property, slaves, put it way over the top. There was no stopping the monstrous titan. It certainly grew to earn the name of KRONOS, the mythological beast that cannibalized its own children.

After the assassinations of President John F. Kennedy and Dr. Martin Luther King, President Lyndon Johnson took the country in another direction when he signed the 1965 Elementary and Secondary Education Act with his first teacher, Kathryn Deadrich, by his side.

She had watched her students thrive under her loving guidance and was invited to dinners, as a respected member of her students’ families. The petite, vivacious Ms. Deadrich did her job well, unimpeded by the government.

From 1946, Congress had failed to inject curriculum into classrooms.

But, where government and education met, at the passage gate of the Federal Reserve, an unholy alliance was forged.

In 1983, the damage report was published in “A Nation at Risk,” which quantified the loss of literacy and critical thinking skills as an act of war.

There was a desperate search for answers.

In KRONOS, the answers are revealed in a battle without time. A teacher/journalist exposes a monstrous Federal Reserve that took down education and committed other heinous acts in this historic thriller filled with international intrigue.

Sicilian/Napolitano, Brooklyn-born, Amelia Arcamone-Makinano worked for the New York Post, writing education articles that won praise from US Secretary of Education William Bennett; was a NYC teacher for twenty-four years; a United Federation of Teachers chapter leader; mortgage broker prior to the 2008 foreclosures; and twice-named Best NYC Attorney upon litigating before the NYS Supreme Court, pro-se.