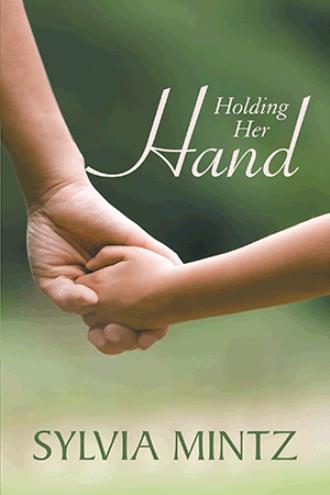 Valerie sat looking straight ahead, one hand on her enormous belly the other braced on the dash of the truck. Although she wasn’t complaining and trying not to show any signs of discomfort, it was obvious she was in pain.

Val, as Daniel like to call her, let out a slow breath as the contraction eased off, then asked the question she had been asking for months, one last time.  “So, what have you decided for the boy’s name?”

When Daniel didn’t answer right away it was more than Val could take.  “Daniel you promised! I picked out a girl’s name. You’re responsible for the boy’s name. Davis will be the middle name after my side of the family. All you had to do was pick out his first name. We even narrowed it down to a biblical name. How much more help do you need? What if it’s a boy? Should I just say his father needs more time; we’ll get back to you?”

When another contraction hit, Val pressed harder on the dash. A bead of sweat trickled down the side of her face. She knew Daniel’s body was probably tightening up right along with hers. As they rounded the Appleton courthouse, two blocks from the clinic Daniel said, “Kind of funny you going into to labor on Labor Day huh?”

Val sensed the nervousness in his voice.  “Yeah, first day of dove hunting season, too. I wonder what kind of omen that is.”

Daniel pulled up to the curb of the Appleton clinic. The building itself was rundown, but they would take good care of her. Daniel got out of the truck, grabbing her bag out of the back and walked her to the bottom of the steps leading up to front doors. “Are you sure you don’t want me to go in with you?”

“No, I’ll be fine. Your mom called and told them I was coming. Someone should be coming out to get me. She’ll be here herself, after she drops Will off at your sister’s house.”

A nurse came out the front door and looked their way. “Are you Mrs. Branch?”

Val nodded. “Yes that’s me.” Turning back to Daniel, Val placed a tender hand to the side of his face. She knew he was worried. “I’ll be fine.”

Daniel kissed her on the cheek, and then turned back to the truck. Val watched him hesitate before climbing in.  “Nimrod.”

“Nimrod, but I figured we would call him Rod for short.” He opened the door and as he settled behind the wheel said, “Genesis 10:8-9. Look it up.” and with that he winked and drove off.

Val stood there holding onto the rail with one hand and the other placed over her belly. She watched the truck until it turned down a side street and out of sight. Then, with the nurse by her side, she bent over and let out the gut-wrenching scream she’d been holding for Daniel’s sake for the last hour.

“That’s OK Mrs. Branch, you just let it all out.” Nurse Ann waited for the contraction to pass, and then she gently supported her elbow. Next she grabbed Val’s bag and slowly helped her up the steps. When inside, she quickly got her into a wheelchair and they made their way down the hall to the reception area. “You still doing OK Mrs. Branch?”

Val grabbed her arm. “I need a Bible right away!”

Ann patted her hand. “There will be one in the bedside table. I know at times like these it sure does a body good to call upon the Lord. You’re going to do just fine, though. I’ll say a prayer for you myself.”

In a matter of minutes Val was changed into a hospital gown and in her bed. As soon as she was alone, she took the Bible from the nightstand and turned to Genesis 10:8.

Val smiled and whispered to herself as she closed the book, “He wants a might hunter, huh?” Her smile was soon wiped away as another contraction hit…

Daniel and his father sat quietly on stumps, guns lying across their laps at the edge of the cornfield. The hunters had only two birds by their side.

“I guess ya ain’t much got ya mind on hunting today do ya, son?” Edgar nodded and shifted his legs. “Yeah, neither do I.” After another long pause, he continued, “Don’t tell any of the men folk, but I’m kinda pulling for a little girl this time. Always did like to imagine myself with a little granddaughter hugging my neck and crawling up in my lap calling me Grandpa.”

Daniel smiled at the thought. “That’s fine with me. I just want to bring ‘em both home safe and healthy.” He stared out over the field, still deep in thought. “Val’s been after me to give up farming. She likes the idea of a regular paycheck, maybe taking that job at Sears Department Store.” He smiled. “You know how she is, needs everything to be planned out.” Daniel glanced back at his dad. “What do you think?”

“I think that’s a big decision to make on a day when you’re not all worried about other things.” Edgar got up and gently patted Daniel on the shoulder. “What’d ya say? Let’s give up on  hunting for today and head back to the house for a cup of coffee. Just don’t tell your ma I drunk a cup this late in the day. She’ll tan my hide. Can’t enjoy anything around that old woman!”

Daniel nodded and bent down to pick up their birds. “Well, we only got two, not much of a meal or bragging rights, but I got ‘em both with one shot.”

Little did he know that at the exact moment of Daniel’s monumental, two-bird kill, Val gave birth to twins- Nimrod Davis, the great and mighty hunter- one with the earth, had arrived. His sister, Carla Marie, came a few minutes later. The doctor joked that she seemed to be allowing enough time for Rod to be taken care of first, before making her appearance.

With one child already at home, Valerie Branch is surprised when she delivers twins on Labor Day of 1961 with her second pregnancy. Rod is predestined to be a mighty hunter, while his sister Carla, is born with the gift of healing. With a strong connection to her brother, she senses when he is in pain or trouble, a gift he doesn’t reciprocate—even when she needs him most.

Challenges arise when this over-protective mom and simplistic father Daniel don’t always see eye-to-eye on raising their free-spirited children. But the family bond holds tight through every new trial and their faith grows stronger even when tragedy brings them to their knees and evil invades their community.

Holding Her Hand narrates a family saga that takes place in rural North Carolina when tobacco farms still ruled the South, when attending church on Sunday morning was the norm, not the exception and when most families were struggling to make it to middle-class status.

Sylvia Mintz, a North Carolina native, works as an office manager for a national medical management company and is active in her community. Mintz lives in Wade, North Carolina, with her husband of thirty-one years, David. They have two children. This is her debut novel.