The Man Nobody Wanted 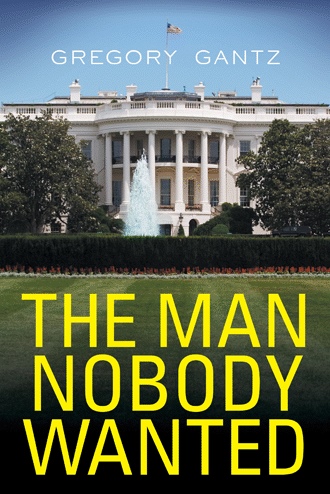 Air Force One was the world’s safest aircraft. The most sophisticated communications, even its own operating room and an anti-missile system. Yet bringing the President, his wife, and the Secretary of Defense back from China it disappears over the Mariana trench—the deepest part of the ocean.
Niles Vincent Blanchard is a Senator from New Hampshire. When Cheney has a heart attack, “the man nobody wanted” is begrudgingly elected Vice President. Air Force One is bringing the President, his wife, and the Secretary of Defense back from China. When the plane disappears over the Mariana Trench, the deepest part of the ocean, Blanchard is the new President.
Paul Reiner is on the phone.
“Goddamn it,” he said. “Somebody has got to know what he plans to talk about.”
The President is scheduled on national television in less than six hours.
Sam Coulter is usually taken as Greek or “Mediterranean.” His mother a French nurse, his father an Army trained doctor, part black and Cherokee. Sam has been borrowed from the CIA and not returned. Technically, he is on the National Security Council. But he has no space in the Old Executive Office Building overlooking the backyard of the White House.
He shows up when Paul Reiner calls.
Hanging up the phone, Reiner turns to Sam.
“I suppose you know why you’re here.”
“You’ve already talked to everyone I’d call.”
“Improvise.”
Sam improvised in the rain waiting for a taxi. Up Connecticut Avenue, he got out near a Chinese restaurant and climbed a flight of wooden stairs. The metal door was labeled, “LOOKING GLASS”with a peephole in one of the O’s. Ben Glass did the looking and Washington was his Wonderland. Sam had given him pictures of a girl in Saudi Arabia whose mother had donated $300,000 to the missing President’s election. When her divorce was announced the father just put his daughter on his jet and took off. In return for the pictures, there had been no mention of Reiner’s girl friend dating a married Senator from Oklahoma. This was a barter society.
“Don’t ask me about the crash,” Glass said. “The networks are chasing their tails.”
“I’m asking about the President’s speech tonight,” Sam said.
“Hell,” Glass said. “I should be asking you.”
By drawing, there was a single television camera in the oval office—Blanchard looking like the college professor he once was. There was no teleprompter—no speech to prompt, only a single hand-written page on the desk.
Blanchard did talk about the crash—nothing new. He then shocked the world. “There can be no peace in the Middle East as long as a small outlaw country dictates
the foreign policy of the United States. To break the endless cycle of violence I have ordered all Israeli assets in the United States frozen, and all U.S. aid cancelled until Israel has withdrawn from its illegal settlements and returned to its 1967 borders. It must also recognize a functional Palestinian State with Jerusalem its jointly shared capital.”
This brings in the Mossad. Sam knows the spy game. But this is no game.
The Staten Island ferry is sunk, killing hundreds. More die when traffic is blocked in the Lincoln tunnel, chlorine gas released. The Israeli Commercial Attaché is shot. Israel reminds that it daily faces terrorism. On the promise of information on the crash of Air Force One, Sam provides David Asher a safe house outside of Chicago The President learns of the event after a posthumous award of the Medal of Honor—at which Blanchard meets the girl he almost married.
Sam gets a full report on the Commercial Attaché from Will Vance in the CIA. Definitely Mossad. A Palestinian leader killed in a Beirut bombing, another shot in Crete. His mother a doctor in Jerusalem. His sister died in, or after childbirth. She worked for Yul Pinzer, Prime Minister of Israel facing re-election--married with two children.
Asher’s stash of money is stolen by the girl who worked at the rental property. Can Sam get him $25,000 and a U.S. passport? The President provides the cash, “no” to the passport. Keeping his end of the bargain, Asher lets Sam know that a Japanese biologist was involved in the crash of Air Force One.
In New York, Sam stays with Jessica Helms, Reiner’s ex-wife. Her roommate, Susan Miller, has been murdered in Washington, Jessica works for a Foundation close to Israel. Her mother is Jewish, her German father a famous pianist. Her roommate, Susan Miller, has been murdered in Washington. Unknown to Jessica, Susan has smuggled in a newly discovered Red Sea scroll for her professor at Columbia. Pursued by the Mossad, he lets Susan hide the scroll—found by Sam in a hand-painted harpsichord given Jessica’s father. On Jessica’s first night in bed with Sam they are accompanied by Chopin.
On a trip to Israel with Jessica, Sam is kidnapped—arranged by Asher, in Israel to investigate the death of his sister.
Back in New York, Sam finds Professor Fielding whose apartment has been ransacked by the Mossad. His German publisher has sent two experts to evaluate the Red Sea scroll. Both confirm it signed by Jesus. The scroll is stolen by Jessica to be destroyed by the Israelis. Sam could have intercepted her, but trust has to start some place.
Unanswered;:
Who sank the Staten Island ferry—and how?
Was the Russian mafia involved in the Lincoln tunnel disaster?
What happens to the “man nobody wanted”—who has accepted a teaching job at the University of Minnesota, near the girl he almost married?
Does Israel continue to control U.S. foreign policy?

After Vice President Dick Cheney suffers a heart attack, there is a mad scramble to find a Republican replacement. When Niles Blanchard, a senator labeled “the man nobody wanted” by the New York Times, is begrudgingly elected vice president, no one imagines that Air Force One will soon disappear over the Pacific Ocean with the president, first lady, and secretary of defense inside. Now as Blanchard prepares to address the nation on national television, none of the remaining White House staff know what the new president is going to say.

When President Blanchard shocks the world by announcing he is cutting off aid to Israel until the country meets several demands, Sam Coulter, on loan to the White House from the CIA, steps in to help stop a brutal spy war. After Sam heads to New York and stays with Jessica Helms, the wife of his boss, the Staten Island ferry is sunk, chlorine gas is released in the Lincoln tunnel, and the Israeli attaché is shot. But when Jessica’s roommate is murdered and Sam discovers she recently smuggled a Red Sea scroll out of Israel, he becomes determined to find the missing artifact. There is only one problem: Sam is not the only one searching for the scroll.

In this political thriller, a new president makes a decision that changes everything and leads a former CIA agent down a perilous path to stop a war and find a missing artifact.