The Adventures of Dave and Dusty 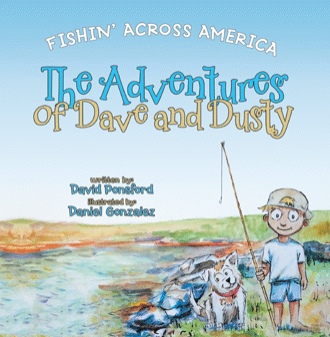 The next great fishin’ hole lands Dave and Dusty in Beautiful Colorado, right next to the relaxing town of Pagosa Springs, located in the Rocky Mountains. Dave and Dusty like to fly fish for monster Rainbow Trout in the San Juan River.

With Dusty running the banks and Dave wadding in the water with his waders, Dave fly fishes with what has become to be known as the San Juan drifting worm with a barbless hook. The San Juan River has an abundance of red worms and is a favorite treat for the enormous Rainbow Trout that live in this river. These trout are fun to catch, however to preserve the population of these monsters, once caught Dave and Dusty then release the unharmed Rainbow Trout back into the river to be enjoyed by another angler in the future.

Location 8>
Now Dave and Dusty find themselves way up north, north to Alaska. Alaska is known as the Final Frontier and has an abundance of salmon species. Dave and Dusty are longing to reel in a monster King Salmon. While having to share the banks of the Kenai River with gigantic Brown Bears, Dave and Dusty use a silver and salmon egg colored spoon lure in order to entice a King.

At last there was a strike, a 30 second fight, and behold a salmon. Not a King Salmon though, instead his smaller sibling, a Pink Salmon. “Probably a good thing”, Dusty thought, a King Salmon would have pulled Dave right into the Kenai.

Dave and his puppy, Dusty, are best friends who love to fish. As they embark on an adventure around America, they begin fishing in some of their favorite spots.

By Mississippi ponds, Dave and Dusty go cane pole fishing for catfish while sucking on blades of grass and listening to the cicada sing. Alongside Lake Winnipesaukee in New Hampshire, the pair patrol the shore and cast crank bait lures in search of hungry bass. While sharing the banks of the Kenai River in Alaska with gigantic brown bears, Dave and Dusty try to entice a king salmon onto their hooks. From the Boundary Waters of Minnesota to the lava rocks of Hawaii, Dave and Dusty are having the fishing adventure of a lifetime!

The Adventures of Dave and Dusty tells a tale of a boy and his puppy as they fish their way across America, enjoy the great outdoors, and follow their streams.

David Ponsford was raised in an Air Force family. He fell in love with fishing as a boy when he discovered a small creek behind his Anchorage, Alaska, house filled with brook trout. David currently resides in Aurora, Colorado, where he continues to follow his streams.