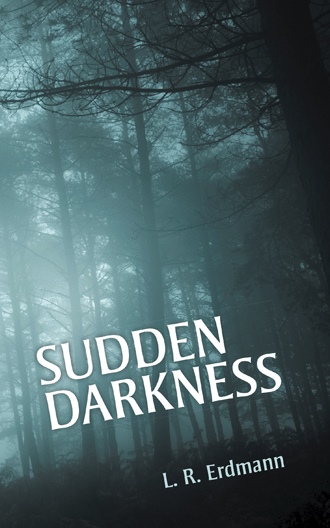 Alice Johnson was an attractive brunet, who had a family problem and was now looking for help with. It was a warm and sunny day in Milwaukee; she stops to open her purse and reaches inside to get the address of a man she was looking for. To her surprise, after looking at the address she was very close. She spots the name on the door and enters, and walks into a medium size lobby. After looking over the list on the wall, she spots the name she was looking for. She walks over to the elevator as the door starts to close and wonders if this PI can really help her with her brother. Alice Johnson was a Registered Nurse in a fine hospital in the city of Milwaukee. She was 36 years old and of average height, slim and took good care of herself. She took good care of her brunet hair, which was shoulder length, and styled to look good with her facial features. The elevator stops and the door opens at the floor, there were was a hallway that ran the length of the building, with offices on both sides. Alice slowly walks and notices the name on each door, till half way down the hallway she stops. She looks at the name on the paper in her hand, and thinks, this is it, and opens the door. The room was deep in length and about of average width, and had a high ceiling. The window was slightly open, and a nice breeze was filling the room. She then notices the man behind the desk. He was finishing filling out papers, and really didn’t notice the door had opened at first, till he glanced up and noticed the woman standing at front of the desk. He returns to his file and says, “I’ll be right with you in a second, and please have a chair and make yourself comfortable.” Alice watches him casually as he writes in his file; she slowly looks around the room more closely. There were pictures on both sides of the room, some of family and friends and others of a time in the military. There were filing cabinets on his right, and other heavier cabinets on his left. His desk was messy, with notes in different areas of the desk, files, and a laptop computer that was closed. He had an overhead light above his desk that was on, and then also noticed that he also had some nice standing plants on the floor, on either side of the room next to the filing cabinets. “Ok MS Johnson, how may I help you?” Alice heard suddenly. “Yes, I’m here for my appointment with you Bill,” replied Alice as she once again looked at him. Bill Radner was a man in his middle 40’s, about six feet tall, an athletic build. Bill was not a big talker, but really loved his job and what he was doing in his life. He ran his fingers through his dark brown hair as he studied his client. He was a good judge of character, and had to be in his line of work. Bill had 4 years in the Air Force for his training there, and went further after that in college studying criminal law, then 12 years as a detective for the police. Bill leaned back in his chair as he closed his file. “From our telephone conversation we had, you are really concerned about your brother, ah, Adam, is that right MS Johnson,” questioned Bill still carefully studying his client. “Yes that is correct Bill, Adam is my older brother, and as I told you on the phone, he is very well off, but his actions are very strange and not like him at all,” responded Alice looking directly at Bill. “Well then, will you go into more details of this strangeness if you will, please,” replied Bill still leaning back in his chair. “As I told you on the phone, we were always close to each other as we grew up, we went to the same college here in Milwaukee, I went into nursing and Adam into futures, but we were always close. But lately Bill, he doesn’t call or return calls. Here is that letter he sent me Bill; it really makes no sense to me at all.” Alice answering as she turns over the letter to Bill. Bill leans forward in his chair and takes the letter and again leans back into his chair as before and reads.

It’s a slow day when private investigator Bill Radner and his friend John Cleveland meet Alice Johnson. She’s concerned over a letter received from her brother--a letter that was cruel and sounded nothing like him. Even though Radner suspects no more than a family argument, he agrees to look into her case.

Turns out Radner was right to work for Alice. Her brother, Adam, is not only a successful trader on the Chicago Exchange but he’s also the leader of a satanic cult. Radner enlists the help of Bishop Mark Frazer, and soon, the PI, his pal Cleveland, and a man of the cloth are embroiled in a scandal of devil worship and murder.

Good thing Radner has some ideas. They’re going to need to trap Adam before he can kill Alice. The perfect time to do so will be during a ritual sacrifice at Adam’s home in Wisconsin on Halloween. It won’t be easy, not with Adam’s legion of followers, but Radner has backup and a full proof plan to stop this evil mastermind.

L. R. Erdmann was born and raised on a dairy farm in Wisconsin. After high school, he worked at a large cheese factory for forty years. He is a longtime fan of private investigations and detective work. Now retired, he focuses on writing, religion, and family.