The Spiritual Meaning of Disease and Science 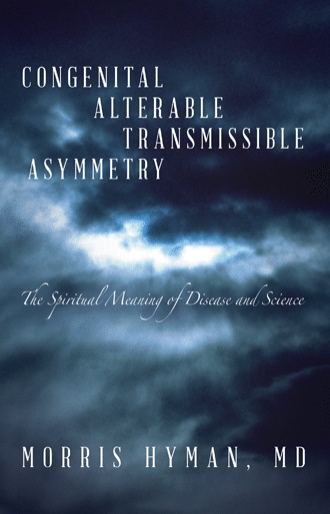 We live in an era of paltry awarenesses, in which the most widely employed terms and concepts are unrelated to true reality. Ask the average individual to define, for example, a religious person, and he will almost invariably point to one who attends church regularly and is a faithful devotee of its dogmas and rituals. But if we question him further, and he is honest in his responses, the following dialogue may well eventuate:

But (we shall inquire) this religious person of whom we are speaking—shall we attribute to him the quality of selfishness of selflessness, if either be in the nature of true religiousness?

And the going to church, with its adherence to ritual and dogma—is it generally associated with concern for others or for self-seeking? In other words, what is generally the motivation for the church going?

Selfishness, I’m afraid; it is salvation for self that the individual is looking for.

And what shall we say of a person in one of the dedicated fields—nursing or medicine or social work or teaching—whose primary preoccupation may well be with the fate of patients or clients or students? Shall we consider such an individual to be selfish or selfless in his labor?

Selfless, to be sure.

And if such a selfless, dedicated person never attends church, shall we now believe him to be irreligious by contrast with that other, the faithful parishioner whose fundamental motivation we have already concluded to be that of self-seeking?

There is only one possible answer to the final question, and it is opposite to the prevailing one.

Similar fallacies may be detected in the concepts of our age with respect to such commonly described qualities as courage, power, wisdom, beauty, virtue, freedom, spiritual education, etc.—the list is long enough. But the inquiry of this writing is with another of the misunderstood appellations of contemporary society, with the word, “science,” as well as with its perceiver, the “scientist.”

Our era is replete with allusions to both terms; and thousands of students who graduate each year with degrees in the discipline make likely the conclusion that ours is a Mecca of wisdom to which every past epoch must bow in homage. While such statements as: “we have developed more scientists in the past decade than were present to all of the previous ages of humanity,” which the author came across recently in the pages of a popular magazine, only reflect the aura of knowledgeable sanctity which envelops us.

And yet there is a curious uneasiness which accompanies such concepts, and one wonders: if this be truly the age of scientific wisdom it professes to be, then why the attendant chaos and fears and suffering? For there is an equally persistent feeling, which nothing seems able to eradicate, that an age of science, of widespread knowledge of the sublime ultimates and absolutes of existence and of the universe, must somehow be accompanied by light (rather than by darkness), by courage and faith, joy and hope, beauty and virtue—all the lovely beatitudes in which our culture is so sadly lacking.

And being a physician, a disciple for more than thirty years of one of the presumed sciences, encouragement is added for the questioning of prevailing faiths. If disease (as we are being so constantly and eagerly informed) is being steadily eradicated, then why has longevity reached an apparent crest from which it appears even now to be receding? Successes have occurred in the treatment and prevention of such infectious conditions as diphtheria and tuberculosis and poliomyelitis, while experience too often reveals the frequency of therapeutic failure in the dread diseases of cancer and coronary thrombosis. And by some miracle of spiritual insight, the slumbering soul awakens one day from the encompassing darkness to realize that success, which is possible when microscopic predators exist to be suppressed and destroyed, may not be possible when the problem is one of congenital imperfection. And though chemicals are being ceaselessly synthesized and employed with seeming effectiveness, their toxic manifestations appear to be on the increase as well; and nowhere is there being asked the imperative philosophical query: how can drugs which are completely foreign to the entire evolutionary experience of a species be more beneficial than harmful?

Where also are the philosophical probings which begin by understanding and acknowledging that physical man is an offspring of certain attributes and laws of Nature, while wondering whether disease may not be an end product of indifference to such all-embracing reality? What, indeed, if we are to inquire further, is disease itself, and what is that blessed abstraction called health which, when lost, brings on the inevitable shadows of illness? Is there even a unity present to all healthy, functioning cells—and may it be nutritional adequacy? And what of the nutritional norms of the human species—are we truly omnivorous, as is so universally accepted? And are there indeed 10,000 different diseases, or whatever number has by now been calculated by the discipline of medicine—or is there in reality but one disease with 10,000 different faces? And new questions occur as answers redeeming the old bring fresh courage in their wake.

Step by step, through the mists of enshrouding faith, the soul struggles on: each effort yielding deepening illuminations which brighten the pursuant steps, each act of faith the progenitor of new faith. And one day, emerging from the stifling cavern of contemporary beliefs into the ecstasies of ineffable light, there arises the associated awareness that what has been left behind in the shrouded holocaust is not science but a seductive similitude.

The author is convinced that the scientist is the rarest of all beings, a mature soul somehow distracted, perhaps by rare environmental occurrences, from the exalted and sublime spiritual and philosophical contemplations which are his natural prerogative, to the study of the lesser beauties of embodied reality. Progressively informing the intellect, as God has informed Nature, his soul moves across the darknesses of prevailing opinion to become the unique perceiver of the hierarchy which lurks within and animates the living organisms and the physical world—the lonely and infrequent inheritor of the elevated spirit’s voluntary descent into those lesser realities which constitute the perceptions of the scientist. And his final and ultimate discovery, blindingly bright, self-assertive and without refutation, is that the physical has no reality of its own, but only participates in such to the momentary degree to which it has been yielded the reality of the spiritual.

“Since the soul is immortal and consequently indifferent to the concept of death, the evidence that the mind, with its unceasing fears, is always transcended in such moments of creating moral beauty is revealed in the frequency with which individuals have been known to have ended their mortal existences in spontaneous and hopeless attempts to save the life of a complete stranger. It is interesting to note that there is in the language no word, such as “inspiration” or “intuition,” with which we may describe such noble activities of the soul.”

Morris Hyman, born Moses Hyman on June 2, 1908, was fated to become a doctor after his oldest brother, 16 years old with a scholarship to Columbia University to study medicine, died overnight in the 1918 influenza pandemic.

In 1942, at the age of 33, married only three years to Shirley, Morris was sent overseas as a doctor in World War II (photo depicts him before sailing to his first destination, Casablanca). For three and a half years Morris remained in the theatre of war, first in Casablanca, then in France, England and finally Germany when the war ended and he and two other American doctors were in charge of a German hospital. Returning home to New York City, he practiced medicine for three decades on the Upper West Side of Manhattan, at the Belnord, making house calls and never raising his fees for the entirety of his practice. He and his family spent summers in his much beloved Vermont, where he painted, wrote poetry, took long walks with his wife and daughters, and had numerous animals. He became a vegetarian in the 1950s. He is survived by his wife Shirley, who recently turned 101 (see “Shirley and Moe,” a You Tube video created by Brandon Stanton, author of “Humans of New York”), and two daughters, Sally Laura and Judith Isabelle. This manuscript was written in 1970.