One Man’s Fight against Crohn’s Disease and Cancer 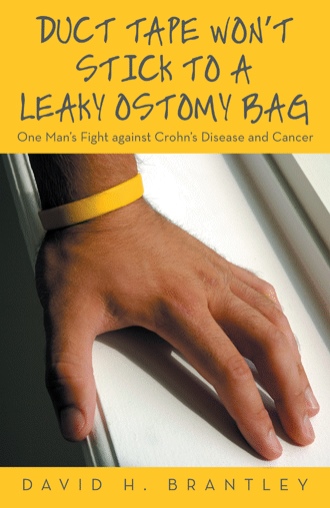 Walking into the Unknown

For eighteen months, my body sent signals that more than age was settling in. I not only creaked, I cracked. I folded into bed at night without comfort. I awakened in the morning without the motivation to get up, especially having spent little more than two or three (praise Jesus!) of my “sleeping” hours in sleep. This was the pattern my body established, a pattern I attributed to major changes in my diet, in my activity, in my social and intimate lives, though by all measures, those changes were healthy, or healthier than the habits I’d lived with into my middle age.

I noticed the deterioration of my health in gradual stages, although by the time I could discern what physical manifestation plagued me, I’d wondered how sudden the onset had been. Some of the changes started well before the eighteen months that led up to my diagnosis; all of them signaled danger.

I couldn’t stand on my feet for more than an hour without shooting pains in my legs, not just cramps but searing heat that ran from my pelvis to the bed of my toenails. I gave up my routine of walking five miles each morning and again in early evening. One doctor suggested I had a developing case of gout. Another lanced my toes and ordered scans of my feet, hoping to identify a possible infection. A podiatrist chided me for clipping my toenails incorrectly and ordered me to wear shoes at the beach (my favorite walking venue), told me that the soft sand didn’t support my weight enough, although I had dropped fifteen pounds by then and was fitter than ever. Even so, the walks became unbearable, and despite an investment in pair after pair of proper footwear, the distress grew and I had to resign myself to smaller upright movements around the yard and house.

I couldn’t sit in a chair for more than ten, fifteen minutes (if I lasted that long) before my coccyx felt sledge-hammered and forced me to either stand or lie flat. Standing by now was out of the question, even if I remained motionless, because of the pressure on my feet. So, I took to my bed and battled the leg and tailbone pains from a reclined position. I spent much of my down time on top of a heating pad that, even in the swelter of summer, helped to dissipate the pain and lulled me into a sense of feeling better.

My head ached and dizzied. My penis quit rousing altogether (a symptom that had started a few years prior because of excessive bike-riding and undue pressure on my genitals and groin). My urine trickled, with effort. My extremities stayed numb for long periods of time, followed by excruciating stinging when they awakened. I swallowed Aleve, tried Viagra and Cialis, Flomaxed my piss into a struggling stream, and became a heating pad addict. Nothing helped, and the symptoms persisted.

My doctor scratched his head, stymied.

My patience ran out.

David H. Brantley’s first serious challenge came when his doctor told him it would be a miracle if he survived another six months. Crohn’s disease was simply taking too heavy a toll on his system.

Thirty years later, another doctor told him that he’d have to open him up for surgery to determine the severity of his colorectal cancer. Even though it was worse than the doctor imagined, Brantley persevered.

In this inspiring account about fighting Crohn’s and cancer, Brantley looks back at the big dreams he had growing up, including becoming a successful actor and writer—and celebrates what he actually became best at—beating the odds.

Through the Crohn’s and cancer, he’s kept fighting and learned that living out one’s dreams is not nearly as important as dreaming to live. Of course, he’s made the journey easier by playing some Broadway tunes in the background.

If you’re struggling to overcome an obstacle that seems impossible, you’ll be inspired to keep fighting by joining Brantley as he looks back at a lifelong struggle and the lessons he’s learned in Duct Tape Won’t Stick to a Leaky Ostomy Bag.

David H. Brantley is a former professor of English, communication, and developmental studies. His poetry, fiction, and essays have appeared in Frostwriting, Connections Literary Magazine, and other venues. He lives in Wilmington, North Carolina, with his partner and devotes much of his free time to charity sewing and handwork.