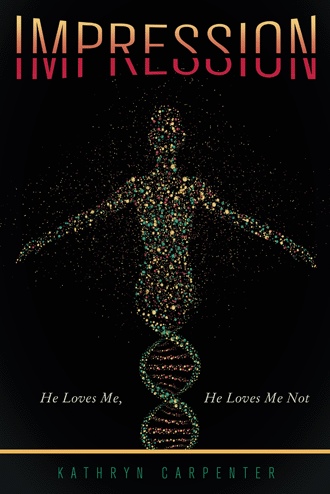 I latch my purse over my shoulder, as I turn the corner onto the sidewalk. Suddenly I get a piercing impression of danger. The hairs on my arms stand alert. I glance into the side mirror of a truck parked next to the curb. It looks as though someone is following me. Is it Noah? No, it can’t be. He said my abilities wouldn’t work with him. Of course, he could have lied to confuse me. On it’s own impulse, my heart tries to tear out of my chest, hindering any quick judgments. Then I hear a voice. “Trust your instincts and run.” I heard it, but no one was there. It distinctively sounded like Noah. The impression of danger suddenly got stronger. I glanced back, only to see the man behind me is gaining ground. I heed to the warning and take off running. I can see my car, but it’s still a good sprint away. I hear the voice again, more clearly now. “Get your keys out. You may need them to fight with. If he gets to you before I get there, claw his eyes out with them.” I don’t understand how I can hear Noah’s voice. It’s like he’s speaking to my mind. The footsteps are pounding the pavement behind me. This is one time I’m glad I had to run to keep the pounds off. I didn’t realize how fast I was. Sliding to a stop, I cram the keys into the door. But before I could turn the key a half a turn, I’m knocked off my feet. Clamped onto my keys like a vice, I claw at his skin. I try to break free, but he’s too strong. He grabs me by the hair of the head, and drags me around onto the sidewalk. I continue to fight, as I’m slammed to the ground, forcing the air from my lungs into my throat. I can see his face clearly. His red hair and pale skin appear strange to me. I’ve never met him, yet his impressions are loud and clear. He wants to kill me. He jerks a knife from the inside pocket of his jacket, slashing his pocket open with the motion. I’m helpless to his strength, as he holds me down with one hand. I can see into his eyes, but there’s nothing there. They were soulless. He swings the knife back violently, only to have his wrist almost torn from his arm. He drops the knife, as Noah’s fingers wrench around his hand. His former strength seems powerless against Noah’s attack. He looked like a rag doll, as Noah grabs him by the throat and slams him into the pavement. My eyes widen, as Noah turns to me, his hands still clamped onto the attackers throat. “Get in the car Chloe, and get out of here.” I stagger to my feet. “What about you?” “Don’t worry about me. He’s the one that needs protecting now.” Afraid not to follow his instructions, I jump into the car and drive off. I’m halfway down the first street before I realize, I never spoke one word to him. He heard my thoughts and I heard his.

If choosing a soul mate were a life-or-death decision, would you choose more carefully?

What would you do if you made the wrong choice-and a loved one died as a result?

How would you feel if the person you loved didn't love you back-and it cost you everything?

You would think these choices would be easy for Chloe Davenport, a young girl born with the powers of impression. Chloe can read people's intentions. She knows a person's true nature. It is said that a little knowledge is a dangerous thing, and for young Chloe, that's about to come true.

At great cost, she will learn a painful lesson. What was once a valuable gift now seems like more of a curse. Her impressions fooled, her desires heightened, her instincts distorted, she doesn't know what's real and what's a dangerous lie. She doesn't know how special she is-or how dangerous these abilities can be. And now, she's torn between two perfect guys. Caught in a fight for her life and true love, Chloe must learn to trust herself before it's too late. As her impressions grow stronger, she does too.

But will she be strong enough to know the truth when-and if-it is ever revealed?

Kathryn Carpenter is driven by a great passion for life. With the publication of the first book in her planned Impression young-adult series, she hopes to share her important, teachable life lessons to her readers. She, her husband, and two daughters live in eastern Tennessee.