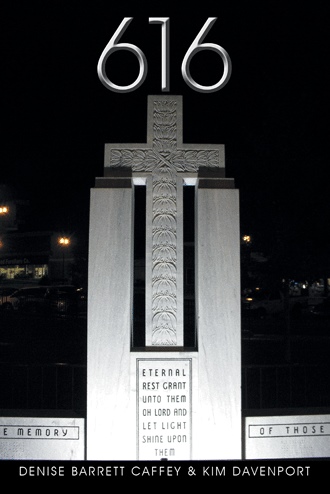 Woodbury is one of those sleepy small towns in Middle Tennessee, and Main Street is just a place people pass through to get to somewhere else. No one takes any notice of the little town in the road except those who are born and raised here. That is, unless something bad happens, and they find their community at the center of the six o’clock news.

Three young women--friends since childhood--live in Woodbury, leading what they think are ordinary lives: Moss is a moonshiner, Erin is a banker, and Blue is the wife of a preacher. What they don’t know is that the upstanding mayor, Erin’s uncle, is living a secret life--making a deal with a demon who brings evil into this small town.

Moss is also a dreamer. Her dreams are vivid, real, and terrifying, and they were starting to come true. After a botched murder investigation, the friends decide to set a trap and Moss has a redneck trick or two up her sleeve. Though the results are hilarious and are talked about around town for a month, it reveals a threat of evil. The friends lives are turned upside down when their eyes are opened and they began to see into the spirit world--a frightening world of the demonic.

Denise Barrett Caffey and her husband Scottie live in Woodbury, Tennessee. They have four children and nine grandchildren.

Kim Davenport lives in Woodbury with Loretta, her loyal mutt. She has two children and two grandchildren.