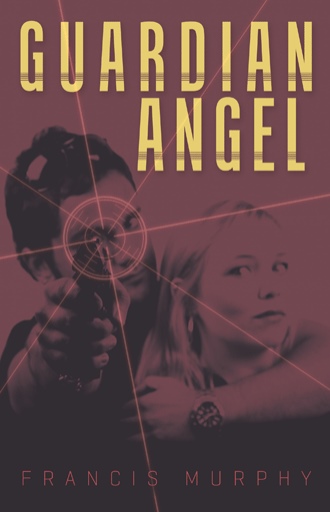 “Pablo, how are you my good friend?” I said in Spanish on the phone. I had called one of the numbers that I had copied off of Pablo Toscano’s phone. It should have rung in his study.

“Who is this?” Toscano challenged immediately. ‘I must sound different over the phone than I do through a mask at night,’ I thought.

“I’m your new friend from the other night. Do you remember me Senor?” I asked. “We had a nice little chat in your study after midnight, just the two of us, about future opportunities.”

“Yes, I remember. I was not expecting you to call so soon. You said a week.”

“I said I would give you a week to decide, but I think that good friends should call each other more frequently to stay in touch. Do you not agree?” I asked.

“I think I could go all year without hearing from you,” he replied.

“That isn’t very nice,” I said. “Have you noticed anything missing Senor?”

“I don’t know what you are referring to,” he said, with acid in his voice. He was trying to maintain some semblance of control over the situation, but I think realized that he had none.

“Ah, perhaps I was mistaken. I came into possession recently of a new yacht, a very beautiful vessel. I can see myself proudly entertaining my good friends such as yourself and your lovely wife on such a beautiful yacht. But this yacht came with some special things inside, some unexpected features that considerably increase its value.”

“And what is the name of this yacht; this new acquisition of yours?” Toscano asked, trying to maintain control of the tone of his voice.

“Well what’s in a name really? It was named the Cheyenne when I acquired her, but I was thinking of changing it. What do you think of ‘The Alberto’ for a boat?” I asked chiding him with Eduardo Cruz’s code name inside his organization.

“You have the gall to call me and tell me these things? That you stole my boat?” he asked incredulously.

“The Cheyenne was your boat Senor?” I asked, sticking the needle in a little deeper. “But the cargo, the most precious cargo, was clearly that of our mutual friend in Mexico City. There was other cargo too that also added value. But the primary cargo was definitely the property of our mutual friend.”

I listened for an emotional response. He was silent, stunned. He did not know about the ‘most precious cargo.’ I decided to fill the silence with more information, to confirm his lack of knowledge and push him closer to an alliance.

“Two metric tons? Are you serious? On my boat?”

“No Senor, two metric tons on my boat,” I said emphasizing ‘my’ to communicate the recent change in ownership, to stick the needle in just a little deeper. “The Cheyenne belongs to me now.”

“And what of my shipment that was on the Cheyenne? What has become of my property?”

“Oh Senor, you have no fear for that. I will take good care of your property I assure you. You are my friend. I will keep it safe for you, just as I am keeping safe the former property of Senor O’Malley. I understand what a large investment that is for you. Twenty individual items of ah, property. Yes, I will take very good care of it; very good care.”

“I told you what I want Senor. I want to be your friend. My Padrone and I want to go into business with you against Senor Cruz, as I said the other night.”

“Perhaps we can discuss it in person,” he said.

“Most certainly Senor,” I said. “But for now, I have a pressing schedule that I must keep. I have many new friends to make. Perhaps we can schedule something in the near future. Perhaps you can join me on my new yacht.” He said nothing.

“Can you tell me Senor, who do I thank for providing that lovely bonus that was also on the boat?” I asked.

“What the hell do you mean now?”

“Why there was an unexpected bonus on the boat Senor. I understood from the captain, may God rest his soul that this bonus was not to make it all the way to La Jolla.”

“Again, I do not know of what you are speaking.”

“Are you sure Senor? Planning to kill a US Federal agent is something that I would think loyal members of your organization would think to mention, is it not Senor?”

“What are you saying?” he said, panicking now. He is not that good an actor. He did not know about Lydia either.

“Well you need not worry. It is taken care of for you. After she was finished speaking with me, she chose to swim home. I do not think she made it, but she seemed very confident at the time.”

“Ah, could it be your loyal friends are not so loyal? Are you saying you did not know? They did not tell you Senor that a US Federal agent was captured; that she was intended to be killed by the crew and dumped overboard while sailing north to California?”

He was silent; dumbfounded.

“Well perhaps I should tell Eduardo to gain his confidence,” I said. “Perhaps it was really his boat after all?”

“It was, is my boat. It is my shipment. I will have the head of the man who did this.”

“Well you need not worry about that either. I took the liberty of retiring the crew. They did not seem very efficient. And they did not ask for any severance pay. Though I did provide severance anyway, because I knew you would want me to.”

He seemed emotionally spent now, and confused. There was a lot going on in his organization that he was unaware of, and I was sure that did not sit well. He was also starting to realize that he had little to no control over the evolving situation. But I needed to accomplish one more thing before I finished delivering my message.

“And I would like to thank you dear friend, for helping me achieve so much in so little time,” I said taunting some more.

“What are you talking about now?”

“I want to thank you Senor, for providing the inspiration to acquire the Cheyenne. Yes, my friend, leaving the Cheyenne’s scheduling information out where I would surely see it was very considerate.”

On the southwestern border of the United States, a burst of violence catches the eye of James Thompson, a retired Navy admiral turned intelligence officer. After members of an international sex trafficking ring and several of their young victims are murdered, the police are unable to solve the crimes, prompting Thompson to dispatch his lead field researcher to investigate. His appointee is a former elite Army soldier who lives by the motto that defending and protecting the weak is the duty of the strong. As the now unnamed agent leaves for San Diego, he is prepared to do whatever it takes to fulfill his mission.

The agent leverages his vast skillset to quickly connect several crimes and identify the likely perpetrators. With the help of a small support team that include Thompson, an intelligence analyst, and a computer genius, the agent uses multiple aliases to plunge into the sinister world of sex trafficking with the hope of bringing key members to justice. Now only time will tell if his unorthodox and extreme methods of obtaining information will help him succeed or fail miserably.

Guardian Angel is the compelling tale of a covert agent on a determined mission to find, fix, and finish a worldwide sex trafficking operation before more innocent victims die.

Francis Murphy is a career military officer with an extensive background in analyzing potential adversaries of the United States. His knowledge and experience contributes a keen insight to his stories, the tactics and techniques of terrorists, criminals, and nation-states. Francis currently lives in Colorado Springs, Colorado.