The Curious Autobiography of Elaine Jakes 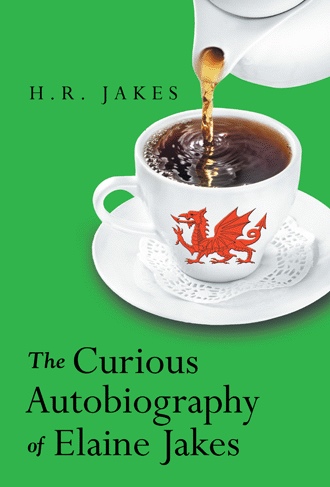 …my roommate, Barbara Parrot, seemed to me a bit of a Philistine. My initial relegation of Barbara to Philistine status came not from her given name, which smacked of a lack of sophistication (as Barbara, in its root sense, means the woman whose diction is so un-refined that it sounds like she is saying “Bar-Bar-Bar,” though in her case with a robust southern accent), but simply in that she hailed from Baton Rouge, Louisiana—such was my Northeastern prejudice. Nevertheless, she enjoyed a touch of redemption for her proper pronunciation of all things French or Cajun. Even a city name such as “Baton Rouge” preserves at least some of its French intonation with or without the cooperation of the speaker; in Barbara’s mouth it sounded positively exotic. Thus, I found it at least as fortunate as it was appropriate that Barbara pronounced her last name, as she explained at our first meeting, in the proper French fashion (Parr-’oh’). “Thank God,” I thought, “I cannot imagine rooming with a Cajun bird.”

Trouble started, however, soon after my initial, admittedly minor jubilation regarding the pronunciation of the name. The nature of this trouble was, frankly, shocking, for within just a few weeks, Barbara began to refer to my favorite black slinky dress, which she often borrowed with or without my permission—for beyond her Cajun accent, Barbara had a wonderful figure that could easily turn heads—as a “nigger” dress.

“My God!” I responded the first time she did so. “What are you saying?”

“You know full well”—”full well” is both a British and southern (U.S.) expression, rarely used in the original thirteen colonies except by foreigners—”what I mean.”

I advanced the argument. “No, I don’t,” I stated more emphatically, “I haven’t the vaguest idea what you mean.”

We left it at that for several weeks, with her calling black objects such as my slinky dress “nigger” objects, and me objecting each time.

“I am offended,” I said (repeatedly) in response to her constant abrasiveness, “when you call black objects, ‘nigger’ objects.”

“I don’t know what you mean,” Barbara said, acting innocent.

After an exchange of mild profanities, I would excuse myself to do my laundry, which I had to do often because of the slinky black dress, which she seemed to like better than anything in her own wardrobe.

Finally, the entire business of the racial slurring came to a head. “I only borrow your ‘nigger’ dress because it fits me better than you. I look good in it.”

Now I was willing to let the implied insult about my figure go, for admittedly Barbara Parrot of Baton Rouge, Louisiana had a better figure than I did, and in fact better than most Bloomsburg Huskies had, whose very mascot would imply big-boned girls—but I was getting sick of the racial slurs. I was just waiting for her to make an anti-miner remark or an anti-Gaelic slur—for here the Welsh and Irish are as if blood brethren.

Upon my latest objection to her use of the word “nigger” she said, “What does it matter to you, anyway? You’re white like me.”

I did not think. I did not reason. Nor even did I say, “Do you really think that all white people are racist?” Instead, I simply responded, “No, I’m not. I’m black. Of course it offends me! I am a Negro!”

“Black.” Then came a pause. “Well, my father is black, so that makes me half black.”

Now I was thinking about the fact that I am really only half Welsh. But I said “black,” while thinking, “Welsh,” which made this half of a half (i.e. one quarter) of a lie.

“I am black.” I reiterated. I had never seen anyone so astonished. Barbara Parrot’s face took on an ashen pallor.

“You are not black,” she retorted, half-demanding, half-questioning, chuckling uncomfortably.

“I am not one hundred percent black, of course. But my father is black—my real father. The person whom you met, well, he is my adopted father. My real father, just before he died (when I was four), placed me in the care of Philadelphia’s Home for Destitute Colored Children. That man”—and here I just made up a name—”Mauro Nero, my real father, was black, fully black. Besides,” and then I stopped, offering a pretended dramatic pause, “Look at my nose,” preying on her bad habit of looking for stereotypical identifying features. “Is that a white man’s nose?”

And then, a ceasefire of several weeks came. … niceties were now the common course of cameral conversation. Other benefits to this new and improved level of domestic decency accrued. For example, on the racially driven assumption that I liked watermelon, she would, from time to time, bring me one that she had gone out of her way to buy at a local green grocer. “You . . .” (no doubt meaning “you people”), she would stammer gingerly, “like watermelon, don’t you?”

”Sure we do,” I would respond, leaving a bit of wiggle room, at least, for her to wonder whether I was using the “royal we” or speaking for my race as a whole, or, in my case, as a half.

Such was the interpersonal dynamic of the rooming situation throughout the term, during the course of which I eventually almost forgot that I was black. Both Barbara and I learned to live with each other. I was discovering the beauty of the Deep South, while she was, oddly enough, learning that racial differences were less pronounced than she had imagined.

”You know,” she said, just a few weeks before the end of the term—an end that would come for me a bit earlier than for the other students, but I shall explain that turn of events momentarily—”you people are okay.”

“The Curious Autobiography of Elaine Jakes offers us slices of classic Americana lovingly transformed by the spirit of Welsh storytelling. It is the spiritual odyssey of a woman finding her way back to faith. Her journey is touching, amusing, and at times hilarious.”

“Witty, wacky, zany—this is a postmodern romp which astonishes with moments of spiritual wisdom and provocative piety.”

—David Lyle Jeffrey, Distinguished Professor of Literature and the Humanities, Baylor University, Author, Houses of the Interpreter and People of the Book

In The Curious Autobiography of Elaine Jakes, author H.R. Jakes offers a fictionalized account of Elaine’s life, telling a variety of stories that involve a romantic ride in an old-fashioned car, a frightening cheese plate, a magic sword, and a cross-dressing monkey. Her story is not one, but many as she humorously reveals time and again how connected her own narrative is to that of her Welsh forebears. During the journey, Elaine, a school teacher in the vivacious and eccentric community of New Hope, Pennsylvania, gains not only an appreciation of the world but also of her heritage, herself, and God.

H.R. Jakes, has been writing all his life and is working on additional books for this series. He and his wife Diana have seven children and one grandchild. They live in Texas.