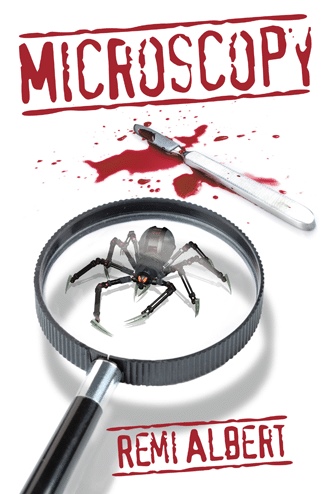 “One”, the figure breaks his silence with the first shot. The fiery discharge illuminates the frightened faces of the diners. It precedes a blood-curdling scream that Karen bellows, shedding light on the first bullet’s trajectory. Karen stands up quickly, staring at the red dot on Eugene’s button-down slowly spread. Eugene Broussard’s state of shock diminishes as he sinks back into his chair and falls to the floor.

The restaurant erupts with screams. People scramble from their chairs in search of cover.

Meanwhile, “Two”, the second shot enters Tyler Graham Vaughn’s side. As he was spinning in retreat, the bullet entered high on the ribs, passed through his chest cavity, and exited via the armpit. The projectile continues on, striking down a fleeing patron. While Vaughn’s body falls forward and bounces off of the table, the shattering of plates and glass wares, as they all come crashing to the ground, isn’t loud enough to cover the word, “Three.”

Dr. Charles Mendel takes a shot in the back but doesn’t fall forward. He spins wildly to the right, colliding with Karen Vicelli en route to her own hiding place. As they fall, Mendel’s lifeless body falls onto Karen’s legs and pins her down.

“Four”, the fourth shot finds Johnston. Miles Johnston thought meticulously, figuring that the kitchen area was safe behind closed push-doors. While making a run for it, the bullet enters his back as well. Miles falls forward into the swinging doors and his body ends up lining the tile-floor halfway between the kitchen and the dining area, with the swinging doors propped open at his sides.

“Five”, Zehata shares his round. Dr. Mumahd Zehata suffers the worst wound by taking the bullet in the neck. Born of an ear, nose, and throat specialist, Zehata took pride in his perfect septum. However, ironically, it’s now deviated. The bullet not only tears the spine, but also opens a blood wound in the trachea, above the lungs, to where Mumahd does not die from the gunshot, but from drowning in his own blood. Lying on the floor and grasping his throat, Mumahd spits and gurgles for air when suddenly, “Six.”

Karen Vicelli tried frantically to free herself by methodically pushing on Mendel’s body to gain momentum, as to try and roll him off with strength and inertia. Pulling her legs out ever so slightly as she rolled, Karen didn’t sustain the frame of mind to notice her surroundings. The mysterious figure was well aware of his immobilized prey and simply walked up to the last remaining member of the Vicelli trademark and fired. The final target is executed by a direct hit to the center of her forehead.

“Seven”, the mysterious figure had one final objective after all. He places the gun underneath his jaw, lifts his face high enough to demonstrate the eyes close, and then pulls the trigger. The bullet finds its way lodged into the ceiling, while the figure in the blue-hooded sweatshirt falls quietly to the floor, ending the massacre.

For medical examiner Dr. Bradley Simpson, it started like any other day. In the process of performing what he thinks is a routine autopsy he makes a life-altering discovery. For reasons he can’t yet understand, the world’s most advanced form of biometric engineering is at play. It has been hidden so well within the body its very discovery was an accident.

With the help of a local detective, Dr. Simpson embarks on the biggest case of his life, determined to find the answers that elude him. In his quest for the solution, he uncovers dangerous information about the nation’s leading medical-manufacturing facilities and their intentions. He must now balance his curiosity with his desire to keep his friends, family, and co-workers safe from the government officials and medical associates who wish to keep their invention a secret.

Dr. Simpson has uncovered a chilling truth. You may think you know what’s inside you, but you have no idea.

Remi Albert is a Warren, Ohio, native and a graduate of Warren G. Harding High School, studying theater and writing at Ohio University. He works part time at a local hardware store in his hometown and writes in his spare time.