Memories of Onno VanDemmeltraadt from His Youth in Indonesia during WWII 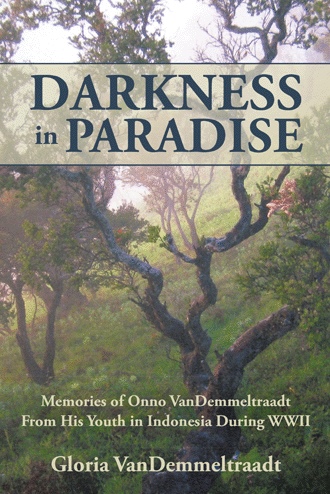 Originally, only the ports or cities in the Dutch East Indies close to the sea were developed and colonized by the Dutch government to carry on its spice trade. Jakarta was one of the first ports on the west side of the island of Java, and Surabaya on the east. Eventually the Dutch saw the need to open the backlands of the islands, and for that they needed to go into the wilderness and build roads. This was a huge move forward in developing the country. According to Wikipedia®, the Dutch East Indies colonial government, from 1810 to 1825, designed and built the De Groote Postweg, or Great Post Road stretching 1,000 kilometers (about 622 miles) from west of Jakarta to East Java near Surabaya on the eastern coast.

This was an enormous undertaking, with the mountains, volcanoes, and jungles all through the island. Surabaya is at sea level and is hot and humid, but farther up in the mountains it is cooler and more bearable, so the road-building might have been a little easier. This is a good area for the plantations, and the road opened up possibilities for plantations which produced sugar, coffee, tobacco, and tea, as well as spice plantations.

The main representative of the Dutch government in Indonesia was called the Governor General, and he was the head of the business or organization which took over after the demise of the VOC.

As Dutch school children we were taught that this colonial government was wonderful and they built the road that opened up the interior of Java, and accomplished all sorts of advances for the country. In reality, these people were brutal. For example, they used local people from the villages to build the road along the way. Here is my understanding of how it came about:

The bosses of the project would go to a village and say to the village mayor, “Assign 15 or 20 men to do the work, and your responsibility is to build the road from this point to that point.” They’d go to the next village and tell them the same thing. Of course, the villagers were not accustomed to building roads; their daily routine was planting rice and making a living for their families. There was probably a little training involved, but soon the diplomats went away and left the workers to build the road.

The diplomats came back in a couple of months to see the people had accomplished only a minor percentage of the work to be done. The bosses listened to the people’s excuses of so and so getting sick, or having too much to do, or whatever. The bosses then told them to find others who were not sick or too busy and have them do the work. In addition they said, “Because you didn’t get the work done, now you have to do an extra half mile.”

When the bosses came back after another three months, the people were only 50 percent done with the original amount of the work. They had more excuses that the children had been sick, there was not enough food, and so on. So the leader of the bosses said to his sergeant, “See that high tree over there? Go get the mayor of the village and hang the man.”

The sergeant did what he was told and there was a public hanging of the mayor. Then the leader turned in his saddle to the man who was second in command of the village. He said to him, “Now you are the mayor of the village. It is your responsibility to complete the work which has been assigned from here to there, plus you have another half mile.”

Not surprisingly, three months later the work was done.

Ultimately, this helped all of the people in opening the country for better use of the land, but at great cost. While the work got done, it was done in a brutal way.

Java is only one of more than 18,000 islands of Indonesia, but it was the first to be colonized and developed. For reasons unknown to me, the Javanese through the ages have been the dominant class among the natives. Eventually, many or most of the other islands were colonized in a similar way. Sumatra, for example, is much larger than Java, and it was colonized later.

All of the native people in Indonesia are extremely superstitious and as such, seem to be easily led. The Javanese were more advanced than other tribes in their culture and legends, and they became the most powerful and influential. However, they, too, seemed to easily succumb to the influence of Europeans.

Companies and businesses like sugar and spice plantations were usually led by Dutch or European men. In the 1700s, the VOC military had been sent to colonize the area, establish law and order, and launch local government. Eventually, these men married or lived with local women and had children.

Onno VanDemmeltraadt was born in the Dutch East Indies and was six years old when the Japanese occupation of World War II began. In Darkness in Paradise, author Gloria VanDemmeltraadt—Onno’s wife—tells her husband’s story from the unique view of a young boy in the midst of darkness in his paradise.

In this memoir, Gloria has captured both the horrors and humor of her husband’s early life in war-ravaged Indonesia. This recollection shares memories of fierce Japanese soldiers bursting into his family’s home, and later having one of them teach him to fish. Visions, such as Onno’s family running down the street with mattresses covering their heads as bullets fly by them, are stark. The stories tell the pains of war, but are filled with hope. Inspiring both tears and laughter throughout, Darkness in Paradise reveals layers of human compassion during the awful times of World War II.

Praise for Darkness in Paradise

“What a wonderful first-person read. Onno has such a magnificent recall of facts I felt like I was there with him during many of his adventures. Told from a child’s point of view, it’s about a country affected by WWII, and the subsequent Japanese occupation of Indonesia. You get a sense of the diverse cultures of Indonesia, both the native inhabitants as well as the mix of people from Holland who immigrated there. The many transitions of place, culture, and age are all brought to life.”

Gloria VanDemmeltraadt is a seasoned author and speaker. She and her husband Onno live in Minnesota. Visit her online at www.gloriavan.com.