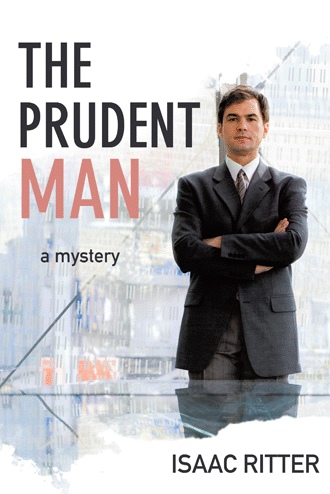 James Knight IV entered the elevator of Union Bank and Trust of Indiana, taking a mental inventory of the things he wanted to accomplish that day. He had learned this exercise from his grandfather as a child, to prepare him for the important matters to be achieved before ending any day worth spending. His grandfather, James Knight II, had warned him to never waste a day--never to cheat himself out of an opportunity to use every minute of time given to him by a greater power to achieve his personal goals.

It wasn’t always about money, his grandfather would tell him. The mental list for a productive day could include almost any worthwhile pursuit. But building the family fortune should always be at the top of the list if possible, with other worthwhile pursuits falling in place behind fortune-building.

Jim was his grandfather’s best effort. The death of Jim’s father in World War II had compelled James Knight II to spend every waking hour shaping his grandson into a legacy for the family and its position within the Indianapolis community.

Jim was moderately good-looking, six feet tall, and in good shape. He feared that someday he would inherit his grandfather’s baldness, but he hoped that he would inherit his maternal grandmother’s genes instead, since her father had passed on several years ago with a full, bushy head of hair. The prognosis for this was doubtful, however, since many considered young Jim to be the spitting image of his grandfather, James II.

The only argument he recalled ever having with his grandfather was over his decision to join the army reserve as a JAG officer, a commitment vehemently opposed by Grandfather Knight, since he had already paid the ultimate price with the loss of Jim’s father in World War II. Jim survived his tour of duty and Desert Storm with a less-than-glorious assignment in Germany at Central Command’s European headquarters, managing legal problems for soldiers rotating in and out of the Middle East. Jim had requested duty in the combat zone, but orders were orders, and reserve JAG officers were not usually placed in combat environments without special needs for their service.

Jim had not been lucky in love. His focus on his career had taken a toll on his social life. He had dated some of his classmates in law school but discovered they too were concentrating on their futures and were not really interested in more than an occasional one-night stand or casual dating for attending bar association functions and community events. This was okay with Jim. He felt that if the right girl came along, he would know it when it happened.

Today, Jim’s list of important things to accomplish was rather simple: Wish all the secretaries a Merry Christmas. Compliment Abby, the boss’s secretary, on what a nice job she had done organizing the office party. Have two drinks--no more--so as to not say anything stupid or irrational in front of the boss. And above all, look around for the other trust officers to say or do stupid things after drinking too much. This, of course, was priority number one--gain intelligence on the enemy to use in the future to outmaneuver them on the field of battle.

James Knight is a third generation trust officer, trying to succeed in the family business. His grandparents, who adhered to strict moral values, raised him, and James hopes to apply their values to his work. Many of his co-workers consider him a boy scout, always trying to do the right thing, but his values are shaken by his new job.

Horrible controversies surround the trust customers and employees of his large metropolitan bank. While working for his alcoholic supervisor, James stumbles upon massive cases of fraud. He takes it upon himself--with the help of a retired private eye--to work with authorities and bring his boss and co-conspirators to justice.

However, good old boy James isn’t quite ready for the dangerous game he’s playing. His life is threatened just as he meets the woman of his dreams. Now, he must shield himself, his reputation, and the woman he loves while dismantling a huge financial institution. To free himself of scandal, he must hold tight to his values, which soon turn out to be the best inheritance his grandparents could have left.

Isaac Ritter has over forty years of experience in the trust industry, administering wealth for a variety of individuals from diverse backgrounds. A graduate of Indiana University School of Law, his knowledge of the personal lives of his customers only reinforced the premise that money can’t buy happiness.