The Secretive Life of the Amazing ‘Living Fossil’ Scorpion 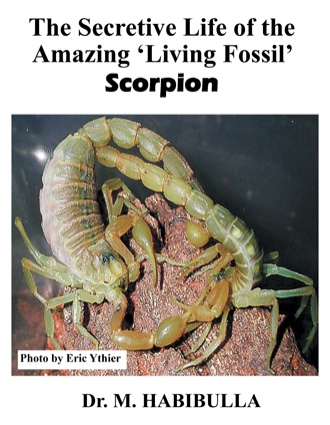 They are usually perceived as threats just waiting to sting and poison anyone they come across—some people even consider them to be evil.

But the reality is that these armored arthropods are fascinating, beautiful invertebrates belonging to the group Arachnida, and the living scorpion of today has not changed much from their ancestors that lived hundreds of millions of years ago during the Silurian period.

The scorpion has been with us for so long—and has had to evolve so little in terms of its structure and function—that it’s now considered a living fossil. It was the first air-breathing, land-dwelling animal to inhabit the planet.

They are truly fascinating: Scorpions are highly resistant to radioactivity, they can reproduce without males, they can give birth to as many as sixty little scorpions at a time, and they are so desperate to survive that they’ll eat other scorpions when food is scarce.

Explore the mysteries of this amazing creature, including its physiology, neurochemistry and natural behavior with The Secretive Life of the Amazing ‘Living Fossil’ Scorpion.

Dr. M. Habibulla has taught and conducted research in the field of life sciences for more than three decades. He was a professor and dean of the School of Life Sciences, Jawaharlal Nehru University, at New Delhi, India. He lives with his wife and their children in Crystal Lake, Illinois.