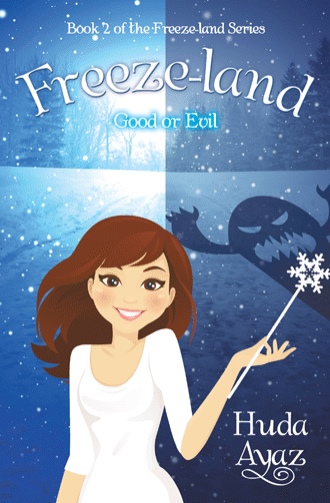 “Mother, I can do this!” the Morulta cried.

He was kneeling at another Morulta’s feet. This one bigger, stronger, vibrating with power.

“That’s what Ninstragger said. Cazyn,” said Sisinarta, the larger Morulta, “How would you be able to kill Freeze-Land and Earth’s happiness?”

Cazyn smiled maliciously. He knew this question was coming and knew his answer.

“Calissa,” Cazyn started, but barely said the next word when Sisinarta kicked him a yard away from her. Her throne room was so dark and big, it still looked like Cazyn and Sisinarta were only an in inch apart.

“How many times must I remind you not to talk about your sister. She is a disgrace to our ancestors and the name that we have kept for so long now.” Cazyn’s Mother had a strong temper and had not been very polite with that kick to Cazyn.

Cazyn groaned as he stood up to continue what he was saying.

“Mom, please—“ Cazyn caught his Mother’s foot rise before it could hit him and quickly side-stepped her move. Sisinarta stared menacingly at Cazyn. “Do not call me that stupid name!” Sisinarta growled.

“Sorry Mother, just please listen to me. This has all to do with—Do not kick me—Calissa,” Cazyn said bitterly. Sisinarta obeyed and kept her foot on the ground though she still flinched when she heard Calissa’s name.

“I have a way to make Calissa come over to evil’s side,” Cazyn said, adding an extra venom to Calissa’s name, making Sisinarta a little happier.

“Calissa’s been stupid to be on happiness’s side. She will realize this once I explain it to her. Mother just give me one chance,” Cazyn looked up from his kneeling position hopefully.

She seemed to have made her decision since she looked up with a hard look. “Fine, go. But, if you fail and she refuses to listen, the results will be death. If you gain victory, you and Calissa may rule Freeze-Land, but Earth, is for me.”

Cazyn stood, happier than he had ever been before. “Thank you, Mother.”

Upon opening the door, all his siblings stumbled to the ground.

“Help me up, Caze!” a brother called.

Cazyn walked past as if he hadn’t seen a thing. If he was going to destroy Freeze-Land, he would have to start acting more evil. At least, more evil than he already was.

“Wait, Cazyn!” Sisinarta cried. Cazyn immediately stopped and walked toward the source of the call.

“Tomorrow, go to Freeze-Land. Come back with Calissa if you are victorious, but fail and you do not have Calissa with you, you know the consequences,” Sisinarta said gravely. She glared at her children. They quickly untangled themselves and hurried off, not wanting punishment from Sisinarta.

“I will Mother. You’ll see,” Cazyn said, annoyed she didn’t trust him.

Sisianarta gave Cazyn one long, last look, as if looking at him for the first time. “You, may leave,” Sisinarta said slowly.

Cazyn got up, taking his chance to leave and prepare for the next day.

Sisinarta glared at him as if to say “Don’t you pick that tone with me!” then said, “Break a leg, through and through.”

Cazyn smiled. “Sure.” he turned, determined it would be the last time and hurried toward his throne room, where all his siblings were, celebrating his achievement.

“Bad luck, Caze!” called Cazyn’s siblings as they watched him drive away on his rain cloud transportation.

As he entered Freeze-land on his raincloud, all the Freezian’s enjoying the beautiful day flew back to their homes in fright.

A Freezian who heard the cry, froze in her tracks. If it wasn’t her imagination, her closest brother, Cazyn, was there, in Freeze-Land. The streets soon were deserted, until only Cazyn and Calissa were the only ones outside.

Calissa, paralyzed, did not turn to face her brother. Cazyn walked toward Calissa and put his hand on her shoulder.

Calissa immediately awoke from her trance and furiously whirled around.

“How could you?” she cried. Cazyn jumped at this greeting. He thought she would hug him and immediately listen to him, but he could tell it would be a little bit harder.

Calissa glared at him, hiding the feeling of hugging him.

“I’ve come to tell you something. You might not accept what I say, but just please, listen,” Cazyn started. Calissa rolled her eyes and turned. Cazyn followed her and turned to look at her, patting her shoulder comfortably. Calissa didn’t refuse. She liked the feeling of having her brother back.

Calissa closed her eyes. She knew this part would come, but still, Calissa did not budge.

“I bet you’re always bullied by others. Come to my side. Get revenge,” Cazyn whispered harshly. Calissa reluctantly opened her eyes. She was getting bullied awfully lot. She looked skeptically at Cazyn as if to give him permission to continue. Cazyn held her shoulders.

“Calissa, happiness really?” Cazyn laughed shaking her shoulders. “You think you can last another day without killing yourself?”

Calissa thought over this. If she said no, everyone one would think her a hero. If she said yes they would be taunted by her.

Calissa smiled sweetly. Cazyn looked at her hopefully, expecting her to say yes.

“No, Cazyn,” Calissa said, her expression leveled to her voice. Cazyn’s smile froze on his face. He shouldn’t have gotten his hopes up. He let go of Calissa and gave a long, sad look.

“I hope you come to my funeral when Sisinarta kills me,” Cazyn muttered, walking over to his ride home. He wanted to stay and hide, but his mother would always find him.

Calissa stared in horror after hearing Cazyn’s good bye. Sisinarta was going to kill Cazyn, her beloved brother, because of herself. Calissa wanted to stop him, but had made her final decision already.

“Look, Caze is back!” Cazyn’s siblings cried. Sisinarta immediately got up to look out the window, shoving her children away.

Sisinarta smiled. “Cazyn’s alone. It’s a good thing I got my wand polished today,” she cackled. Some siblings seemed happy. They had a chance to destroy Freeze-Land. The rest weeped, scared of their dear brother’s life.

Cazyn jumped off his ride. He didn’t make eye contact with his mother. “You won. Calissa….refused.”

Sisinarta cackled. “Get to the funeral room.”

Cazyn obeyed. The siblings sat on the floor, watching intently.

Cazyn sat on the death chair, Sisinarta cowering over him…… 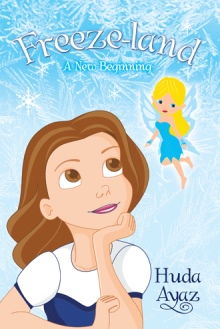 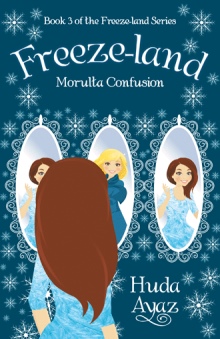 Fifth-grader Samantha Ringle thought once she had saved Freeze-land, her quest was over—no more secret planet of snow and no more crazy people trying to rule over it. But in the winter after her first adventure, Samantha’s life takes an unexpected twist, and once again Freeze-land needs her.

As Samantha sets out to save the day once more, she believes it will be easier this time around. She has the help of children who went to Freeze-land before her, and she knows all she needed to defeat the evil dictator Ninstragger was a made-up spell (along with lots of persistence). But now she must face two of Ninstragger’s siblings, both stronger than him and much stronger than Samantha can ever be. Rescuing Freeze-land from these two is going to be much harder than she thought—especially when it comes down to a question of choosing good or evil.

In this sequel to Freeze-Land: A New Beginning, a young girl must once again travel to a magical wintery land in order to save its people from a new evil.

Huda Ayaz lives in Brooklyn, New York, with her parents. She wrote her first book in the fourth grade. Her favorite subject is English, and she loves reading and writing. Her family, friends and the books she read encouraged her to write Freeze-Land: A New Beginning and its sequel, Freeze-Land: Good or Evil.