My Side of The Story 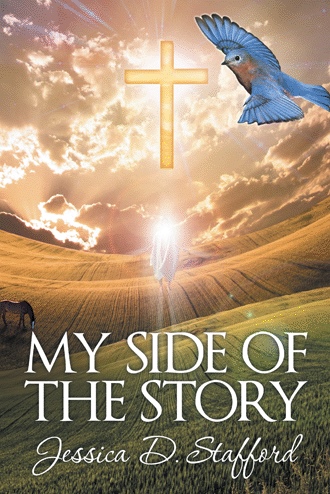 The day of my surgery, the hospital saw more visitors than they had ever seen for just one individual. I think maybe we even broke a world record, although we didn’t actually count the number of people. Church and family members, along with friends, gathered from all over to pray and wait for the surgery to end. I recall that I had to get up very early that morning, and I couldn’t eat or drink, though I didn’t understand why. We got to the hospital, and after they registered me, I was taken to a room.

Not long afterward, Dr. H came into the room and spoke to us. We were told the surgery could take up to twelve hours, and because he didn’t want to feel rushed or get tired, he had scheduled only my surgery for that day. Before he left the room, he prayed with us and asked that God would be with him and guide his hands as he did his best to get the tumor out without doing any damage. Mom and Dad thanked him graciously, and he left.

When the doctor left the room, the nurse came in and made me take some yucky medicine. It tasted really gross, even though she said it was cherry flavored. Soon after that I was put on a bed, and Mom and Dad were given a chance to say their good-byes before I was rolled down to surgery. As they did, I noticed tears in my mother’s eyes once more. I hugged her and assured her she didn’t need to worry, because God would take care of me. Then I hugged Dad and gave him one of those big smiles we’ve always shared.

I don’t remember much after that. Only that they rolled me into an elevator and then down some long hallways. Finally, they rolled my bed through some big double doors. The nurse put some medicine into my IV, and I began to get very tired. A guy in a funny hat told me to count to one hundred, but I don’t think I got past ten before my eyes couldn’t stay open any longer, and I fell asleep.

The surgery could have taken up to twelve hours. The tumor was in the fourth ventricle of my brain and in the dead center of my cerebellum. The headaches were caused by the blood flow being blocked by the tumor. I was very fortunate to have only had the headaches as symptoms; it could have been much worse. The surgery was very dangerous, but the tumor couldn’t stay where it was.

As I said, God was with me, watching over me, taking care of me, and guiding the hands of a wonderful surgeon. After twelve excruciatingly long hours, the surgery was over, and I was in the ICU recovery room. I don’t remember my first words after waking up, but I’m told I asked for my parents. This was a miracle. It had been a huge possibility that I might never talk again, and yet with God watching over me, I was doing just that.

The doctors said that I would spend about one to two weeks in the ICU, but I was out in just two days. It was estimated that I would spend at least three to four weeks in the hospital, but with God’s healing powers, I was out in just one. I had stitches in the back of my head, but I would make a full recovery from the surgery. And as if God was saying, “Here’s another miracle,” I was not only able to talk, but also able to walk. I suppose most everyone had anticipated this being the end of it all—I know I had. Little did we know our journey had only begun.

In 2002, seven-year-old Jessica Stafford was a typical second-grader—a girl with long, beautiful, brown hair, big, blue eyes, and lots of friends. She was just finishing the school year and was looking forward to a fun-filled summer. But for a few weeks, she had been experiencing severe headaches, and doctors discovered a tumor the size of a walnut at the base of her skull. She was diagnosed with medulloblastoma, a rare, malignant tumor that occurs in the cerebellum, the part of the brain that controls coordination, memory, and equilibrium. Thus began Jessica’s journey through a cancer diagnosis.

In My Side of the Story, Jessica shares the narrative of how she and her family endured the battle with cancer, from the diagnosis to dangerous surgery to radiation and chemotherapy treatments. With diary entries included, Jessica reveals what it was like to be a young cancer victim. She also tells how she was the recipient of a wish from the national Make-A-Wish organization to Disney and how she was able to meet George Jones, her favorite country singer.

Now twenty years old, Jessica describes her hard-fought battle with cancer. She is evidence that miracles do happen, that God does exist, and he does answer prayers.

Jessica Stafford is a student at a local community college where she is earning a degree in history. She is twenty years old and lives in Spring Hill, Tennessee, with her family. She enjoys reading, writing, and spending time with her dog Harley.