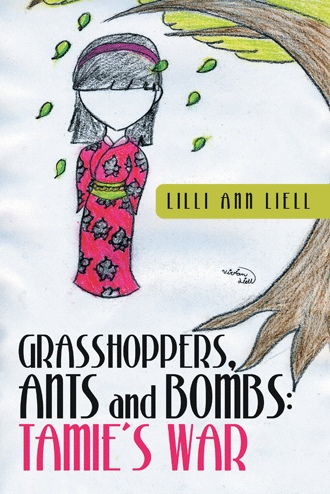 Ping! Ping! Ping! Bullets were hitting the ground all around Tamie. They couldn’t be shooting at her! She was just a little girl! But the American fighter planes were shooting at her. Will Tamie survive World War II? Will her family and friends survive?

These are just some of the terrible questions Tamie pondered growing up in Japan during the war. They are questions no child should need to worry about.

Tamie Hoshiko is just six years old when her father, Shizuwo, dies in Kumamoto City, Japan, in 1938. As her father takes his last breath, he instructs Tamie, the oldest child, to always take care of her twenty-four-year-old mother, Tome who is left to raise four children.

Tragedy strikes again in December of 1941 when Tamie is nine years old. War has once again come to Japan. She and her family experience severe food shortages, air raids, bombings, and even being shot at from fighter airplanes. She loses neighbors and friends to this war. It is a very hard life for such a young girl to endure.

In Grasshoppers, Ants and Bombs: Tamie’s War, author Lilli Ann Liell shares Tamie’s story. Based on the real-life experiences of Lilli’s mother, this historical fiction book for children shows how World War II affected Tamie’s life during that time and long after.

Lilli Ann Liell was born in Fukuoka, Japan, to a Japanese mother and American father. She earned an Anthropology degree and spent the second half of her retail managerial career at the Smithsonian Institution; then American Girl Place. Lilli lives in Brooklyn, New York, with her husband Bill.