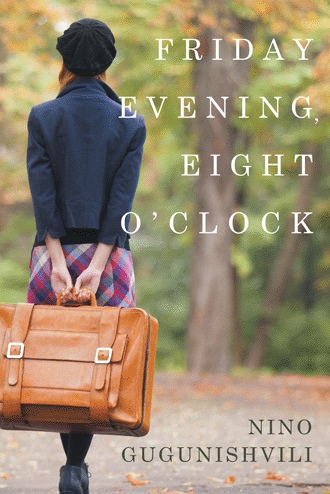 It was another eight o’clock in the evening of another ordinary day in Tasha’s life. At least it seemed to be. She was already approaching her block when the phone in her pocket suddenly rang. I’m not going to pick it up, she thought. I hate when somebody calls when I’m walking Griffin. It was difficult to unlock the phone keypad with gloves. She tried several times and finally managed to do it.
“Hello,” she said loudly, pressing the phone to her cheek with one hand and trying to hold the leash with another. She always spoke loudly on the phone, a weird habit according to her closest friend’s French husband. He wasn’t particularly fond of loudly speaking agitated ladies.
“Hello, is this Tasha?” The voice was unfamiliar and a little husky.
Tasha stood silent for a second, trying to pull the glove off her hand. She pressed the phone harder to her ear. That instant she thought that her piano teacher was terribly wrong. Her hearing ability was not exceptional at all. She could not recognize the caller.
“Yes, it’s me,” Tasha answered finally, her heart bumping. She tried in vain to avoid the water puddle right in front of her. Her feet were instantly wet.
“That’s great, Tasha! What’s your local time now? Evening I suppose, right?”
“Yes, absolutely. It’s nearly eight.”
She could add that it was starting to rain and she wasn’t expecting anything particularly interesting to happen, but she kept silent. That unnecessary exchange of information felt unnerving a little, but she waited.
“Tasha, my name is Liz Foster and I’m calling concerning your participation in our project for young writers. As far as I understand, you’re the author of the piece “A True Tale from an Unromantic Goddess,” aren’t you? It’s for Stones magazine, remember?”
At that very moment, Tasha’s dog decided that she must bump her head onto something sharp, and, in another instant, after a terrible pain, the only word in English Tasha remembered was an affirmative “Yes.” She was unable to construct a simple sentence in a foreign language.
“Yes!” she said. “Yes!” (Second time, it was much better and sounded more confident).
“Great. We’d like you to become our contributor, a regular one. As you know, it’s a monthly magazine…Hello, Tasha? You’re still there?”
Tasha’s mind went blank. She didn’t want to believe that 8:30 that evening was the right time for all this to happen. She stood mesmerized. Griffin himself was joyously chewing something smelly and probably disgusting.
We’ll be at the vet all week long, she thought before remembering the telephone conversation.
“Yes, sure, I’m still here, Liz. Oh, sorry, thank you! You’d like me to write regularly for the magazine? You’re proposing me to become your author?” Good girl, finally your mind is realizing what’s going on, she said to herself.
“Exactly, Tasha.” Liz wasn't at all happy with the idea of a new columnist. She would have done it differently if not for Balthazar’s enthusiasm. She would have rewarded the contributor of the best piece and that would be it. Being a columnist was a bit too much for this unconfident girl on the phone. The written assignment was fine. She liked it a lot and was even a little jealous. Her inner sense told her something good would come out of it, but Liz never liked people who were lucky enough to have it all. She didn’t believe in pure luck. She knew that one had to work very hard to accomplish something. Tasha, with her slow answers to simple, direct questions and long pauses during their conversation annoyed her. She’s been offered a job, a dream job, and she was hesitant…come on! Did she have no idea how lucky she was? On the other hand, Tasha was, of course, confused by Liz’s sudden call. Her writing was much better than her verbal skills. At least, it seemed to be. Well, I have no one to blame except myself, Liz thought and decided to double check her new colleague. One good piece doesn’t mean anything yet. Liz had to verify that Tasha really was the author and not a fraud. One piece didn’t necessarily mean that she’d become a columnist for Stones. It was a great honor and she had to deserve it after all.
“Listen, Tasha, let’s do the following: I’ll send you an email right away and you just reply to it, okay? Let me send you some themes for future essays, and then we’ll talk about the rest.” “The rest” meant a visa and a work permit, but all of it seemed to be happening in a very distant future. “Is your email still the same? Have you changed it lately?”
“No, I mean yes, it’s the same.”
“Great, Tasha. I’m sending it to you now. Another one will follow tomorrow. It was very nice speaking to you. Enjoy the rest of your day. Good bye.”
“It was a pleasure for me, too,” shouted Tasha in response. “You, too, have a nice day!”
The conversation on the phone was over, and Tasha’s world had been turned upside down.

Tasha is a dreamer in search of a new dream.

She’s bored with Pilates. She’s never tried yoga. She doesn’t even have a driver’s license. She lives a pretty ordinary life as a freelance writer who battles the occasional flow of melancholy with the regular flow of martinis. Nestled into her couch, her television remote in one hand and a cold adult beverage in the other, she’s found a favorite way to pass the hours on a Friday evening. It’s comfortable and familiar, but it’s not exactly an exciting way to live. With two of her closest friends, a bossy mother, an eighty-two-year-old grandmother, and Griffin, her fat yellow Labrador at her side, she knows that there has to be something better out there.

When she gets an unexpected offer to relocate to France to write a magazine column, she thinks her circumstances are improving. But life in a new country isn’t all pêches et la crème. Now far away from her comfort zone, Tasha must find the inner strength to start a new career and navigate the bizarre and unknown world of professional jealousy, intrigue, and conflicting personalities in a very foreign land.

It’s enough to make a girl yearn for those quiet nights on the couch.

Nino Gugunishvili holds an MA in arts and has worked in the film and television industries. Friday Evening, Eight O’clock is her first published work of fiction. She lives in Tbilisi, Georgia