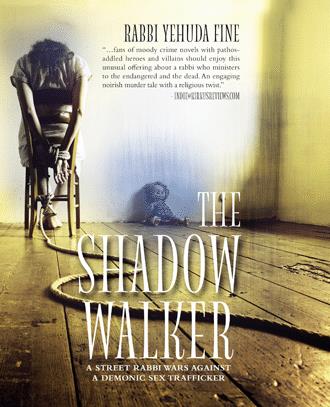 No one, fortunately, was following them. They got to the morgue and pathology back office. The room was sparse to say the least and not the least bit comfortable for an old conference room. The walls were painted in sick hospital green. The table, while big enough to sit ten, was cheap fiberboard with a rubber bumper that went all the way around the table. In a couple of places, the bumper was starting to come loose, and you could see why; the fiberboard was crumbling. The chairs at least were not hard plastic. They were bottom-of-the-barrel conference chairs with hard arms and some foam covered in hard, brown plastic material.

Overhead of course beamed the fluorescent light so bright it felt like rays were penetrating your skull. The floor was traditional, in need of new floor hospital linoleum. At least, Eitan thought, there are no blood or gut stains on the floor, just old rubber marks from the table legs and shoes scuffing over the years. He figured that Oren and Rivka thought this was high end considering the dearth of luxury in Israel. For them it must have been a relief that no one had smoked or could chain smoke in the room and fog the place up with carcinogens.

They had grabbed seats around the table. David was already there. He sat right in middle of the long, rectangular table. He had on a loose-fitting, button-down Oxford dress shirt. It hung down to the pocket of his pleated, linen dress slacks. In a word, he was carrying a nice assortment of blades. His hair was cut almost marine-style short with an added panache of Old Spice cologne and small, framed, wire-rimmed sunglasses. Hell, David was the master of disguise.

Ten minutes later, in came Oren looking very street American. He even wore a cool metal necklace and very loose-fitting jeans. He grabbed the far-right end chair and put his feet up and settled in for the duration.

A minute later, Rivka strolled into the room. She was dressed like a gutter punk. Sported up her arms right under her loose T-shirt, giving homage to the legendary all-girl heavy metal band Kitiie, a couple of small fake tattoos. Or were they fake? Because both Oren and Rivka had strange symbol tattoo on the back of their necks. Eitan meant to ask about it, but he assumed it was secret Israeli Sayaret marking that only insiders got, earned, or could say what it meant. She had on some very tight knock-off hip-hop jeans that fit her snug and snaky. She also wore her hair in a bunch of braids. Very cool. Almost cornrows. With her knock-off Ray-Bans that she must have purchased near the New York Public Library, her vibe said do not mess with me.

Pure gutter punk, which meant to anyone who knew the street stay away. Gutter punks did not thrive out here as much as in LA, but they had their niche and crew. They robbed Johns often by getting them to park the car around the corner, pull down their pants—and then bang, they would reach over, whack them hard, and steal their wallet. There was an ethos in that though. They would jump the car door and make sure as they ran they immediately tossed the wallet back with all IDs, minus the cash. Hugs went all around. Everyone had to look at Sarah’s stun gun. Rivka loved it. She told Sarah she just had to get herself one soon. Maybe before they left.

Now they had morphed from preening to a blood-bonded crew. Each willing to die for the other. They all had been blooded by battles one way or the other. They had even survived the dreaming nightmares and dark memories. She sat straight across from David. Eitan and Sarah sat right next to David. Things were ready to move forward.

Their way was the way of the spiritual warrior. With laser light focus, they understood that the fight was about rescuing the helpless. What drove them was something unique. For all of them, the gears switched, and they now breathed as one. Whatever the warrior was inside each of them, what drove them all was that they were willing to die for the helpless as well as each other. This was not something they dreamt up. They were all raised on the notion that to be a true luminous human being, you lived by what is called at the core of Judaism’s Kiddush Hashem. It meant that if the time was right, each of them was hardwired to sacrifice their lives for something more important and bigger than they were. In plain, simple terms, it meant each or any of them would stand in harm’s way for each other.

It was, in fact, one might say the secret of Jewish survival. Living by an ethos that demanded that if called upon, you die into life for another to bring forth more life. They all knew the ancient teaching from the mystical text called The Zohar or Book of Illuminations. The Zohar is the mystical commentary that opens the deeper spiritual teachings of the Torah. In simple, straightforward language, it taught in one place that the oldest person in the world is not the oldest person. The true elder is in fact the youngest child. The sages used different math. It worked this way. If you have in the world a man or woman who is ninety-nine years old. Right next to them is a baby one day old. The day-old child born was considered the elder running ninety-nine years old plus a day. Your attitude toward life was simple. Everyone was important. Important enough that you give your life for them to live.

Anyone could hoist a weapon and kill. The bigger person is the one who does not strike out and kill unless pushed with their back to the wall. With Kiddush Hashem locked in your soul, everyone was bound together through a secret mystical union that cherished life. Reb Nachman of Breslov once said, “Somewhere there lives a man who asks a question to which there is no answer; a generation later, in another place, there lives a man who asks another question to which there is no answer either—and yet ironically he doesn’t know, he cannot know, that his question is actually the answer to the first question. In a word, nothing was hopeless even when facing incredible odds. The only thing that was forbidden was to despair.”

“… a stout entry in an underserved subgenre, …. Fine’s prose is vivid, …. And even longtime crime readers should be aware that the content is … graphic, from blunt discussions of child abuse…. Still, memorable set pieces like an airport shootout and the final fight between Eitan and Solomon stand out.  Moreover, Fine’s spiritual patina and good intentions lend this dark story: a silver lining readers will appreciate.”
– Blue Ink

“Yehuda Fine has been a mentor/friend for almost twenty years. The Shadow Walker is a gripping harrowing piece of fiction. It is an artful portrayal of Yehuda’s work and a rare entrée into a world that is little known and seldom spoken for.”

The Shadow Walker: a spiritually charged thriller that illuminates how Eitan, a Chassidic Rabbi, battles a global sex trafficker across the Big Apple to the outskirts of the Magic Kingdom.

As this sex trafficker arrives in Manhattan.  Reb Eitan heads out to stop him. NYPD finds dismembered girls scattered around the city.  The Chief Medical Examiner is taken aback at the unsub’s capacity for such hellacious crimes. They tag him The Dark Man. He slaughters in the deep vale of darkness.

His father a former Green Beret beat him and his mother mercilessly. After Vietnam, they moved to the Golden Triangle dealing heroin. The boy escapes the horrific abuse into the jungles. There he encounters a sinister master of the dark martial arts. Eitan discovers that each victim is marked with an ancient yet antinomian hexagram reading of the Confucian I Ching.
From these death marks, Rabbi Eitan speculates the killer believes he is a soul taker -- someone who inhales the life force of victims as they take their final breath

Meanwhile, in a neighborhood in Orlando, Florida, Jennifer, the mother of identical twin daughters, is shattered when her girls are kidnapped. Eitan and his crew sprint to rescue them. They, at last, collide into the grim Dark Man.

“Yehuda Fine grabs you by the throat and never let’s go because he lived the story he tells with such dark clarity. Combine his experience rescuing lost teenagers in Gotham’s netherworld with a rabbinical scholar’s knowledge of Judaism’s deepest mysteries, and you get a must-read blockbuster like The Shadow Walker.”

– Chris Mercogliano
Teaching the Restless and In Defense of Childhood

Rabbi Yehuda Fine is a noted lecturer, accredited teacher and family therapist, and author of two other books. Widely regarded as a family and teen expert, Rabbi Fine regularly conducts seminars, guests on radio and television shows, and contributes to magazines and newspapers. He resides in the Pacific Northwest where he is working on the sequel to The Shadow Walker.