My Journey with My Aging Mother 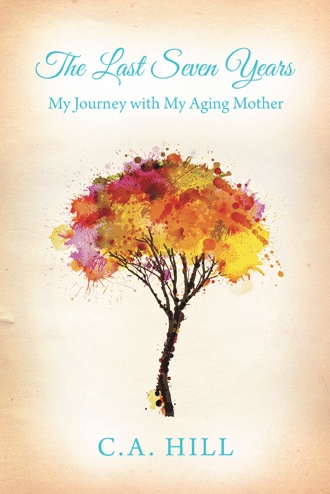 During one of my visits with my mother, I observed the ritual in which she began to open her mail. To you and I, opening the mail is as inconsequential as washing our hands! We weed through the junk mail, keep the bills and within seconds, it's done.

In my mother's case on that particular day, I remember thinking that it looked like quite a bit of mail for one day and for one dear little old lady! I could see in Mom's smiling eyes that she was as excited as a kid would be to get a new toy. I don't ever remember her carrying on in this fashion over the daily mail but I continued to watch how she carefully stacked envelopes in certain piles on the kitchen table. There were an unusual amount of larger brown envelopes that she meticulously placed to the side, and then once everything was sorted to her liking, the opening began. With her pink plastic letter opener, she sliced through one envelope after another, looking over the contents.

Then came the next hurdle of what she was going to keep and what she was going to toss away. Mind you, there wasn't much she ever tossed away. Nonetheless, when she did let go of an envelope, it was then ripped in half and placed in a plastic bag she had earlier set on the floor next to her chair. When the sorting was finished she'd tie up the bag of discarded mail and carry it to the trash bins. My first reaction to this "mail ritual" was to just roll my eyes and dismiss it as an inherited task in which elderly people begin to expound on to occupy the passing time.

I mentioned the mail ritual incident to my brother on our next phone call. He was taken aback as I told him about it and couldn't believe that she would go to such lengths just to open mail. We both seemed to have the same reaction about it but sloughed it off and moved to another topic. Little did we know that in essence, we were both in denial. Neither of us (as we later discovered in further discussions) wanted to recognize that our mother's mail ritual was not normal. In reality, it was a sign that our mother's rational behavior was changing. It really was the inevitable "beginning of the end"... the end of our mother as we knew her.

Phone calls to Mom began to change. I'd start off as usual with an exuberant "Hi Mom, how are you?" and without missing a beat, she'd start rambling about what came in the mail that day or even worse, she'd say that she couldn't talk long because she had to run down to the mail box because she was expecting important mail.

She would talk incessantly about how she was going to win a car. I'd ask her how that could be possible and she would reply adamantly; "because they sent the key!" I paused with brows furrowed as if I just tasted a tart lemon. I couldn't believe what I was hearing.

I'm an individual who has always been skeptical of the legitimacy to Sweepstakes contests in the first place. I couldn't believe that my mother, who never fell for those kinds of contests before either, was now being allured by the cunning marketing techniques that the Sweepstakes vipers used to suck in their victims. My first inclination was to slough it off [again], as purely a preoccupation my mother found to pass the time, but yet my practical side was telling me that these behavioral changes were a deeper problem.

In a subsequent visit, I arrived at my mother's home and my gaze went right to the piles of mail now growing and spreading over the entire kitchen table. The stacks of envelopes on the table were not piled as neatly as before; the envelopes were askew and because some piles were off kilter, I noticed a few envelopes had spilled to the floor.

Mom had made sandwiches for our lunch that day. For a split second I wondered if we'd eat our lunch in the living room, on her TV trays that she still owned from decades ago. Three of the four TV trays stood in the corner of the living room. There was one open tray in front of her favorite easy chair lined with a plastic placemat on top, apparently for those occasions when she ate while watching television. I was fascinated with those flimsy art deco beauties and couldn’t help wondering if she was the only one who still used them in our modern times.

Because the dining table was covered with mail, there clearly was no room for dining. Much to my surprise, I watched my mother scoop up stacks of mail and place envelopes every which way on a kitchen counter, now creating a new area of disarray. Without batting an eye and with the back of her arm, Mom swished a few papers aside and made way for two plates she put down on the table. I was dumbfounded by the whole maneuver.

I wasn't as tolerant at my next visit with my mother. I was so overwhelmed with what I saw when I walked in, that I couldn't contain myself. With mouth agape I asked her, "Mom what in the world are all these boxes doing here?" With pride and pleasure in her voice, she walked over to one of the boxes, pulled open the flaps to show me the contents. She held up a set of plastic kitchen utensils sealed in cellophane; in her other hand she held up a plastic cheese slicer, a bright yellow "memo clipboard" made of plastic and continued to display what looked like inexpensive plastic items you might find today at those stores that sell similar things under one dollar, but she beamed as she told me she had won these items!

With boundless energy and bubbly personality, author C.A. Hill’s mother stayed active with her friends and activities. It was a joy to see her live each day to the fullest with such a positive attitude. But the time came when her mother--always full of zest--began to change. Hill could no longer deny or ignore the signs. It was evident her mother wasn’t thinking rationally and could no longer make the right decisions for herself.

In The Last Seven Years, Hill chronicles her firsthand experiences as she took the role of caregiver and responsible party and witnessed her mother’s transition from an independent, effervescent woman to an empty shell of her former self. Spanning the last seven years of her mother’s decline, this memoir offers an accurate account of the stages encountered through the aging process. Though it reads somewhat like a novel, this story presents a true documentation of how physical and mental behaviors changed the course of Hill’s mother’s life.

The Last Seven Years points out how menacing the physical changes and behaviors can be for an aging parent. This narrative provides a unique perspective on how to get through the rough times and still keep your parent happy, healthy, comfortable, and safe.

C.A. Hill worked in the corporate world and used her writing skills in the production of a company newsletter. As a freelance copywriter, she contributed to ads and taglines on print publications. Hill was also a member of online writing communities where writers are given a platform to compose, comment, and rate other members’ articles.