Forgive Me My Trespasses 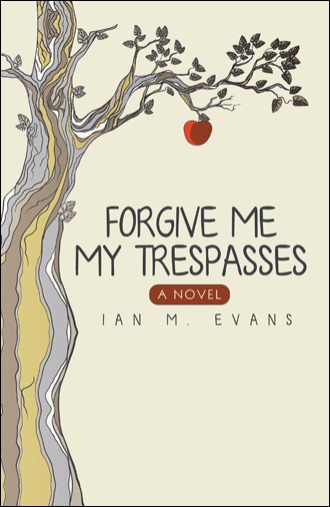 I decided not to head up to Jerry’s office right away, despite the urgent tone in Marci’s voice. What could possibly be so urgent? Anyway, it is not a good idea to seem to be at the beck and call of departmental chairpersons and it is especially important not to create the impression that one is sitting around all morning with nothing better to do than obey imperious summons from on high. After all, I’d actually been at work since just before 8.00 am and I knew for a fact Jerry himself wasn’t in by then because we had helped ourselves to some of his milk. So I headed instead for my office, but when I reached my door, Cheryl, to my surprise, was standing outside, shifting nervously from foot to foot. She seemed a little flushed. “Hi Cheryl, whas’up?” I said breezily. “I need to talk to you. Can I come in?” “Sure,” I responded, “but I’ve only got a few minutes—if this will take some time you could pop back in the afternoon…” “No, no, I need to talk to you right now,” she stammered. I ushered her in, cleared some reprints off two chairs, and closed the door.
“I’ve done a terrible thing, Dr. Gordon. I’m so sorry.” She looked stricken. “It is really unprofessional. I’m mortified. You’re going to hate me.” I stared at her. Cheryl Carlisle was normally very composed and very confident. She was extremely attractive and knew it. She was always very well groomed and wore tailored skirts—she was the only female member of that class who didn’t have to be told not to wear scuzzy old jeans when they were out on placement. Cheryl was one of those young American patrician women who wore her dark glasses perched on top of her head and her blonde hair was sometimes held back in a ponytail with an elegant damask silk hairband.
The other students in her year, those in the 609 class, didn’t quite know how to interact with her—she wasn’t really snobby or anything but she seemed supremely unaware that other people had to struggle financially. She had come to me in the second semester of their first year and complained that Tonya was being given extra coaching in statistics whereas she was having to struggle through the stats class on her own, and she hated math. I wasn’t happy with her complaint and told her in no uncertain terms that I was not willing to discuss any other student’s situation with her and if she needed help with stats she should just ask for it.
I then told her, breaking my own rule but for a good reason, that actually Tonya was learning about multi-level modelling for her dissertation idea and given her strengths in statistics was getting some close mentoring from Dr. Monroe, our stats whizz. My final barrage was direct and sharp. “You know Cheryl, I’m very disappointed that you would make an assumption about a minority student. Even if she weren’t an ace at stats and was in fact struggling, what would be wrong with giving her a bit of extra help? You’ve gone to top schools and had every social advantage possible. I don’t want to hear any more crap from you about affirmative action, or special favors, or perceived injustices unless you are looking out for someone else, not number one.”
At the time I was pleased with how I’d handled it and I felt in particular that Cheryl must have learned an important lesson. I really had not had that much more to do with her: she wasn’t in my supervision group, she had been in no other classes of mine, and I wasn’t on her dissertation committee (doubtless because Harriet recommended against it). And now here she was, flushed and tearful in my office, about to confess to some heinous crime. “I’m sure I won’t hate you. If you’ve made a mistake with a client, you’d better tell me all about it so we can problem solve.”
“Oh, it is not that. I wish it were. Well, not really, I never want to make a mistake with a client. No. I’ve done something awful to you.”
“I’m here and I’m still in one piece, so you had better spit it out.”
“After class yesterday I was pretty confused. I was a big fan of Ted Kennedy and you kept making suggestive comments. I wasn’t really sure what you were getting at and the discussion seemed very like political rather than professional, you know. I wanted to talk to the others but there was no-one around—Albert needed to meet with his research advisor, and Juanita was trying to buttonhole you, or maybe she had to get her kids, but because she’s a bit older she is someone you can talk to about, well, you know, like personal stuff. But as I was leaving the building I bumped into Harriet. She seemed in a relaxed mood and asked if I wanted to go to lunch with her—just to one of the diners on Riverbank Parkway. ‘Sure,’ I said, ‘thanks, that’d be nice. I’ve just had an intense class with Dr. Gordon.’
“So she drove me to the Red Rooster, and ordered two glasses of wine while we looked at the menu. It took a while to get the food, so she ordered two more. I’m not blaming it on the alcohol, but I was tired, and maybe the wine loosened me up a bit, you know. Anyway, she like started to ask all sorts of questions about the class, and why it was intense. I found myself telling her all about our discussions, some of the things we said about Castillo and about Kamil Tinawi and his three accusers, and she very cleverly got me to ramble on and on. She kept asking whether I felt threatened…”
“Did you?” I interjected.
“No, not really, but I like felt uncomfortable.”

Finalist in the 2017 Beverly Hills Book Awards In this novel, Ian Evans explores the problem of sexual harassment by those in positions of power. While the story is humorous, the issues of sexual misconduct are considered seriously. Dave Gordon, a professor of clinical psychology, has become interested in the emotional consequences of notorious political sex scandals. A former client he once treated for feelings of shame and humiliation has given him innovative ideas. This semester he’s teaching a class in psychotherapy, using important principles of compassion and forgiveness. As each graduate student’s personal concerns and needs come to the surface, however, complaints of his own inappropriate conduct are levelled against him. Professor Gordon’s first response is one of anger. But over three stressful weeks he comes to realize his old attitudes are in need of re-examination. Where has he been going wrong? Have his efforts to promote gender equality been misjudged? What can he now do to decrease sexually prejudicial attitudes and harassment on campus?

Ian Evans was born in England and grew up in South Africa. He completed a doctorate at the Institute of Psychiatry (King’s College, London) and has been a professor of clinical psychology at universities in Hawai‘i, upstate New York, and New Zealand. Forgive Me My Trespasses is his first novel, set in a fictional public university in New York State. In his second novel, The Eye of Kuruman (Pegasus/Vanguard Press, 2017), a young public health nurse travels to Botswana and South Africa, where she finds both romance and challenge. In Menace (Austin Macauley, 2017), a thriller, Ian draws again on the university setting and threats to student safety. On retirement from academia, Ian and his wife returned to Honolulu, Oahu, a place where the children and grandchildren love to visit.