Music by the Hearth 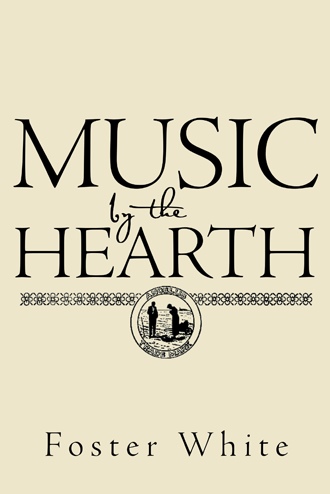 The story behind the development of a device known as the Player Piano that ultimately evolved into the Reproducing Piano has always been intriguing to the author. My interest is significantly enhanced by the fact it directly involves my ancestors. Unfortunately I never had the privilege of knowing my Grandfather Frank Cornwell White as he died in 1938 when I was just two years of age. I did have the advantage, at a very young age of listening to family history as it was related to me in family recollections and conversations and old home movies. I hasten to acknowledge that the accuracy some of the facts related in these conversations cannot be substantiated, but are included in the story I relate in this book.

The family behind this saga had its origins in County Shropshire England less than half a century after the conclusion of the “war of the Roses” and the establishment of the House of Tudor. This period in time was the twilight of the Rule of Henry VIII and prior to the reign of Edward VI. During this period there was constant conflict between the Catholic Church (Rome) and the Protestant Church in England.

<>The family migrated to the “New World” in 1635 and settled in what became known as New England. During the time of the American Revolution the family resided in Bolton Connecticut and family members were actively involved in the fighting and supporting the cause if Independence. Just prior to the Civil war the family migrated to Philadelphia and became active in the production of musical instruments.

After the conclusion of the Civil War the family members moved to Brattleboro Vermont and were employed by the Esty Organs Company in the design, tuning and production of Organ reeds. In 1877 the family moved to Meriden Connecticut and formed the Wilcox and White Organ Company, that later changed its name to The Wilcox and White Company.

Almost from the beginning of their existence, family units would gather by the warmth of the hearth and enjoy some form of music. Throughout human history, music in many forms played a significant role in social development.

In this study, author Foster White presents his assessment of this important aspect of music history through the lens of his own family’s story of musical development and ingenuity. Exploring music as it related to family life and home entertainment in the time prior to radio, television, and the Internet, White shares a saga beginning in Caernarfon Wales in the mid-1500s and ending rather tragically by the Atlantic Ocean on the Massachusetts coast in September 1938. Along the way, he recounts the intriguing history of the development of the player piano and the Artrio Angelus Reproducing Piano. The story of the Strong/White family and the Wilcox and White Organ Company is one of creativity, dedication, musical skills and the ability to adapt to change and survive the difficult situations presented in life.

Full of intriguing historical detail, Music by the Hearth offers a consideration of one family’s contribution to music over the course of more than three centuries.

Foster White was born in New York City and currently resides in Connecticut. He earned his BS degree in marketing from the University of Hartford in 1959. He has been a community actor and singer, performing in many area musical and dramatic productions. A widower, he has two sons and two grandchildren.