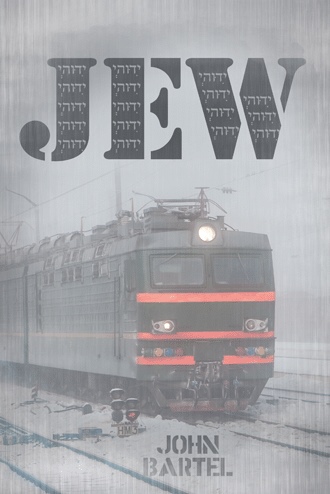 The following is, essentially, a true story of one family’s history. Names have not been changed both in the interest of accuracy and in honor of those living and dead.
However, poetic license was employed on occasion for a variety of reasons. The primary objective was to protect those still living. An overzealous use of honesty, though it may shed light on certain aspects of an individual’s personality, can also be hurtful. In addition, the author was not always present when certain events took place, although he appears to be.
A variety of sources were utilized in order to compile this narrative. Transcriptions from living family members were an invaluable source of information on incidents and as living photography plates of personality traits. In addition, actual documents, intermingled with photographs, were utilized so as to put flesh back on those who have passed on as well as to authenticate our narrative.
To recreate Jewish life in times gone by, many diverse sources of information had to be utilized. It is fitting that our story starts with the oldest historical text we have, The Torah. The first five books of the Old Testament, or The Five Books of Moses, make up The Torah. Biblical historians generally agree that The Torah was written over 3,000 years ago. In those days, texts were created on either papyrus or parchment scrolls. I am sure that my forefathers, wandering on the desert with Moses, would have as hard a time understanding my use of the internet to access family records as they did Moses striking a rock and getting water from it. My point is that the sources of information ranged from parchment scrolls to electronics. I utilized a history of the Bartels to paint a picture of medieval life in Europe. Rabbi Joseph Teleshkin’s Jewish Wisdom provided me with snippets of Yiddish conversation as well as Jewish mannerisms that were essential in creating personalities for those long departed. Various books on Jewish history have helped me in painting East European settings used in our story.
Since this is a story of my family, emotions come welling up inside me that must continually be squelched so as to create an evocative narration whose written words are not smeared with tears. It is far easier to write dispassionately about some characters that you just created out of thin air but never really knew, except in your mind’s eye. But having known and loved the people I am writing about, I feel obligated to immortalize their lives and to depict them as close to the way they actually were as it is within my power to do.
Now, a problem presents itself to the author as regards those still alive. After all, if I depict the dead inaccurately, all that may happen is that they may haunt me in the middle of the night. The living, on the other hand, are different. If I depict specific traits too accurately, it is a certainty that the living will haunt me in the middle of the day. So it becomes necessary for the author, if he is to ever associate, again, with those he writes about, to soften their characters a bit for the sake of his own future sanity.
The desire to know from whence we came has probably always been an urge that many of us have harbored. Yes, we can easily document the fact that we were spawned from one primal human being. That’s elementary. What about after that? Finding certifiable records as to your lineage is incredibly difficult. Thanks to the popularity of the book Roots by Alex Haley, the subject of genealogy received a shot of much needed attention twenty five years ago. Even then, one had to search laboriously through microfilm records in hopes of tracing one’s family history. Records were, and still are, scattered all over the world. In the case of Jews, many vital statistic records were destroyed during World War II. Thankfully, today we have a worldwide method of transferring information called The Internet. There are databases that were not accessible as recently as ten years ago. These databases allow a person to trace the lives of long lost relatives.
Now you have the blueprint for my time machine. To take you into our family’s past, I used databases, family documents, books, and scrolls.
The genre you are partaking of is, generally, called historical fiction. Why does my story fall into this category? After all, this is an actual family, and with members alive today. Part of the action took place when your author was on the scene. Other parts of the story line had to be surmised. In addition, the scenes that took place in the middle ages had to be imagined due to the fact that family scribes, during those times, seemed to be in very short supply. The fact is that I am weaving transcribed information, documents, and historical data into a plausible context.
This book is not just a family’s history or spellbinding narration. It is designed to illustrate much greater concepts: ethics, love, hate, intolerance, murder, survival, adversity, triumph, tragedy, birth, death, and finally, how readers, though living in a different time and place, could easily find themselves face to face with any or all of these concepts.

Have you ever wanted to meet your ancestors?

Jew traces the author's own lineage in a mixture of truth and fiction that will take you on a thrilling and sometimes heart-stopping adventure.

John Bartel's Jew is a historic saga that turns back the pages of time in a tale that readers will not soon forget. From biblical times to the end of World War II, readers will travel through scorching deserts, Soviet slave camps and finally to freedom and redemption in America. Filled with interviews, documents, and photographs that bring the past to life.

The greatest day of the author’s life was when he was born in San Francisco’s Children’s Hospital. The year was 1943. Things then deteriorated from there, as they do for many.

No street urchin stories have been penned by this author since his father was an extremely successful clothing merchant leading to the author’s rather affluent childhood.

Unfortunately, the father’s business acumen found its way to the son in what could best be described as a light dosage.

Nonetheless, the author did graduate from San Jose State University with an English degree and achieved his first successes in the writing field by penning articles for the university newspaper and by contributing both short stories and articles to the university feature magazine “Lyke.” Further, despite the fact that he wrote entries in his checking account in red ink, he miraculously earned a MBA degree in Accounting.

Armed with theory enough to carry even the most stalwart to starvation, the author actually established successful real estate and financial consulting practices. Of course, success, like beauty, is left to individual definition.

He presently resides in Placer County, California, a picturesque location that has spawned stories from some other writers of note.