The Hauntings of Drake Terrace 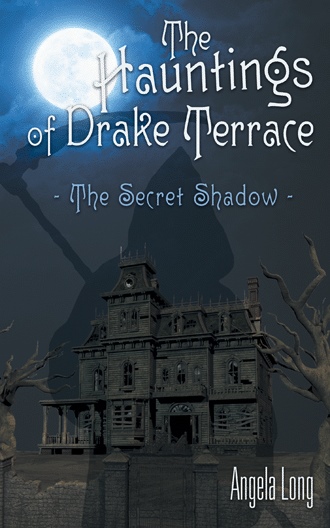 “Headmaster Quizmore….we have a very disturbing issue. Professor Moondare has Alexander and Rupert. He doesn’t know that I saw him take them into his class room. I have been watching that room for a while. As disturbing as that is; it’s not what frightens me the most.” The headmaster had listened intently to the professor and he was becoming very concerned. “What is it professor? What has you so frightened?” The professor sat down in the chair across from the headmaster’s desk. Then, he began to tell his horrifying story of the dark and haunting phenomenon that has been going on in the classroom of Professor Moondare. “Well, it happened late one night. Everyone had gone to bed and I couldn’t sleep. I kept hearing that loud, howling coming from the back of the school. I decided to get up and go for a drink of water. While walking to the kitchen…I came up to Professor Moondare’s classroom. There was this green mist escaping out of the room and seeping into the hallway. So, I decided to take a closer look. Lucky for me, the door wasn’t closed; it was cracked open just a little bit. I decided to investigate; I slowly and carefully pushed the door open and stepped into the classroom. That’s when I noticed his office door was open. When I walked up to it; I saw a secret passage hidden behind the bookshelf; it too was open. I looked all around the classroom and I didn’t see Professor Moondare anywhere. I was starting to become nervous by this time. I just knew he was going to walk in any second. When I didn’t see him; I decided to investigate further. I looked inside the secret passage and I saw that it too led into another room, the room was a lab. What I saw in that lab will haunt me for the rest of my life. There…..lying on this bed…covered in a sheet except for the head was………a monster. That’s all I can think of to call it. It had a resemblance to Professor Moondare but…it didn’t look human. There was no hair on its head and the skin was moist looking. Its features were distorted. It was hooked to numerous machines that seemed to be keeping it alive. I had to know….I walked closer and picked up a corner piece of the white sheet. Its body was semi-covered in hair and I saw that it was a male. The closer I got…the more I realized that this “thing” was a duplicate of Professor Moondare. Or as close as one could get. The room it lay in was a mess. Papers were strewn all over the floor, books lay open all over the tops of counters. This is another thing I find quiet disturbing…there were beakers filled with liquid all lined in a row beside the sink. Written on each one was….the names of students. It seems as though Professor Moondare has the students working to help him with whatever this concoction is!” Headmaster Quizmore had heard enough. He began shaking his head in disbelief. “How could I let this happen in my own school?”

Alexander Holloway is three days away from his thirteenth birthday when he senses something dangerous is looming in his future. After his uncle accuses him of digging into their family secrets while attending Drake Terrace boarding school, Alexander heads toward Professor Holloway’s office hoping to find some answers. But just as he is about to arrive, he sees a dark shadow under the headmaster’s window. There is no question that there is something evil at Drake Terrace.

Things go from bad to worse after Alexander meets Professor Moondare, a scary looking science teacher who gives him a bad feeling. After the headmaster confirms his suspicions and tells him he is in more danger than ever before, Alexander realizes the shadow is stalking him and he must do everything in his power to save his dead father’s most prized possession. As a loud howl haunts the school’s hallways, students begin disappearing, another student stumbles upon open graves, and a professor finds a secret door. But everything comes to a head on Halloween night as Alexander attempts to outrun evil.

In this supernatural tale, a dark shadow haunts the hallways of a boarding school, exposing secrets and leaving the fate of one of its students in the hands of his classmates, professors, and a presence from the past.