Run for Your Lives 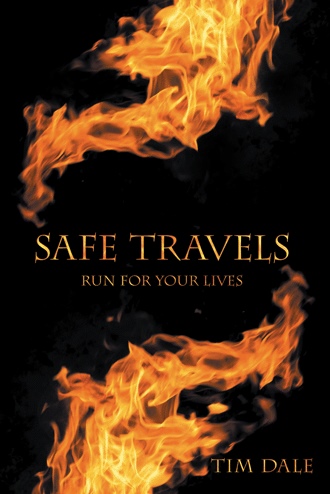 The dungeon was dim. With the majority of it being underground, light was secluded to one small window. The bars going across only let in a minimal amount of light. The dungeon was old and leaking in the corners, casting the open area with the smell of mold and mildew and the rotting prisoners' bodies. Chains were hung amongst the columns that filled the room. Some were hung along the walls. In the far, east corner laid a skeleton of a man sentenced to life in imprisonment. Two old men were in chains for raping and murdering young women throughout the town. These cases were usually dealt with by execution. However, being former workers of the Magistrate allowed them their lives. Rats made the place their home, lurking in the shadows and eating off of the prisoners.

A woman was chained in the center of the dungeon. A steel collar was around her neck and chained to the wall. She sat on her knees with her hands tied behind her back. She wore only skimpy panties and tattered shoes. Everything else had been ripped off of her when she was captured. Her name was Morgan. She was young with short, blonde hair and in good physical shape. The door opened, shining light on her and revealing fresh bruises and running mascara. The chain was unlocked from her neck; a man grabbed her arm and yanked her up, then dragged her through the door. The collar was replaced with a noose. With her hands still tied behind her back and still barely clothed, Morgan was led outside and down the street of the town square, barely able to see over the brightness of the sun.

As Morgan was dragged down the town square, her eyes adapted to the sun and she took notice of the beautiful town she had come to visit. This was the town of Coulterfield, one of the most wealthy cities in all of the Kingdom of Walcaster, only second to the Royal City. This Kingdom was enriched by its extremely productive timber industry. Walcaster was known for having the tallest trees on the entire continent. The town was as clean as she had been told. True craftsmen, with the finest, quality materials, constructed the buildings that surrounded the town square. The roads and walkways were paved with cobblestones. The trees and bushes were as well manicured as the lawns between the roads and buildings. The sun shone bright in her face as she tried to look forward. Because of the brightness, she had to turn away. To her sides there were many people out and about shopping in the various shops.

They entered the area designated as the farmer's market. Each side of the main road had dozens of fresh produce stands set up with every vegetable imaginable, along with various fruits and herbs. The people began to take notice of the nearly naked woman being led to the execution platform. Crowds of people began to form. They all wanted to see the beautiful young lady that was being led to her death. The center of the town was populated with men and women of middle class. They didn't deal with suffering and sickness. They were clean and well clothed. It wasn't until you got to the edges of town that the poor and sickly folk, mostly outcasts, could be seen. But during this time of day all the different classes of citizens would come to this busiest part of town to buy or sell wares. The crowd did not know of Morgan. People began whispering, trying to find someone that knew of this woman. Nonetheless, an execution of any means was worthy to watch.

The guards dragged her toward the execution platform, which sat in front of the town courthouse. She saw a glimpse of a man standing on the platform waiting for her. She tried to resist, but a forceful pull from the guard, holding the rope, was all it took to keep her moving the way he directed her. She was extremely tired and weak from the night without sleep as she recovered from the poison that was in her system. The poison they used the night before to drug and capture her. She spent the entire night on her knees on the stone floor, because the chain that had restrained her to the wall was too short to lie down or for her to even stand. She was led up onto the stone platform and tied to the wooden post with blocks of wood surrounding her feet. This town, known for their history of burning Witches, has become accustomed to using this method for all of their executions. Their intentions were to burn her too. She looked into the eyes of the extremely tall man that had been waiting, the Magistrate. He stood there, all seven feet of him, wearing his uniform armor with mail underneath. His chest armor was adorned with the kingdom's insignia. His head was shaved bald and his face beaten, with his left eye black and bandaged.

He moved in close to Morgan and whispered, "You should have accepted my offer last night." Then slightly raised his voice, "Now you can burn whore."

On the opposite end of the town square, was a thick group of cherry blossom trees in the center of the road, on a raised bed in front of the Magistrate's office. Surrounding the trees were manicured bushes and stone steps to the road. Within the trees, three girls hid. They watched as a blonde, topless girl was dragged through town to the platform. They came to Coulterfield to find a thief named Morgan and were going to pay her to help them in exchange.

The blonde whispered, "Is that Morgan?"

The tall brunette replied, "Not sure. But she does fit the description we were given."

The Magistrate turned away from Morgan and faced the crowd and said, "Ladies and gentlemen, behold, here before you stands the infamous Morgan. She is wanted for theft in over fifteen territories."

The crowd shouted loudly now that they knew who she was. Their ferocity and excitement for an execution grew stronger.

From the distance, the girls hiding heard what the Magistrate said to the crowd.

The tall brunette, "That answers your question. That's definitely her."

The third girl, a brunette in red, added, "Megan, let Green know we found her."

The brunette, Megan, lifted a necklace, with a large jewel, from inside her shirt. As she lifted it up, it began to glow.

Megan spoke into the jewel on her necklace, "Mr. Green, we found her. She's here in the town of Coulterfield, like you said." Perplexed, she added, "She's about to be executed."

The other two girls gathered around close to look at Mr. Green's image as he replied. His image appeared in the stone.

"You can't let that happen," said a panicked Mr. Green, through the stone. "You have to stop them. You need her."

The one in red turned away, irritated, "This is about to get ugly before we even start this mission."

"Don't worry, we'll have her in a minute," replied Megan.

"Good to hear, girls. Let me know when you have her. Safe travels."

He disappeared from the stone as Megan tucked her necklace back into her shirt.

"I really hate when he says that. Every time he says 'Safe Travels', we end up running for our lives," said the blonde.

The one dressed in red began to push past the branches of the cherry blossom trees, down the few steps, and toward the cobblestone road.

"Let's do this," she said, as the others followed.

They stepped out onto the road and quickly walked toward the crowd.

The Magistrate's men finished tying Morgan to the post and stepped away.

The Magistrate continued to speak to the crowd, "She is also charged with prostitution, murder...."

The crowd gasped, for they did not know of such acts.

"I am no prostitute, and I've never murdered anyone," Morgan shouted as she interrupted him.

The people shouted her down.

On Kainos—a planet very similar to Earth in many ways—a young thief named Morgan awaits her fate. Trapped in a dark dungeon, beaten but not broken, she silently vows to gain both her freedom and revenge. But time is running out as her date of execution draws near.

Morgan’s is a world of dark magic and cruel ambition, a culture where witches and sorcerers battle for control or independence against regimes that will do anything to control them. Life is a constant struggle to keep the dark forces at bay.

Megan and Alexandra have been sent from Earth to save the young thief from death by fire, but time is not on their side. With the help of their mentor—the mysterious Mr. Green—they must now devise a plan to outwit Morgan’s many enemies, including a band of ruthless lawmen, terrifying witches, and the daunting power of the corrupt nobility. Together, they will fight the fight in any way they can—or die trying to save this woman and her planet.

Rich with intrigue, magic, deception, and stirring adventure, Safe Travels brings you into the alien society of Kainos. Can the forces of good outwit the more powerful servants of evil, or will Kainos be forever lost to the dark arts?

Tim Dale has been a fan of the world of fantasy since before kindergarten when he saw his first comic book. He attended the Art Institute of Pittsburgh. A native of Washington, DC, he grew up in Bowie, Maryland, raised his family in Fredericksburg, Virginia, and now lives in Munfordville, Kentucky.