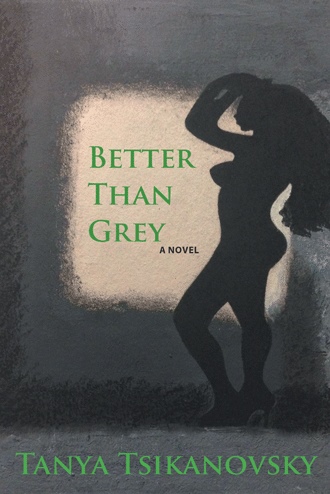 When I started gearing myself up to the idea of sleeping with a man, I finally accepted it wasn’t just for the story. I wanted to be dominated. I wanted to know what it was like to get off without thinking about pleasing someone or worrying about being good enough. No matter how confident you are or how sexy you think you are there is always that moment of nervousness when the woman you are attracted to takes your clothes off and observes everything your body is doing. Then there’s always the issue of letting your guard down, letting yourself moan loudly, breathe hard, and tell the girl whether to slow down or speed up. Those are all hard to do with someone you genuinely yearn for because there’s always that fear they won’t love pleasing you as much as you love being pleased by them. But when you’re not attracted to the person, your fears go out the window. You don’t care about what they think about your body. You just care that they are touching it the way you tell them to.

I wanted to experience that kind of careless selfish sex but I didn’t want it from some butch with a sports bra and a shaved head wanting to be my daddy. I wanted it from Sahtar, a seductive, feminine woman with lipstick on, long hair flowing, and heels that crushed my dominance into the pavement. But when I was fortunate enough to have her so long ago, it was so nerve wrecking being exposed that despite how good she felt in between my legs, I always had this ache of self-consciousness accompanying her movements. So I knew that before I would grow into the woman that would be comfortable being dominated by her again, I needed to become comfortable with myself first.

I started looking through my Facebook for names of men I knew would want to fuck me. I didn’t have too many guys on that list but I had a few that always wanted to be my male exception. In fact I remembered years back I promised my friend Michael that if I would ever be in need of a guy, I would call him. I hadn’t seen or spoken to him for two years but I always saw him on Facebook chat and decided to reach out.

So you remember that promise I made you way back when? I messaged him. He responded with: The one about you taking me to Disneyland? I must have forgotten that promise. No, I said: The promise that if I were to ever fuck a man, it would be you. He was silent. I saw him typing but then he would stop and there would be no movement for another minute. I wondered what he was thinking. If he had been joking and if I had just completely made a fool of myself.

I started thinking about the fact that I had just propositioned a guy. I had, had my gold star for twenty-two years (a lesbian term for never sleeping with a man) and had given only one blowjob back when I was fourteen and since then been exclusively with women. So when it came to being ‘pounded’, let’s just say the tool was never attached to a body and certainly didn’t have a sack of heinous hairy ornaments dangling from it. As far as I was concerned, I had planned on spending the rest of my life never knowing what heterosexual intercourse was like. But here I found myself asking a guy to fuck me.

I suppose the curiosity for complete and total sexual submission got the best me, as well as the question: could I really spend the rest of my life convincing women that lesbians were better if I didn’t know exactly how awful men really were? I was thinking about all of this when Michael finally typed back: You just tell me when and where, baby. Great, now I was his baby.

What began as a fun, hot affair between Dani, a college student, and her English Professor, Sahtar, quickly turned into an intensely emotional and confusing ride that completely changed the way Dani saw the world and herself. With hilarious and super sexy scenes, as well as thought provoking commentary, Better Than Grey highlights the pains of growing into an adult, experiencing the agony of misreading a situation, and learning the brutal lesson that the answers we want most are never as clear as black and white.

Tanya Tsikanovsky is a Los Angeles native who holds a BA in English Literature and Writing and an MS in Organizational Behavior Management. Her passions include eating, globetrotting, activism, and Israel. She lives in California with her fiancé, Melody, and their pup, Goozoo.