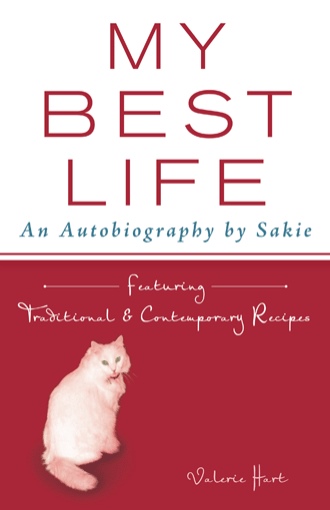 AND THE CATS THAT CHANGED HISTORY

With over 100 ethnic recipes

I DISCOVER WHO I AM

I AM AN EGYPTIAN MAU

“The smallest feline is a masterpiece.”  Leonardo da Vinci

I DISCOVER WHO I AM

When the family came home, they agreed I was the prettiest kitten they had ever seen. They set food down for Bodger, now known as Sam, and a small dish of canned kitten food for me. I was so famished I swallowed it in one gulp. At the end of the day Sam followed her parents into their room and Susan carried me through hers into a bathroom where I was dropped into a box filled with kitty litter.

“Now this is where you go when you have to go.”

I already know this. After all, I am a cat or will be in a few short months when I am no longer a kitten. Cats are instinctively clean. We don’t have to be told where to go and what to do.

I lay my head on the carpet next to her desk while she does her homework. She closes her books and carries me to her bed and tucks me into the fold of the blanket. Then she crawls under the covers, turns off the light and, lightly scratching the top of my head, curls onto her side and falls asleep.

Her shoulder length chestnut brown hair covers the pillow, cascading in all directions. Golden highlights mixed with deep burnished auburn catch the moonlight that shines through the window, beckoning me to crawl within. The sensation of that hair is the most wonderful experience of any life I have known. Its soft warmth envelops my entire being. I work my way farther into the luxuriant waves and fall into a euphoric deep sleep. It is to become my sanctuary, my secret place for the next year. Even after she abandons me for another I will dream of nestling in that pasture of loveliness.

When I wake in the morning, I quietly jump to the floor so as not to disturb her. As I pass the door to the bathroom, I see another kitten. I stop, turn, and move slowly towards it. The kitten is white just like me. I cock my head to the left. It cocks its head at the same time in the same direction. I raise my paw to touch it and it raises its paw at the same time.  Instead of feeling the soft pads of another kitten, my paw collides with something hard. I jump back and let out a meow. Its mouth is open in the shape of a meow also but the only sound is coming from me. I walk back and forth in a circle watching in puzzlement as it does the same. I fall onto my stomach with my legs stretched out and wait for what seems an endless length of time. At long last Susan comes through the door. She sits on the floor next to me. I see a girl who looks exactly like her sitting next to my kitten. I meow in puzzlement again.

Mirror? Me? I remembered seeing my reflection in the stream near the walls of the Gotokuji Temple outside Tokyo, Japan. It was in the early 1700s. The Temple had been built several years earlier in 1697. I looked exactly like the paintings of the Bobtails on the walls. The water reflected my large oval, slanted eyes and high cheekbones. Most important was the break in my whiskers, which matched the perfect “pompom” tail that distinguished us as the revered breed of nobility. I knew the Japanese had once considered Bobtails to be good luck symbols but we no longer lived with the wealthy or in the Emperor’s Palace. In 1602 we were turned out to the streets and farms to rid the country of the mice known as vermin that were eating the cocoons of the silkworms. Without silk, Japan would become an impoverished nation. Even the most revered “kink-tail” Bobtails were let free to fetch for themselves. It seemed that good fortune for the ruling class was the silkworm rather than the Bobtail. My discovery that I embodied the perfect characteristics of the white long-haired Bobtail, complete with scattered patches of black and red on my gleaming coat and dwarfed bushy tail, saddened me. The beautiful Bobtail cat that was brought to Japan by the Emperor, Ichijo, in the tenth century to be pampered and sheltered was now banished to oblivion. I had all the credentials of royalty, but I was born at the wrong time. This was my fourth life, approximately eighty years after I had traveled with Bodger and we became immortal as the white dog and white cat that brought good fortune to the Ojibway Indians. But their good fortune did not include me in my next life that I lived alone, lonely and hungry.

I ponder if who we are and the time capsule in which we are created is an accident of birth or planned by some inventor fixated in a mood of diabolic or gratuitous humor.

I gaze at the kitten sitting next to Susan. The bright rays of the morning sun with their miniscule particles of left-over dancing stardust reflect through eyes as green as the sea on a clear summer’s day. I am no longer a Bobtail. My white hair is beginning to grow thick but my tail is too long and exceptionally wide.  There were neither black nor red patches in my fur and my features are beginning to resemble those of the Egyptian profile of the Royal Princess, Baknuk, one of the sixty daughters of Pharaoh Ramses II. Suddenly I remember. I was the royal cat of the princess. It must have been my second life. This was the era when we were valued for our mysterious qualities and idolized as bearers of good fortune.

Sakie is a twenty-two pound eighteen year old historian, philosopher and dreamer known to her friends and family as a food aficionado. Sensitive, poignant and humorous, she hastens to write her autobiography in her last hours. With details of her escapades with her present family, she shares adventures of her three other lives and the lives of cats she meets that tell their stories as the protagonists that changed history. She begins with her first life as the cherished mau of Ramses II. Her dreams take her to the ill-fated Spanish Armada and Alice’s Wonderland with the Cheshire Cat. In real life she meets the pampered feline of Madame Royale, the black cat that saved Siena from the Plague and the handsome SAR American Tabby who tells the story of his heroic ride during the American Revolution. Her present life is detailed with travel from Miami Beach to Mount Dora and up the magnificent St. John’s River. Each story is followed by historic and modern recipes that create a combination novel and cookbook.

Valerie Hart, cookbook author (Bounty of Central Florida, New Tradition Cookbook), food and travel journalist, Zagat editor and host of the television show, Back of the House, teaches cooking to benefit charitable causes. Educated in America, Paris and London, she and her husband, Buddy, manufactured and imported traditional furniture from Italy for three decades. Awarded “Outstanding Woman of the Year” in Miami, she lives in Mount Dora, Florida.