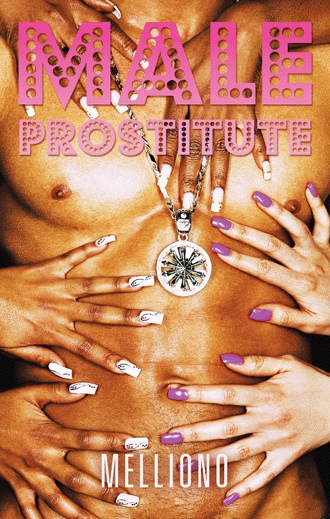 Ricardo Taylor is a sexy, handsome, vibrant and cunning 26 years old with a high sex drive and a taste for the finer things in life living and working as a successful male prostitute in Atlanta GA, where he was born. Rico Suave is what the ladies call him has accumulated a large list of clientele from all walks of life, married woman, successful corporate woman and business owners who pay him handsomely for his services. However pimping isn’t easy, each one of Rico’s clients have a story to tell and as he moves and shakes around the city trying to meet their needs some have his clients personal issues get complicated and get him in a lot of trouble. Rico, always the playboy with a large and in charge attitude tries to maintain his image by keeping the ladies in line however, some of the issues these woman have are even hard for a playboy like him to handle. Eventually Rico runs into Kelly a woman who is his match she is smart, sexy, cunning, ambitious, freaky and Rich. A woman he never prepared to fall in love with or even think he would marry especially not a clients. As Rico tries to transition from being a prostitute to being a committed man for the first time in his life every obstacle that could come his way does. Rico being one that must always be in control of every out come when it involves his business relationships finds himself on the other side of the fence when he makes the decision to leave the game. He began to loses control when one of his clients tries to blackmail him, another clients husband is trying to kill him and another one has just informed him that he is about to be a father, all this drama while trying to keep his relationship with Kelly (his fiancé) intact. By the time his wedding rolls around Rico is feeling like he is on top of the world and nothing or no one can bring him down, but as the saying goes everything that can go wrong will go wrong. After the tragic accident that takes his wife and unborn child life, Rico began to spiral out of control and into a world he has never ventured before, working as a Pimp for a high price prostitution ring. Recruiting beautiful young woman from the streets, dressing them in designer clothes and putting them up in a home where their clients can come all under Rico’s watchful eye However, little did Rico know all of these woman had agendas of their own. In the end of course Rico’s demises was at the hands of one the prostitute he kept close to him, the one who loved him the most but also felt like she had nothing to lose and if she couldn’t have him then no one could.

Twenty-six-year-old Ricardo Taylor is handsome and cunning, with a high sex drive and a taste for the finer things of life--a taste he satisfies by working as a successful prostitute in his hometown of Atlanta, Georgia.

Known as “Rico Suave,” he has a list of clientele from all walks of life--from lonely and insecure wives to successful, high-powered corporate executives--and they all pay well for his services. Sometimes clients’ personal issues complicate things, but Rico’s got it under control--that is, until he meets Kelly. His match in many ways, she is smart, sexy, ambitious, and extremely wealthy. As the two grow closer, Rico finds himself unexpectedly falling in love. But the transition from prostitute to committed man will be difficult, and life throws plenty of obstacles in his way. Only time will tell if he’ll be able to find true happiness outside the game.

In this novel, a young male prostitute finds himself unexpectedly falling in love and working toward leaving his profession behind to commit to the relationship of a lifetime.

I would like to introduce myself. my name is Melliono. I was born and raised in Brooklyn, NY until the age of 14 by my single mother, who decided the streets of New York were getting to rough and moved us to Atlanta GA, where she believed we would have a better life. As a child my dream was to become a famous rapper so my mother always encouraged me to write, she would always say the money was in the writing not the Rapping. Writing has always been an outlet for me as a young kid and throughout my adulthood. When I was 25 years old I was incarcerated for defending myself in a fight and I am currently in the process of appealing my case. While I await my fate I have been writing. At first I would write just to keep myself busy so that the negativity that is prison life does not distract me, however now I see that I do have a gift from God a talent to create and bring my imagination to life. I believe in myself and my abilities to create characters and stories that will appeal to the masses of people who enjoy allowing their imaginations to run wild through the pages of a good book. Male prostitute is my very first book and I am proud of it. In my opinion I reached deep down inside of myself as an artist and created Rico who is a combination of a group of men I knew growing up in Brooklyn NY, as well as some men I have run into over the years in Atlanta, GA. This book is raw and gritty, it is a great depiction of the language of the streets of Atlanta GA. Rico was someone I thought I would like to be but never had the heart so I decided to bring him to life on paper. His character is bold and very innovative for a young black male living in Atlanta GA, because he did things some young black men would dream of doing but would never be bold enough to actually do it. This book is also a depiction of how I saw life growing up and running the streets of Atlanta GA. Autobiography of a male prostitute is defiantly a page turner and will keep the reader guessing what Rico will do next, with twist and surprises the whole way.