A Story of Espionage, and International Intrigue

by A. E. Wasserman 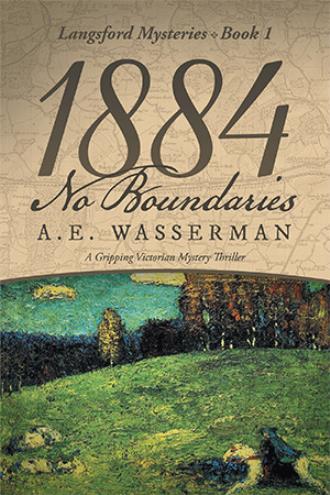 The Rhineland Prussia, Bullay, Germany
April 29, 1884
Reeking of ale, the German pushed his way through the crowd of merry-makers, stumbling toward the door of the beer hall. He shoved past one last heavy-set man and made it through the entrance, out into the cool night air.
He’d lost sight of his brother and worried Marc had left. He should never have told him; no one else was to know. Verdammt, now his brother knew too much and was too stupid, zu dumm, to understand the necessity of what the others planned—the far-reaching implications. No choice now. His little brother had to join in.
Desperately looking up and down the dimly gas-lit street, he saw only a tall stranger walking toward him. Who the hell was this man? He knew all the people in the vicinity of the village. The German proceeded unsteadily to confront this outsider. “Wer bist du? Who are you? What are you doing in this village?”
Startled by the German’s belligerence, the newcomer abruptly halted. After a breath, he calmly replied, “I’m headed to the train station.”
The angry drunk staggered closer to block the way. At a couple inches under six feet, he stretched taller to be eye to eye with the stranger. “Is that your horse there—the one in the harness? I see no wagon. Did you steal it?” Karl accused, hoping for a fight because he felt like one.
The stranger stood more erect, and with a dark look in his eye defiantly replied, “No. It’s not mine. Now let me pass, danke.”
Karl squinted harder at the stranger but failed to yield, and the two men stood eyeing each other. After a long minute, the drunken German broke eye contact, looking sideways. He took half a step back when he remembered why he’d come outside. Less threateningly he asked, “Have . . . have you seen a man come by here? A little shorter than me, with brown hair?”
“No, I’ve seen no one,” the stranger said evenly. “Excuse me. I must go.” With that, he stepped around the drunk and without looking back, continued toward the depot.
Karl glared after him, wanting to fight the arrogant bastard, but again remembered he was worried about his brother. He had to find him and force him to join the group. Otherwise, the consequences could be dire: death, for one or both of them.
He staggered on down the street, attempting to hurry. Turning up a tree-lined lane, he spotted someone farther up whose silhouette resembled his brother. Then he heard the clip-clop of the harnessed mare behind him. Loose, she followed him as he went, much to his annoyance. Just as he was going to wave her away, he heard Marc calling. He left the horse and walked to his sibling. Now he would settle everything once and for all.
Five short minutes later, Karl rushed back down the lane. His veins coursing with adrenaline and a head clear of everything but what he’d just done. Racing toward the street, he spooked the little mare. The train whistle announced its arrival at the station, but he didn’t hear it as he tucked the knife with its sticky blade back into its sheath. Wiping the blood from his hands onto his shirt, he hurried through the darkness to his home two blocks west.
###
As Karl ran, his legs pumping fast and the heart pumping faster, he heard the screams as men hurried from their homes, some even in nightshirts, and into the lane. They found the bleeding brother sprawled beside bushes along the lane. One man clamped his hands tightly over the blood spurting from the dying man’s chest. Another ran to get the town watchman. Someone else caught the mare and tethered her. Others hovered over the bleeding brother, asking who stabbed him. “Did you see who it was? Was it a robber?”
All they could hear in a whisper bubbling with blood was, “Bismarck . . . a . . . a plot . . . stop . . . kill him. . . .” 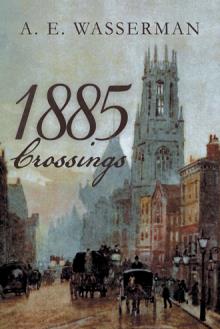 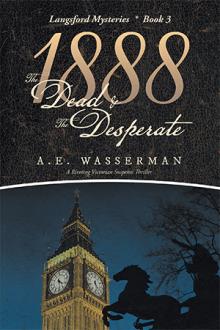 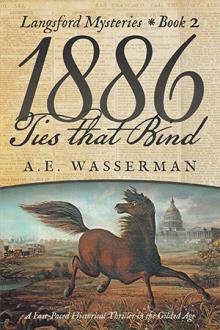 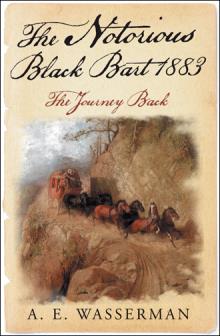 Recently married LANGSFORD, born of wealth and privilege, is bound by the restrictions of Victorian society. Dynamite has been invented, but the term “homosexuality” has not and men can be arrested for either.

What should be the end of the story becomes the beginning, for Heinrich falls in love with her, never part of the plan. Instead it becomes the catalyst for everything that follows when he flees Germany to return to her. Events unfold that expose terrorists, espionage and international intrigue.

Langsford walks a fine line as he crosses boundaries he never imagined, rubbing elbows with spies, killers and would-be assassins to save his friend, stop an assassination, and prevent a war.

A.E. Wasserman wrote her first novella at age 14 and never stopped writing. She graduated from The Ohio State University and lived in London and San Francisco before settling in Southern California, where she lives with her family and her muse, a Border Collie named Topper. She recently received top honors from Writer’s Digest for her work.