The Journals of Bob Drifter 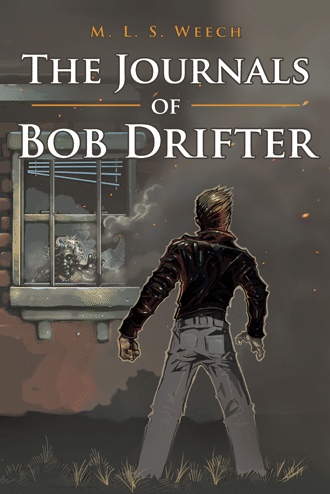 There’s never any rest for the weary nor the wicked.  I’m trying very hard to focus on one particular project, but other tasks always seem to pop up.  It’s never the way I’d like it to be.  I never know what to expect, but when I’m called, I must answer.

Today I met Magdalen.  She suffered needlessly, and I blame myself for it.  I’m starting to get too tense.  I’m only doing what I’m meant to do. Before I started this job, I was happy with my work.  What’s changing?

Magdalen Wallron was terrified.  The 76-year-old woman woke up to find herself surrounded by flames.  The heat was already so bad it was hard to breath. It seemed she left the gas for the stove on when she went to lie down for a nap.  A spark, so small and life changing, was just enough to start the fire.  The short burst of ignited gas caught on the curtains.

The kitchen was well on its way to ash, and the living room was engulfed, all from a simple spark.  The thick and pungent smoke filled her lungs.  The heat was so intense she could feel the sweat of her body run hot down her face and back.

The flames blocked her path to the door, so she huddled herself on the couch and beat furiously at the window screaming for help, too weak to break the glass.

She thought she had imagined him for a moment.  A young man walking down the sidewalk was an answered prayer to her.  But why did he stop?  He was…watching?

She screamed at him and pounded on the glass.  The skin on her hands broke and spots of blood smeared the window.  The man grimaced, as if it hurt him to watch, but he didn’t do anything else.

“God, please help me!” she called to him.

More smoke billowed into her lungs, causing her to cough.  She sucked in a deep breath.  It was the wrong choice.  Her lungs tried to bring in more air, but the smoke continued to make her gasp.  She gasped, and smoke flooded her lungs again.  Each cough forced her body to reflexively inhale, and each new breath only caused her to suck in more smoke.   She felt light headed.  The whole time she never took her eyes off of the stranger.  She tried to plea to him with her stare, but he only stared back.  She found herself wondering why his stare held so much regret.  He could have saved her, if he only wanted to.   Why didn’t he want to?

With each fateful gasp, she took in less and less air.  She took one final breath before she fell onto her couch, which had just started to burn.  The last thing she saw was an arm burst through the glass.  Wonderful, she thought wryly, angrily.   A hand grabbed her.  Now he grows a conscience.  She knew the stranger was too late.

Bob winced at a piece of glass that cut into his arm when he forced his elbow through the window, but he considered it a very mild punishment for waiting so long.

She was already dead.  Her glazed eyes begged the question why, and Bob was glad he didn’t have to explain.  She was dead, and she suffered.  Bob didn’t have to let her suffer, or at least he didn’t think he had to.  But, she had died, and he was there to watch as it happened.  That much comforted him.

Bob made sure none of his clothes had caught on the glass.  He picked up the shard with his blood on it and the surrounding bits just to be sure.  He took off the cut vest and wrapped the glass inside of it.  He’d have to burn it.  He’d throw the glass out after he washed it.

It never went the way he thought it should, and to him, it always left a mess he didn’t want to clean up.

Bob Drifter is a substitute teacher with a secret. He seems like no more than a polite young man who loves to read and mentor students in his free time. Yet, on the side, Bob takes part in some rather strange extracurricular activities that soon attract the attention of local police. For some reason, people have a way of dying around him.

It’s not his fault. Maybe he just hangs around people who are already dying. Maybe he has bad timing. But Bob knows better. He has a secret mission that must be completed before he ends up in prison or raises the ire of the most frightening individual in the supernatural world. No pressure.

A terrifying new force has set foot into Bob’s life, and a string of ghastly mutilations follows this figure wherever he goes. Now, Bob has to keep his own secrets, protect his students, and fulfill his mentor’s wishes. Welcome to the world of those who watch over the dead.

M. L. S. Weech grew up in the Arizona desert. He joined the U.S. Navy as a photojournalist and wrote several manuscripts while traveling the world. He now lives in Maryland and teaches journalism at the Defense Information School.