The Last of the East Side Kids 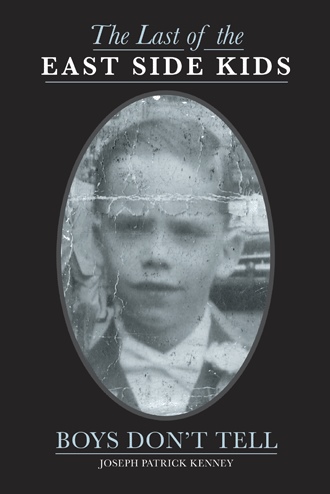 As a child not able to verbalize situations and or experiences, I have finally found the words to associate my many transgressions in life. Not as a cause of blame, but as an understanding that the past needs to be laid to rest, with forgiveness as a (stepping stone). Abuse whether sexual, physical or psychological is cause for alarm, even if it is brought to the forefront immediately. But if a child has to hold these things secretively, it becomes too heavy a cross to bear. Antisocial behavior is one way to help deal with certain cases of child neglect, and I believe that to be true in my case. And though I have been afflicted with many of the above difficulties, it serves no purpose to beat the drum of my past’s acrimony. So in revealing to you my story: all I would hope is that it advocates healing.

Some people reading my memoir might say that I have been too profane in my narratives. But I felt it had to be in order to properly denigrate the people that harmed me, and to express it in a vernacular that refuses sugar coating. I hope not to offend anyone, but if I do; my sincere apologies.

Some memories are so vivid; it's as though they happened yesterday. Lucid in detail as if I could reach out touch them. And though It makes me smile to reminisce about some things, other instances stand out as nightmares. Terrible events that I experienced as a small boy and the effects they had on my psyche.

Being four years old when these events began to unfold, my world was a small place, and I was at its center. I hadn't yet developed a history to compare against the norm. So at the time in my life when they began I thought these atrocities happened only to me. But by the time I reached late adolescence, I found to be true that these things and worse not only happened to me, but also happened to an infinite number of other children as well. In fact, it happened to my other siblings, every one of them. Though none would admit it openly.

I always had a feeling of being blind-sided, bushwhacked, the rug being pulled out from under me. Every time a traumatic event happened, there would be a period in between where I would let my guard down and then, Bang! My whole fucking world would be turned upside down. But it wasn't always this way, there were many other times in my childhood where I felt completely content and at peace.

Joseph Kenney was born on the East Side of Manhattan in 1951, surrounded by eclectic landmarks such as the United Nations Headquarters, Grand Central Terminal and The Waldorf Astoria Hotel. He was the fifth child of seven siblings, living in a Two Bedroom Railroad Flat in a neighborhood that was a melting pot of ethnic persuasions in which most families thrived.

He, though, was encumbered by alcoholism, abandonment and festering resentment and was subjected to unspeakable acts of sexual, physical, and emotional abuse. Kenney tells his story in the Last of the Eastside Kids with candor.

He was Catholic School educated from the age of six till nine, the final two in Catholic Orphanages. He left the orphanage to go to Florida with his Mother at the age of nine, bouncing back and forth from Florida to New York, left to languish in failure.

At age thirteen, He was shipped off to Hells Kitchen to live with his Father. Unsupervised he began using alcohol and experimenting with drugs, which became a daily staple in his life by the time He turned sixteen. He was homeless at the age of nineteen and was incarcerated both for drugs, and an inability to conform to society.

Barely 22 years of age when released, with both parents deceased and estranged from family, He married a girl from Queens and had a Daughter. Kenney’s indoctrination back into society did not come easily. His many mistakes hindered his emotional growth. And though He struggled for years with His past. He obtained sobriety at age thirty-two and remained that way for the next 23 years.

The Last of the East Side Kids offers insight into the world of childhood abuse and poverty and demonstrates one man’s resiliency to overcome these challenges and conquer his demons.

Joseph Patrick Kenney grew up in New York City. He has one daughter and grandchildren.